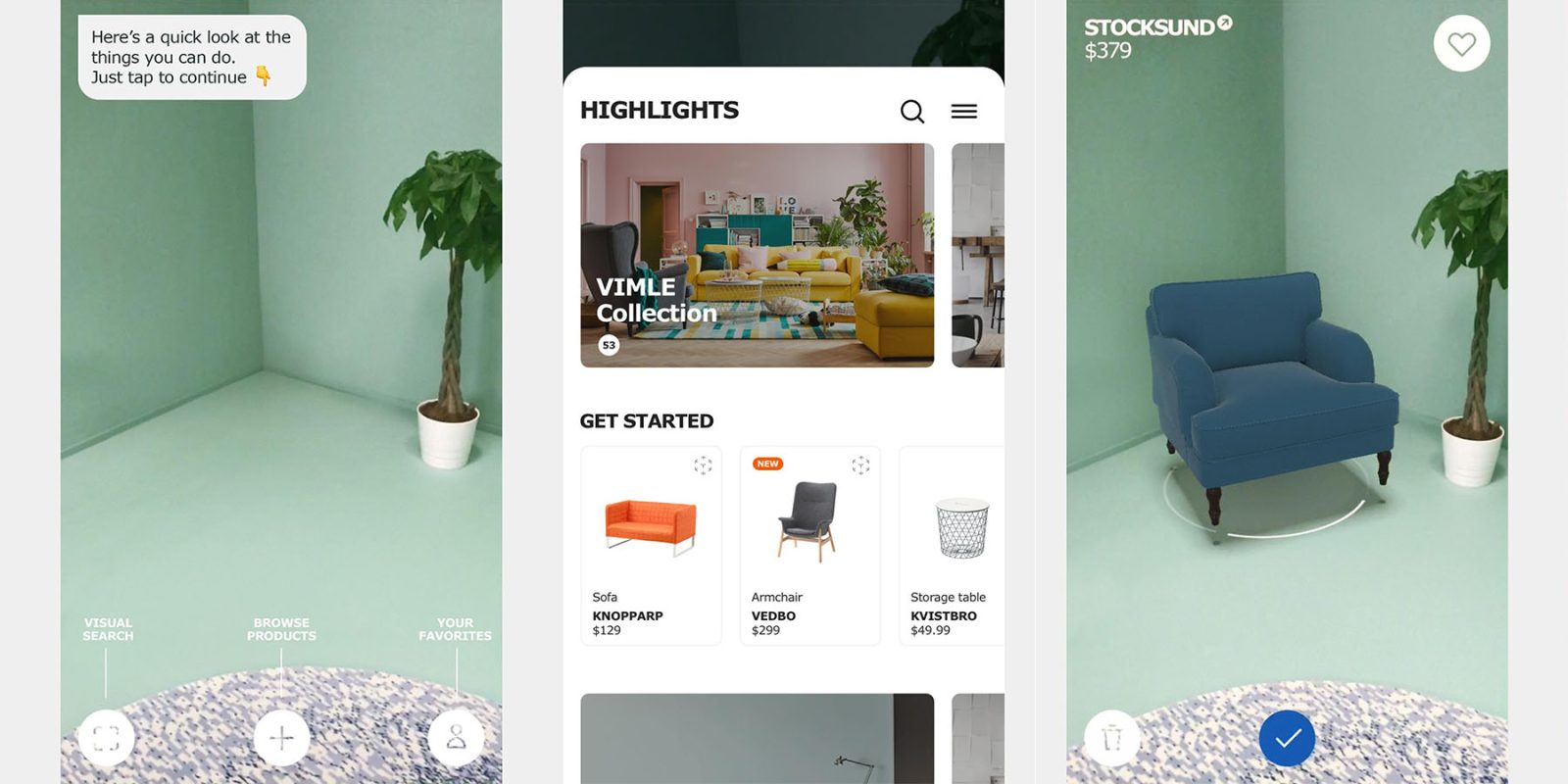 Augmented reality has a ton of uses, but one of the most common we’ve seen in the past has been testing out what furniture looks like in a home before actually throwing your money at it. This week, IKEA and Overstock have partnered with Google to use ARCore for this exact purpose on Android devices.

Now, IKEA is using that in its “Place” application, which has just launched on Android devices. This app allows users to place virtual furniture into their own home, acting as a sort of “try before you buy” option.

IKEA includes digital representations of over 3,200 of its products from the living room, kitchen, office, bedroom, and basically everywhere else in your home.

“Place” can also use a visual search feature to compare any piece of furniture you see to find a counterpart that IKEA sells. The app is available now on Google Play.

On the heels of IKEA’s announcement, Overstock revealed that its app is picking up ARCore integration. Just like on iOS, the integration allows users to view “thousands” of furniture, decor, rugs, and more all in their home through the phone’s camera.

Customers can now place Overstock’s top-selling products in an AR environment alongside their own furniture and décor to see how the size, textures, and colors match their current room’s design and flow.

Overstock is also now available to download on Google Play. To experience this as well as IKEA’s new functionality, you’ll need to have the ARCore app downloaded on a compatible device. That includes both generations of Pixel devices, Galaxy S7, Galaxy S8, LG V30, OnePlus 5, and soon, the Galaxy S9 as well. ARCore is expected to come to other devices over time.

Right alongside Overstock and IKEA, two other ARCore apps have also launched. Kaon Collaborative has integrated ARCore into its “50+ apps” which are used in enterprise, and Mondly Languages recently brought ARCore to its AR application which “brings language learning to life.”