For quite some time on Android, the OS has supported the ability for users to reply to messages in notifications without opening the app. It’s extremely handy functionality that saves quite a bit of time, but it strangely wasn’t available on Chrome OS despite similarities in the notification handling. Last year, it was quietly revealed that support for inline replies was coming, though, and now it’s finally here.

This functionality is identical to its Android counterpart. Tapping the “reply” button on a notification opens a text field which you can then type your message into and later send it. Unlike on Android, however, you won’t have to press the “send” button, as hitting the “enter” key on your keyboard will do the same.

As François Beaufort reports on Google+, this functionality is live now, but it’s limited to the beta channel. However, it probably won’t be too long before it lands in the stable channel for everyone to enjoy. 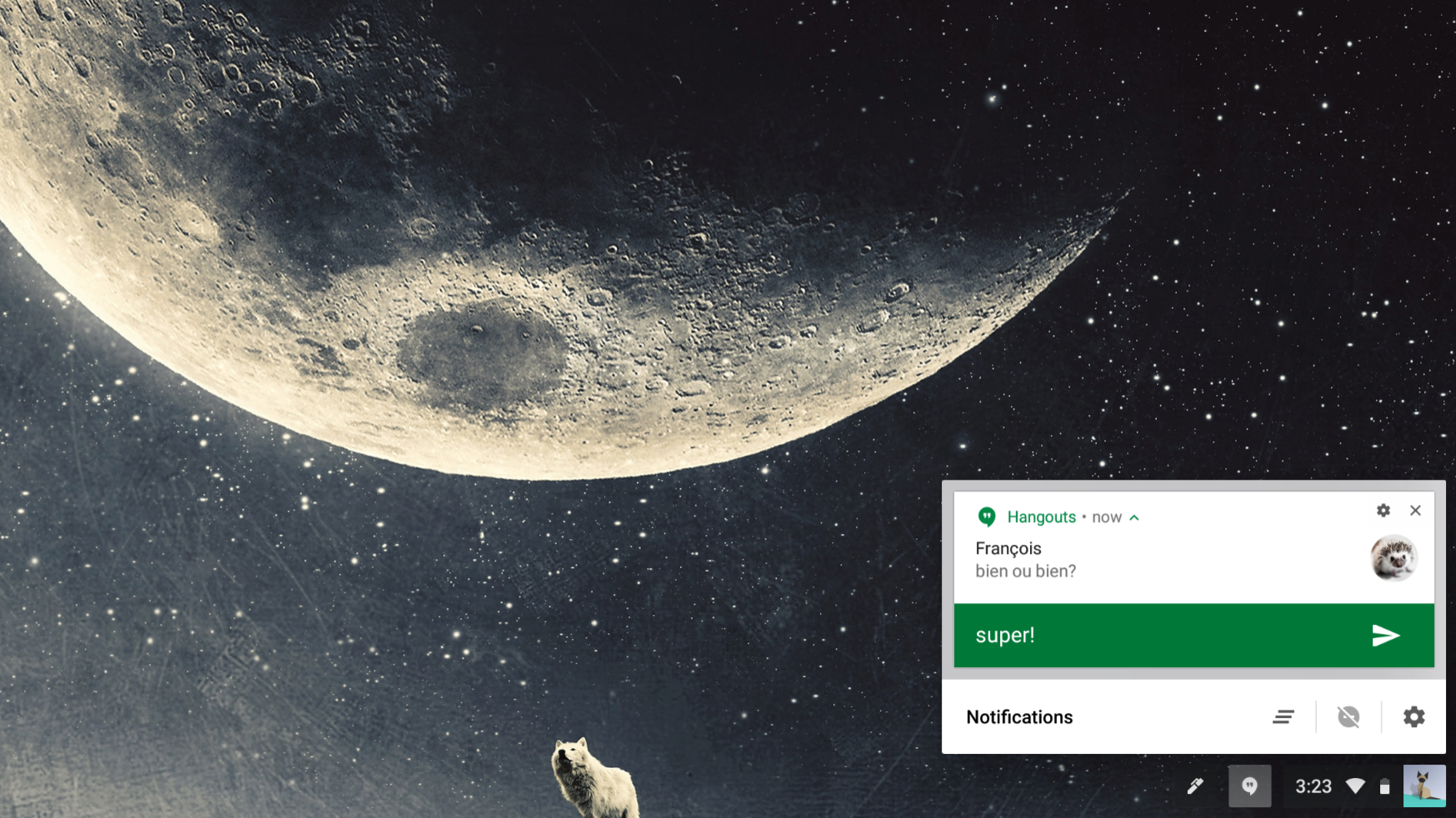