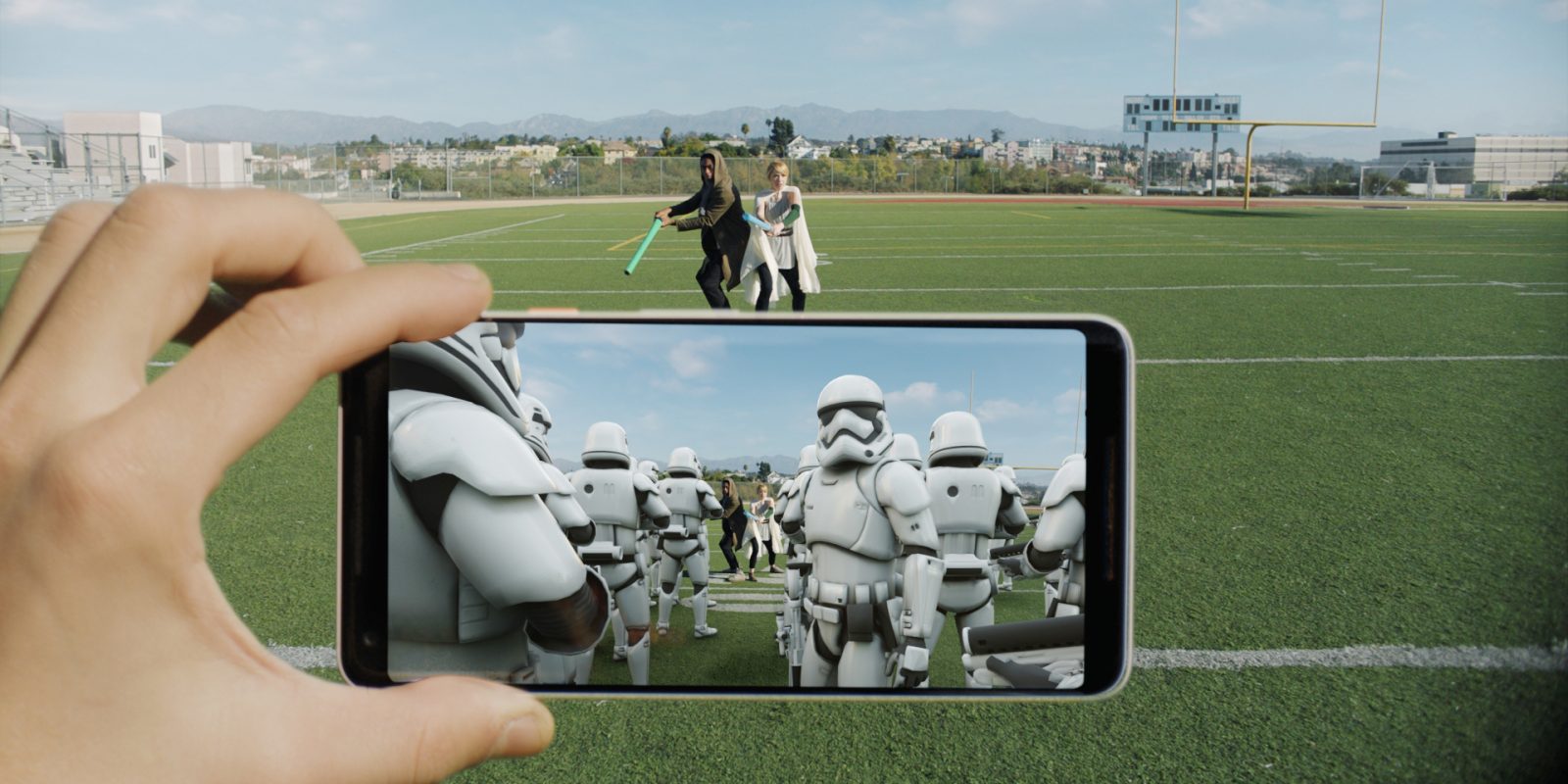 For Pixel and Pixel 2 owners, the stellar camera is further complimented by whimsical features like AR Stickers. Launched in December and hitting 1.1 earler this year, version 1.2 is now rolling out with live previews for animated stickers, while more packs are getting unbundled into separate listings.

The primary change in version 1.2 animates AR Stickers in the selection carousel after previously being static. Initially, the only way to preview the full animation was by dragging the character directly into the camera viewfinder. Often times, users were left with a crowded field if they forgot to delete a sticker they wanted to just test out. It’s a small addition, but a nice time saver when you need to take a quick picture. However, it appears to be limited to the Pixel 2 and 2 XL.

With an update in February, AR Stickers began unbundling default stickers by listing them on the Play Store. This allowed Google to update individual sticker packs, while giving users the option to uninstall ones they don’t frequently use and thus save space on devices.

This week, the Foodmoji and Text stickers are joining (via Android Police) Blocks as their own separate app listing on Google Play. Upon updating to version 1.2 of AR Stickers, users will note that those two sets are now grayed out in the top carousel. Tapping will surface a Play listing to re-add and install. At the moment, this leaves Star Wars and Stranger Things as the only un-removable defaults.