Given how early we are into the Android P Developer Preview timeline, Google has yet to reveal many details about its latest OS — especially about its design. We’ve heard some tidbits about changes coming to navigation — as discussed on our inaugural episode of Alphabet Scoop — and now Google has shared a screenshot that confirms its existence…

In a wholly unrelated post about network security improvements in P from the Android Developers Blog, a screenshot today reveals a new navigation bar layout that is completely different from what is currently on Android 8.1 Oreo. Given the topic of the article, left-hand side time, and rounded dialogue box, this is definitely an image from Android P.

Update: Shortly after publishing, Google edited the screenshot to crop the nav bar out.

The center home button is no longer a solid circle with an outline around it, but rather pill-shaped. It does not match the height of the back button which returns to just being an outline, while there is no multitasking button in this image.

Our Stephen Hall detailed a system identical to today’s leak in Alphabet Scoop 001 (at the 33:40 and 36:28 marks) shortly after the release of the first developer preview. The source said that Google was testing a new navigation bar design that is similar to Apple’s iPhone X with a new layout that removes the multitasking button for a swipe up gesture and the new home icon pill you see here.

Meanwhile, we were told at the time that the back button auto-hides when not in use. As seen by today’s screenshot, the button makes sense given how there is dialogue box that can be dismissed. For example, we’re also told specifically that the back button does not show on the home screen, because in that context the button would have no function.

Heading into Google I/O 2018 next month we will likely get more details and an explanation, as well as the second developer preview. 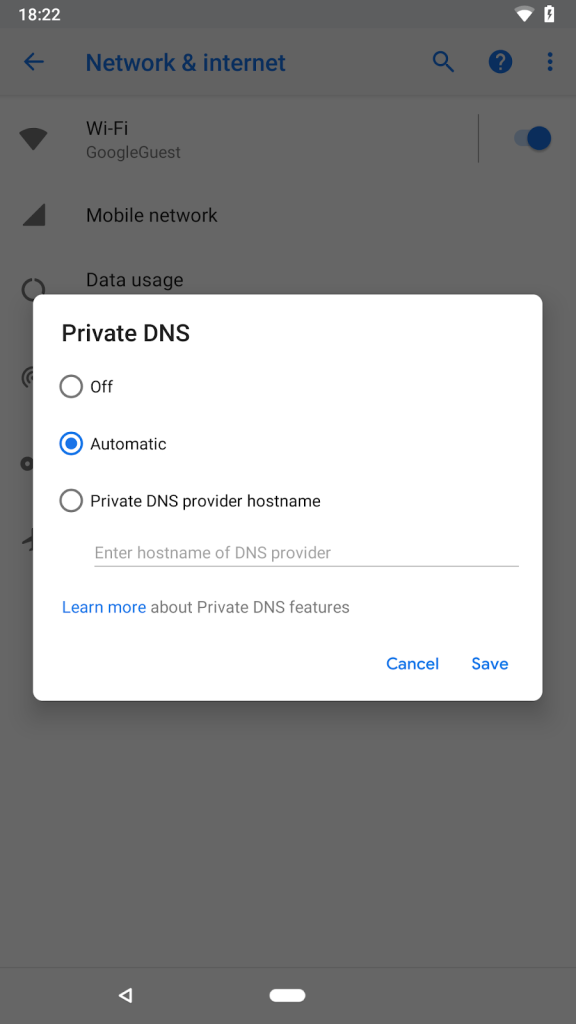 Want the inside scoop on all the latest developments at Google? Subscribe to Alphabet Scoop on iTunes and Apple Podcasts, Google Play, and more.