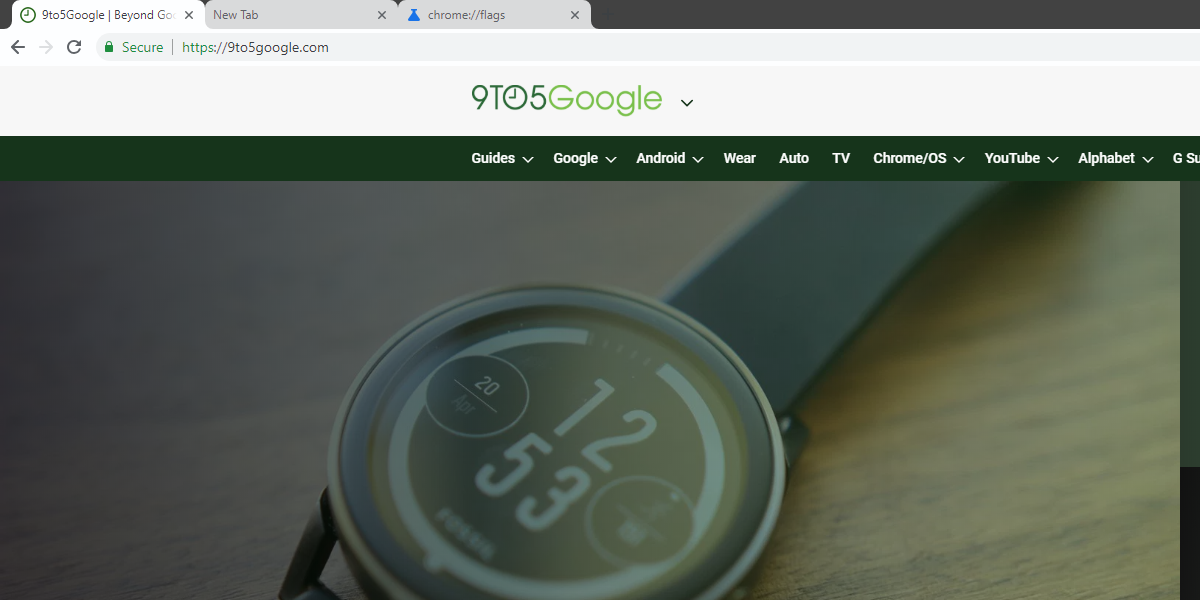 Since the launch of Android P in March, there has been a lot of discussion about Google’s future design direction. Falling under the general banner of “Material Design 2,” that possible “refresh” is now live in the latest version of Chrome Canary for Windows.

After enabling the corresponding experimental flag and restarting, users will notice that the browser’s top chrome has been refreshed.

This is further evidenced by the rounded Omnibar, with the address bar design already in testing on Android. Hovering over the ‘Secure’ lock reveals an equally pill-shaped button. This along with the rounded Omnibar reflects similar work in the Google app and other services like Search.

As part of this new design, the ‘plus’ button to open a New Tab has been moved to the far-left on Windows, Linux, and Chrome OS, while remaining on the far-right for macOS. Other changes revealed in a series of slides posted to Chromium reveal upcoming details about a floating effect for the Omnibar dropdown when text is entered and other prompts like permission dialogs.

Lastly, the account avatar icon has been moved to the toolbar just next to the address bar. So far, this is the extent of the “refresh,” with many other interface elements are unchanged as Google works to update everything to match the new direction.

This flag and new design is currently available in Chrome Canary (version 68) for Windows, and not the Mac counterpart. Once installed, visit the following flag and enable the “refresh” option from the dropdown:

A look at the updated Material Design spec on Chromium (spotted by Owen on Twitter) refers to the current iteration of Chrome’s design as “M1” and the likely new one as “GM2.” The document notes that toolbar iconography does not change between the two versions, but the corner radius on highlight buttons do.

However, unlike the one for Secure that we spotted above, it remains a rounded square but with more of a curvature. There are also guidelines about spacing and color.

Ultimately, it’s unclear whether this is the “MD2” refresh previously hinted at by a Googler earlier this year or if that’s even the final name for the initiative, much less the public-facing one. In Chromium, this project is officially named “MdRefresh” with no number appended to it. We’ll likely see more as the year progresses and especially as we head into I/O 2018.