LG G7 ThinQ leak shows off the phone from all angles, notch, bad branding and all 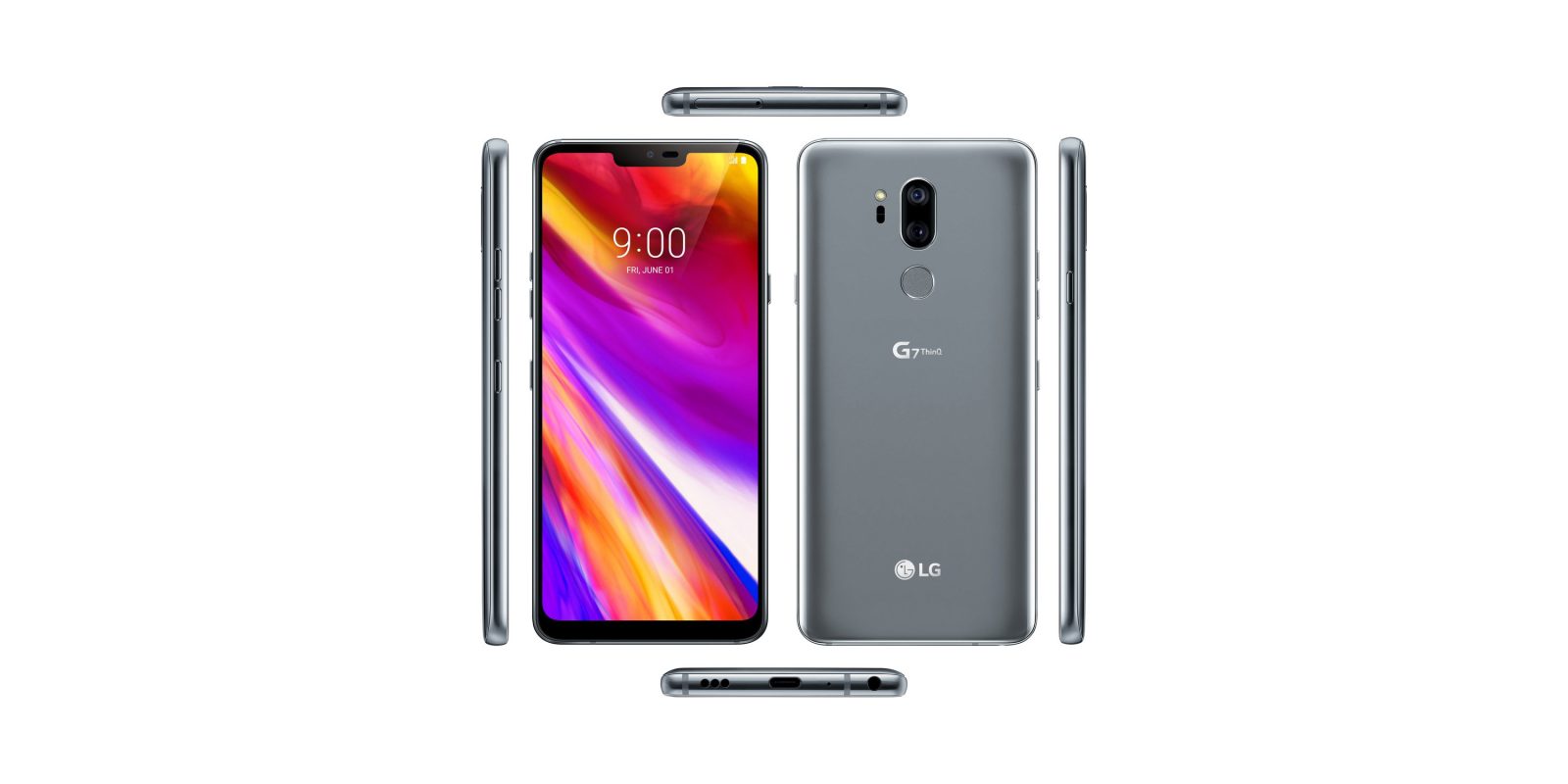 LG sent out “save the dates” for the unveiling of its next flagship, the LG G7 ThinQ, earlier today for the May 2nd event. To date, we’ve seen a fair bit of the phone, but only in bits and pieces. Now, we’re getting another really good look at the device.

Shared by notorious leaker Evan Blass on Twitter earlier this evening, a fresh render of the LG G7 ThinQ gives us a closer look at the phone from all angles. At first glance, there are a few notable things.

Firstly, the notch is front and center on the display. It appears to carry the camera, an earpiece, and some other sensors typical sensor. From this render, it looks perhaps a tad wider than the Huawei P20 Pro, while being considerably slimmer than the iPhone X.

Other notable aspects we can see in these renders include the headphone jack which is still available at the bottom of the phone, the extra button expected to be a Google Assistant shortcut, as well as the right-mounted power button. There’s also still a rear-fingerprint sensor and vertically mounted dual-camera as we’ve been expecting.

LG is also making the “G7 ThinQ” branding quite prominent on this device, throwing the full brand directly under the fingerprint sensor. That brand, of course, indicates the company’s recent AI focus, with features it has been updating other devices with recently.

As mentioned, LG will be officially debuting the LG G7 ThinQ on May 2nd.