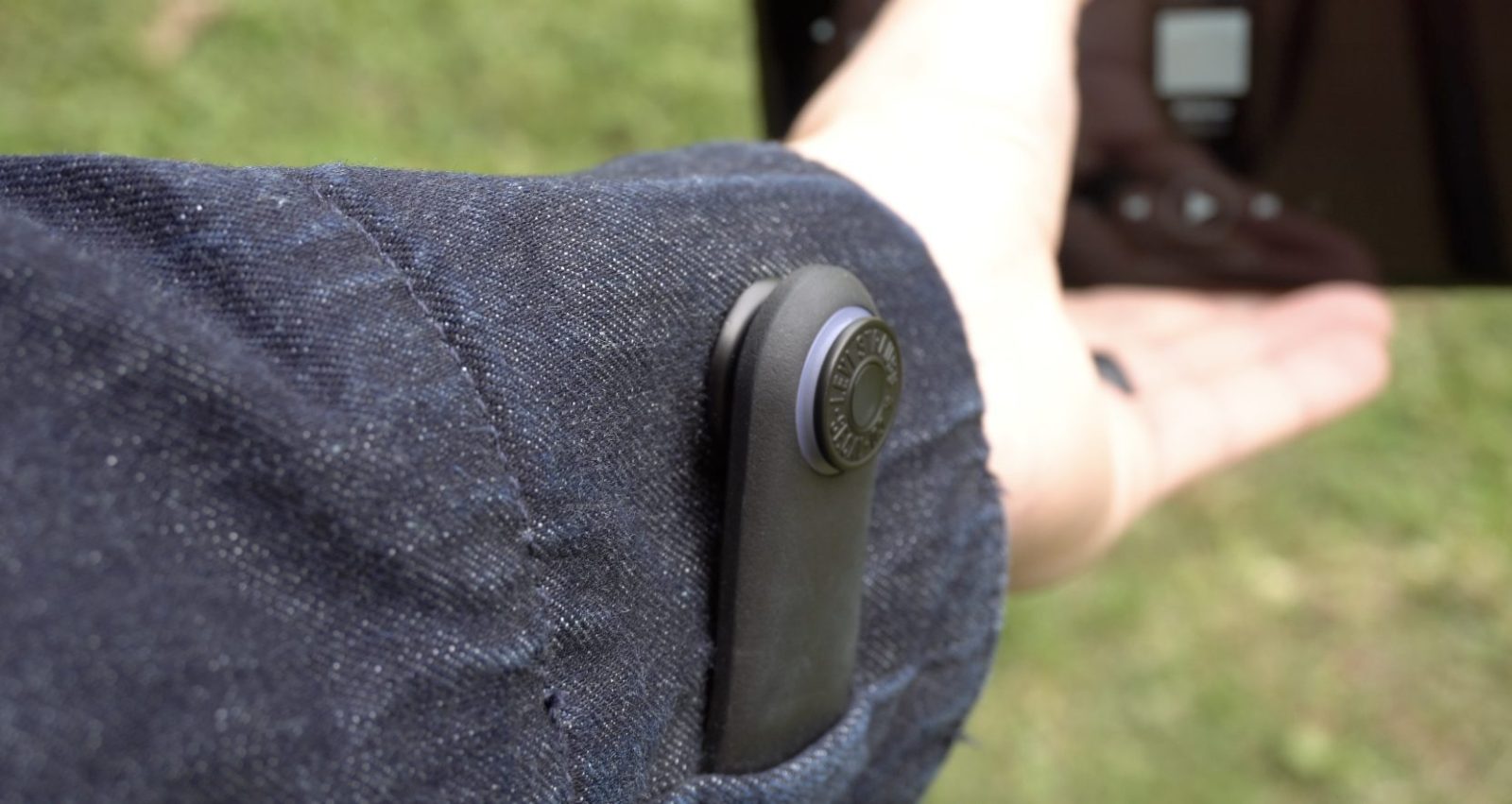 Google is today rolling out version 1.2 of its Jacquard app, bringing some really powerful new features to the company’s smart jacket. The jacket now has expanded functionality surrounding rideshare services, Bose headphones, and your current location…

The first of the new features is a new rideshare ability, which lets your snap tag and its small light notify you when your Uber or Lyft ride has arrived. You’ll sync up whichever ridesharing service you prefer and you’ll of course get that notification, but you can also “Brush In” to hear details about the ride in your connected headphones.

Google also notes that those who sync their Uber accounts rather than Lyft will get one more bonus feature: a notification when their ride is roughly 3 minutes away.

Secondly, there’s Bose Aware Mode, which lets you assign a gesture for toggling noise cancelling on QC30 or QC35 headphones. You may remember these headphones as being the first to get built-in Google Assistant, so their appearance here makes sense.

Finally, the Places ability will let you quickly drop a pin a your location for later sharing. It’s pretty simple and easy to use —  after the fact, on the Activity screen within the app, you can share and edit those places as you see fit.

Aside: The Jacquard jacket is seeing a serious sale today, via 9to5Toys.

I’m a huge fan of the Google & Levi’s Jacquard jacket, mostly because it’s one of the only smart wearables I’ve used that I almost never have to think about. The fact that it’s getting updated with new features over time is just a bonus.

In reality, the use cases for the smart fabric on its cuff are niche, but with every update the number of those niche use cases expands. I’ll have to spend some time trying these features out over the coming weeks, and report back their usefulness.