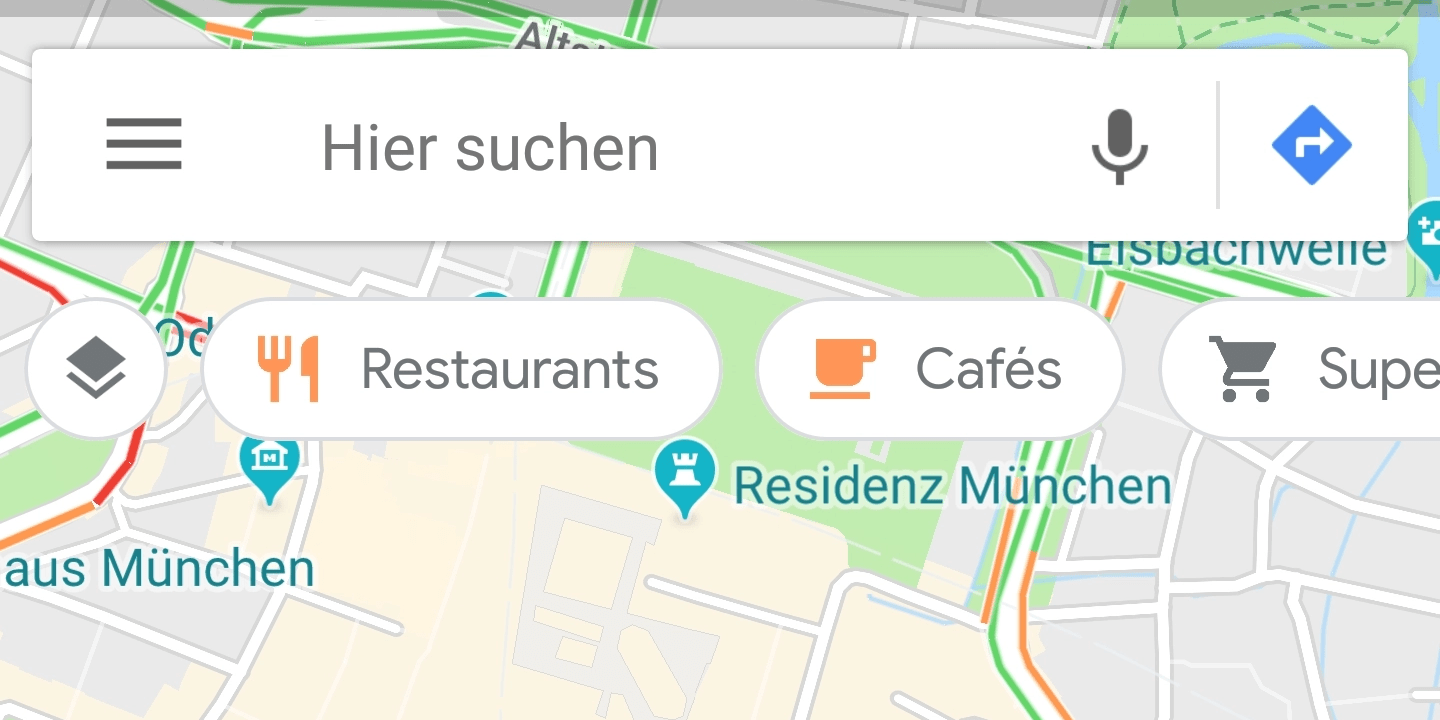 Google Maps is constantly testing out new changes for its mobile apps, and on the Android app, we’ve been seeing quite a few different adjustments as of late. Today, we’re getting a quick look at a new addition Google is testing with a special “floating” UI for some searches.

Spotted by an Android Police reader, Google seems to be testing a new UI within Google Maps which places category searches within a floating bar. The icons for things such as nearby restaurants and gas stations simply appear under the standard search bar, over top of the map without totally hiding it.

The functionality here is nothing new, as you can try out these category searches through the “explore” section of the current Maps interface.

As the tipster notes, these buttons don’t show up all the time. He says that they usually appear after he has tapped on a landmark, at which point the buttons appear and he can scroll through them.

Notably, the area in which these buttons do show up is disabled at all times for interacting with the map, so Google is clearly still in very early testing on this one. So far, other users haven’t seen this same test. Perhaps it’s a part of the new features we saw announced at I/O.