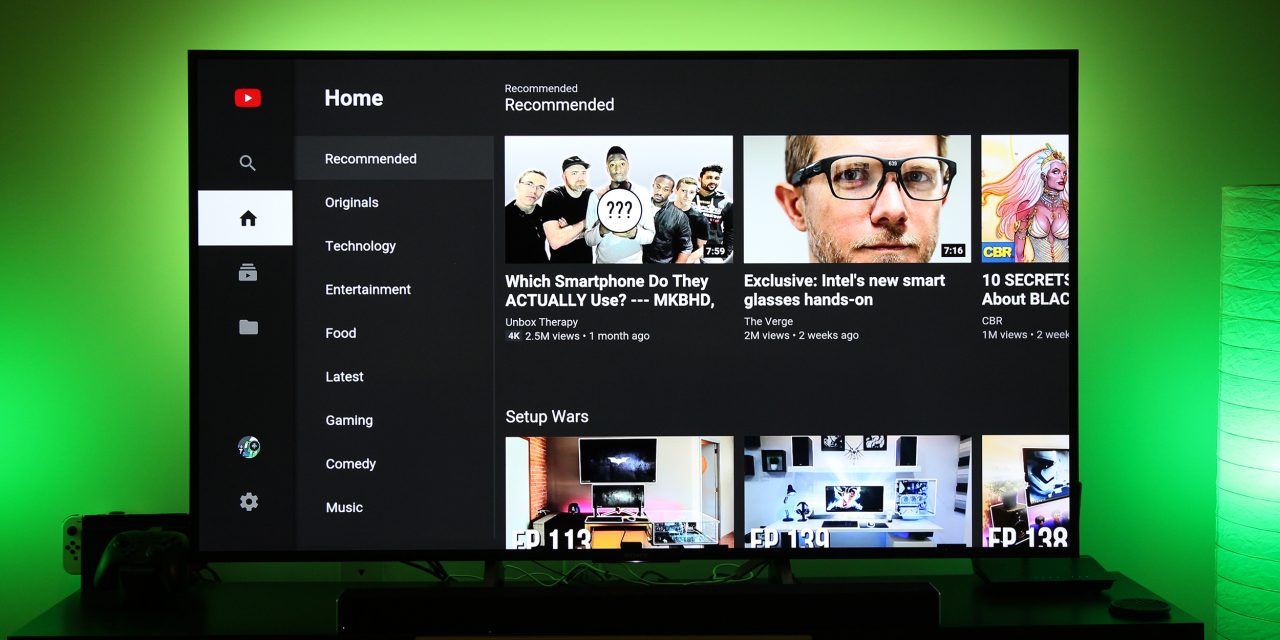 Launched last year, version 2.0 of YouTube for Android TV was initially met with a significant amount of controversy due to the lack of features. The design has since been refined and an update today adds personalized channels for Android Oreo’s homescreen and Google Assistant voice commands.

With Android Oreo finally rolling out to more streaming devices in recent weeks, YouTube for Android TV is gaining personalized channels. Recommended, Trending, and Subscription carousels provide immediate access to videos without having to open the app. However, according to Android Police, the latter is still rolling out as part of a server-side update.

Meanwhile, the Android TV app now supports Google Assistant voice commands when watching video and navigating. Similar to Google Home and Casting, commands include “skip ahead 30 seconds” for standard hands-free media control, as well as searching and navigating to different parts of the app.

When switching between Android TV apps, returning to YouTube will now remember your last watched video for an easy resume. Lastly, this update also adds “Smoother video playback and fixes to reduce stuttering,” according to the release notes.