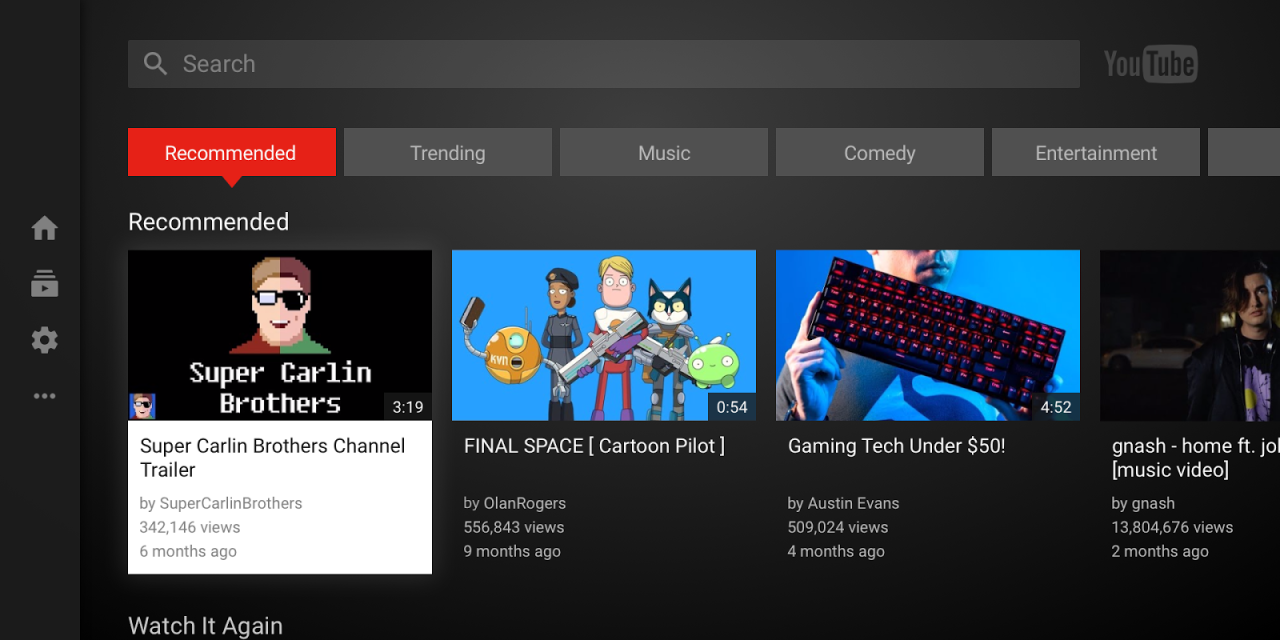 YouTube has been on a roll over the past few months updating their various web, mobile, and TV clients. The latter app for Android TV first surfaced two months ago, but only yesterday completely rolled out. After this release, however, many have been complaining over how much more limited version 2.0 is compared to the prior one.

Before the 2.0 update, YouTube TV for Android had not been updated in over a year. The massive redesign brought the interface in-line with YouTube on other platforms with access to various categories and sections of the service.

However, many users are taking issue with the underlying functionality of the new version. The biggest complaint is the inability to login with a Brand Account. While aimed at businesses and brands, any account that isn’t tied to Google+ is essentially one. The lack of sign-in, of course, means losing playlists, saved channels, and purchases.

We confirmed that the new version of Android TV isn’t compatible with brand accounts for the moment. Here’s more info on how to troubleshoot account login issues.

Following that issue are performance complaints due to the new Android TV app essentially being a web wrapper. In fact, it is exactly the same experience and interface as heading to YouTube.com/TV. People report sluggishness and bugs due to the lack of a native application.

Given YouTube’s lack of previous incentive to update the app, it makes sense why they choose a web wrapper approach. Hopefully, a slew of updates are coming to address this outcry.

In the meantime, many users have rolled back to the previous version of the app. If you need help, be sure to check out our guide on how to do so.