Yesterday, in the midst of one of the most anticipated World Cup games, YouTube TV went down for almost an hour. As an apology, YouTube TV is giving subscribers a free week of service.

Seen in the attached screenshot obtained by Droid-Life, YouTube TV subscribers have been receiving emails all afternoon from the service wishing for forgiveness.

As YouTube TV costs $35 to $40 a month, a free week of the streaming television service should come out to be somewhere between $8 and $10. According to the below email, users can expect a follow-up message from YouTube TV letting them when the week of free service has been credited towards their bill.

If you’re a YouTube TV subscriber and haven’t received the email yet, don’t worry as neither has anyone here at 9to5Google. This week of free service should make its way to every subscriber soon enough. 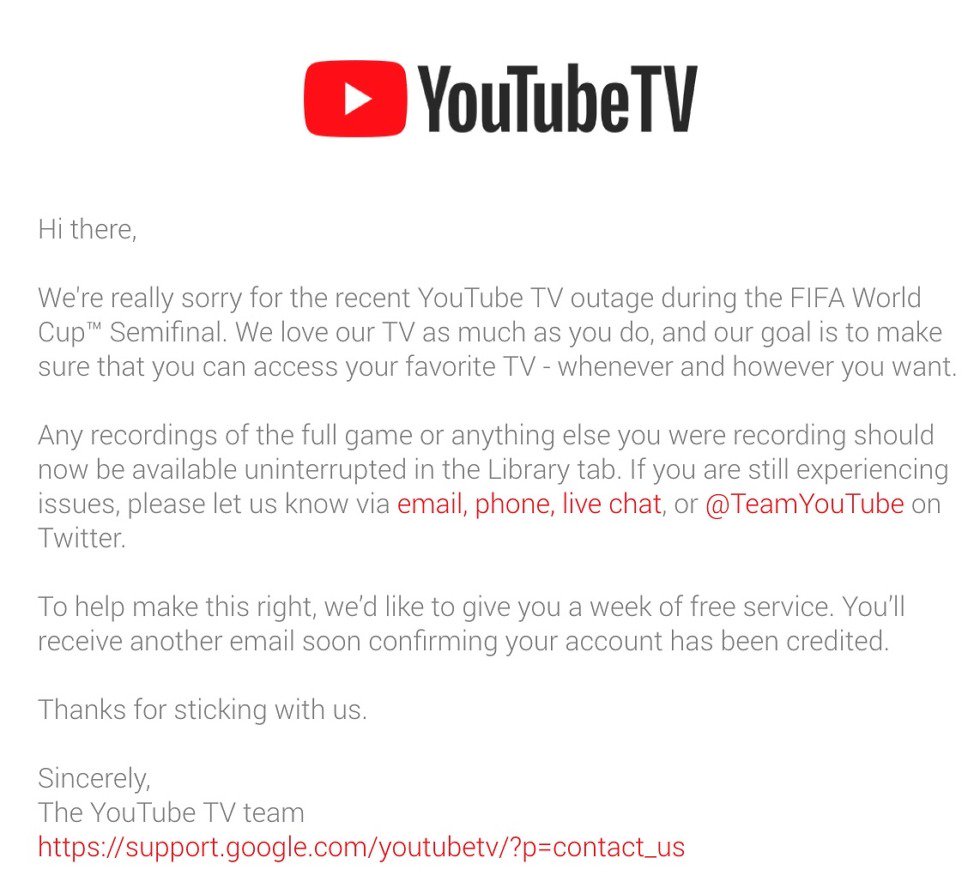