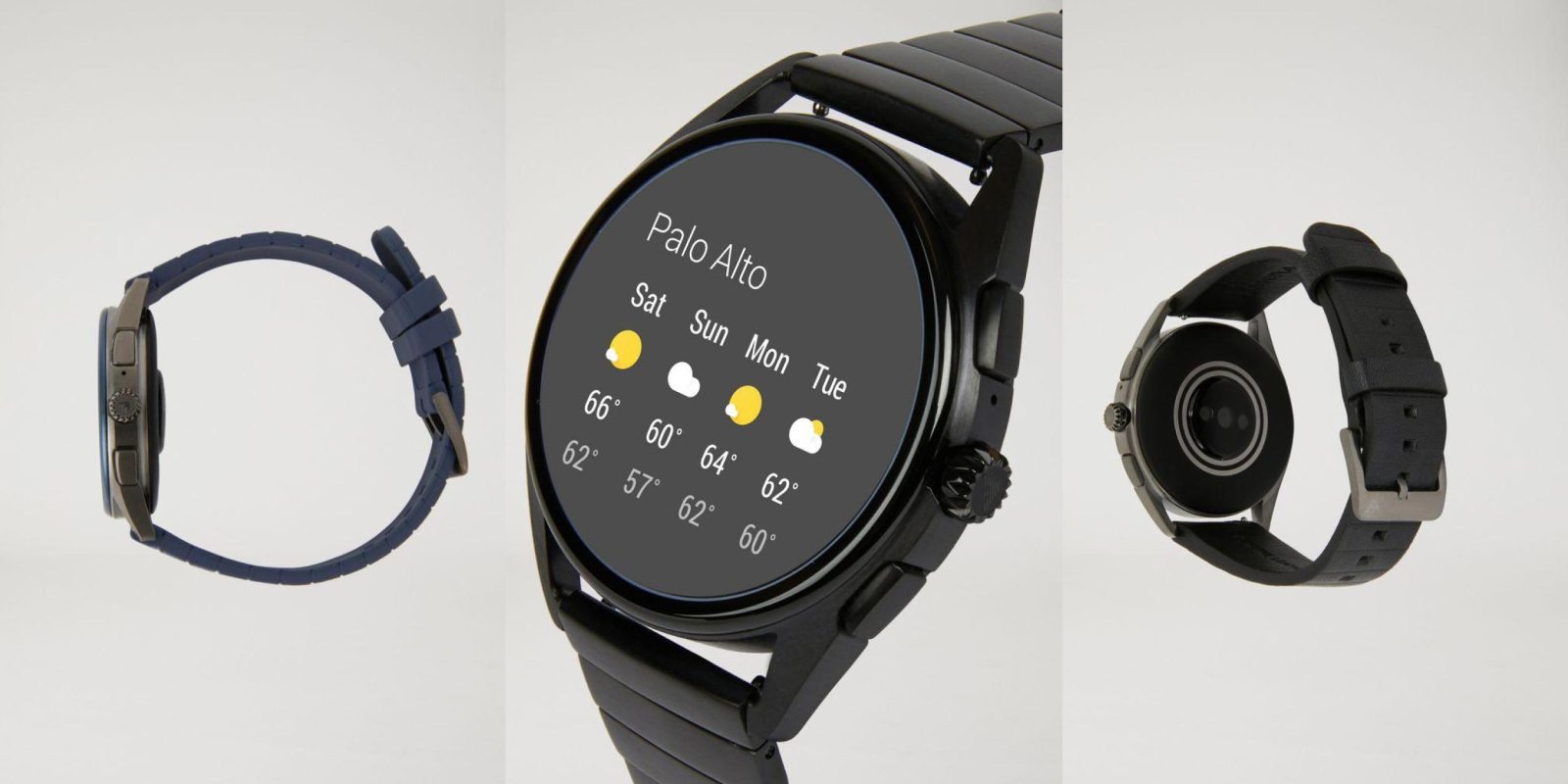 A big refresh of Wear OS is expected this fall with new chipsets from Qualcomm confirmed, while Google-made Pixel smartwatches have been rumored. Until then, fashion brand Emporio Armani has announced its latest Wear OS smartwatch that notably features NFC, but uses an older chipset when it ships in September.

Sharing the same general design as last year’s Emporio Armani Connected (via Android Police), there are three buttons on the right-side of the stainless steel case. The watch’s lugs are thinner and depending on the band, results in a gap. A 1.19-inch AMOLED display is at the center and features an ambient sensor.

While powered by an aging Snapdragon Wear 2100 processor, the watch does pick up several hardware upgrades from last year’s model. NFC allows for wrist-based payments using Google Pay or Alipay in China.

On the health front, this year’s device adds a heart rate sensor for all-day tracking and during workouts with Google Fit, or Tic Health in China. There is also built-in GPS for more precise activity tracking. The watch is quoted for showering, diving, and swimming up to 3ATM, with swim workouts recordable via third-party apps from Google Play or the Mobvoi Store. 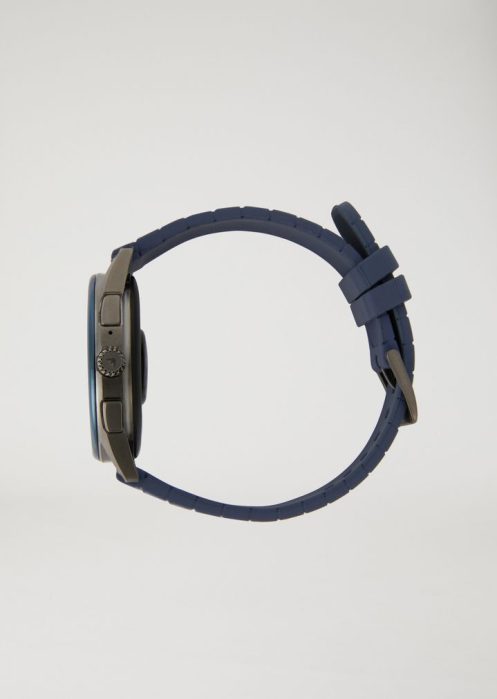 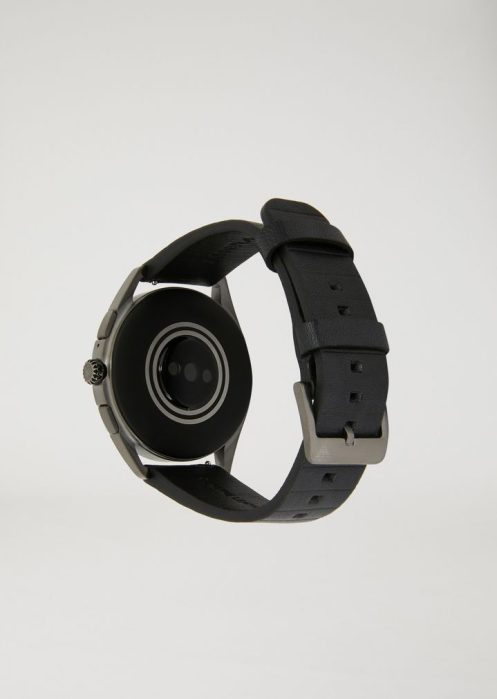 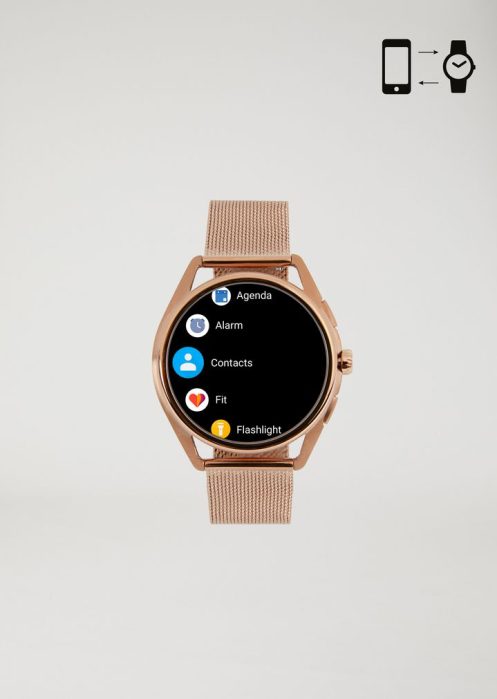 The new Emporio Armani Connected is available for pre-order staring today on the brand’s website with an August 25th shipping date. The $345 models comes in a Blue or Black case with a matching silicone band, while the $395 Black and Silver features a metal bracelet, and Rose Gold comes paired with a Milanese band.

It will be available worldwide in early September at selected retail locations.

Google and Qualcomm have hinted at a “lead smartwatch” for later this year featuring the new rumored Snapdragon 3100 chipset, along with new devices from partners. We’ve already seen Fossil prep a slew of new devices that also feature NFC, while there are numerous Samsung Galaxy Watch rumors. 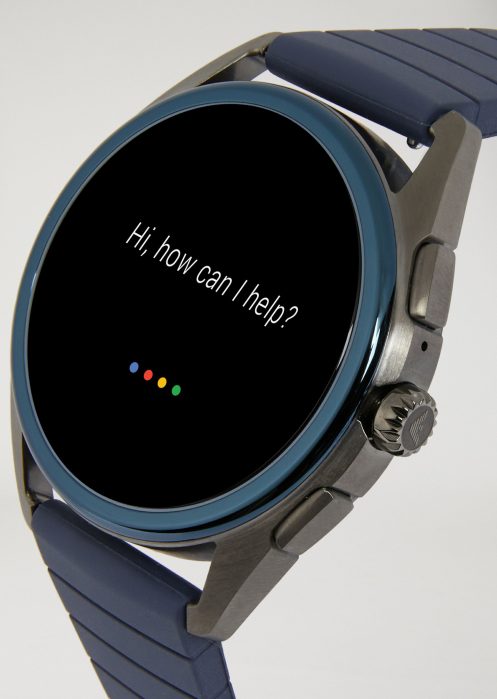 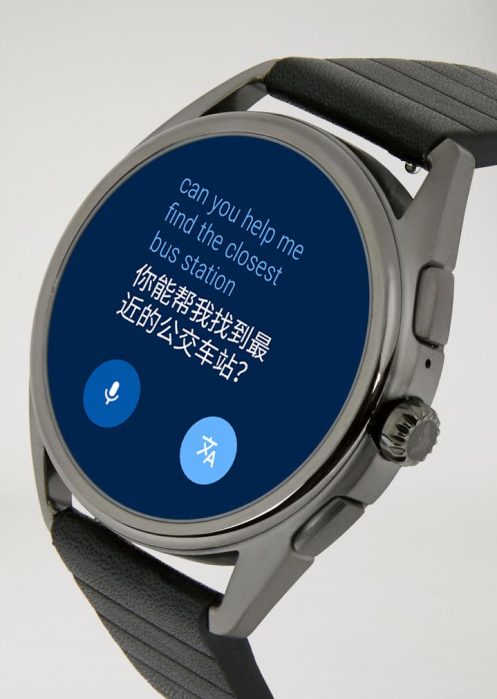 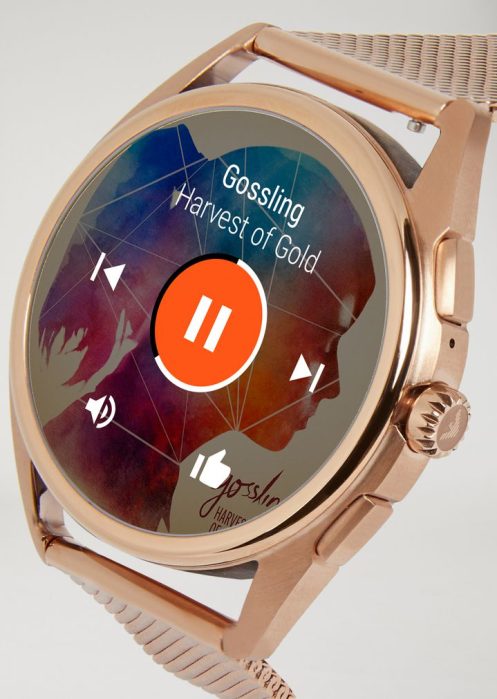 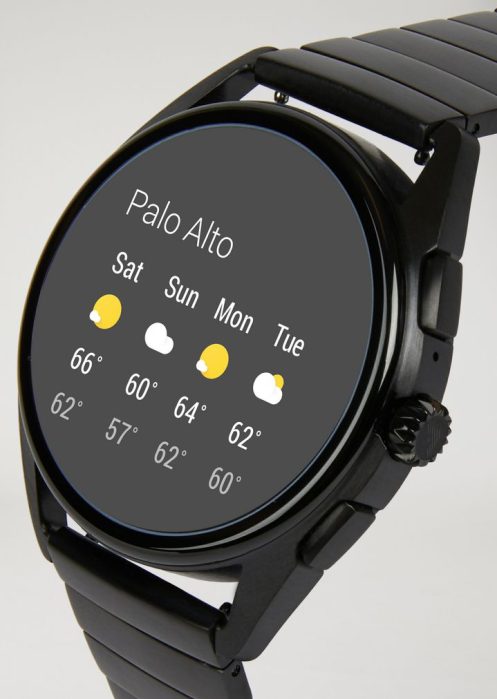 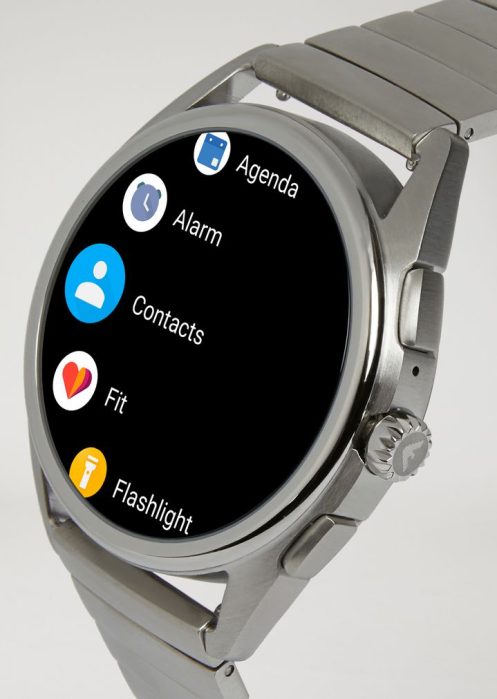