Xiaomi teases photo of notchless Mi Mix 3 with 5G capabilities, but won’t work until next year 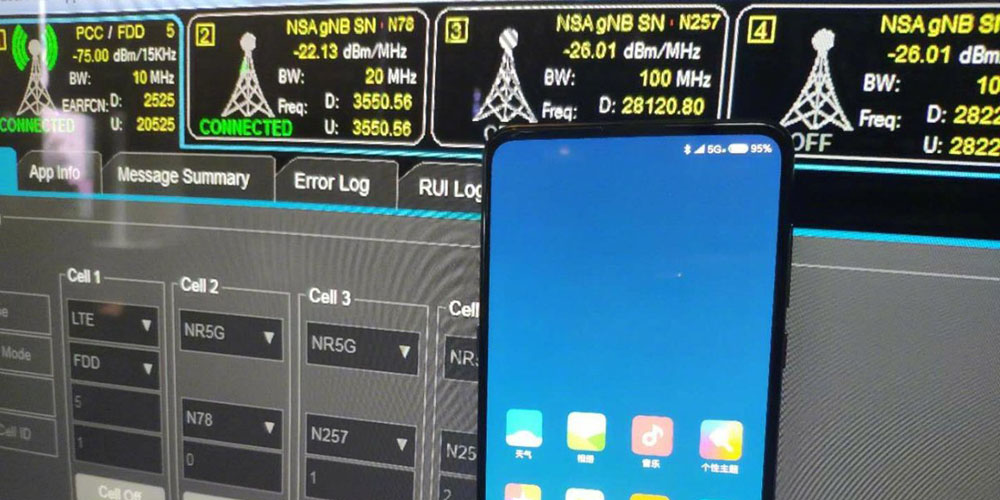 Xiaomi spokesperson Donovan Sung has tweeted a photo of the Mi Mix 3, pointing to support for 5G data. The photo shows the device in front of radio testing equipment, with ‘5G’ appearing on the display of the phone itself …

However, while the device itself may be 5G capable, don’t expect to be able to actually use it at 5G speeds for some time yet: 5G doesn’t officially roll out until next year.

You may be lucky and be able to use it in some test areas before then, but these are generally small: 5G range is closer to that of Wi-Fi than traditional mobile data technologies like LTE. This means that areas need to be blanketed with 5G base stations in places like lamp-posts and stores to provide wide-area coverage, which is likely to be limited to city centers.

However, once 5G does roll out widely, you can expect to see speeds up to ten times faster than 4G/LTE.

An earlier photo teased by the company shows a sliding design to permit a slim forehead on the device without a notch in the screen. Rumors suggest the Mi Mix 3 may be released next month, but the company has no plans to sell it in the US.

Sharing one more photo. Does anyone see anything interesting? 😎#Xiaomi pic.twitter.com/LjZGibMsuR