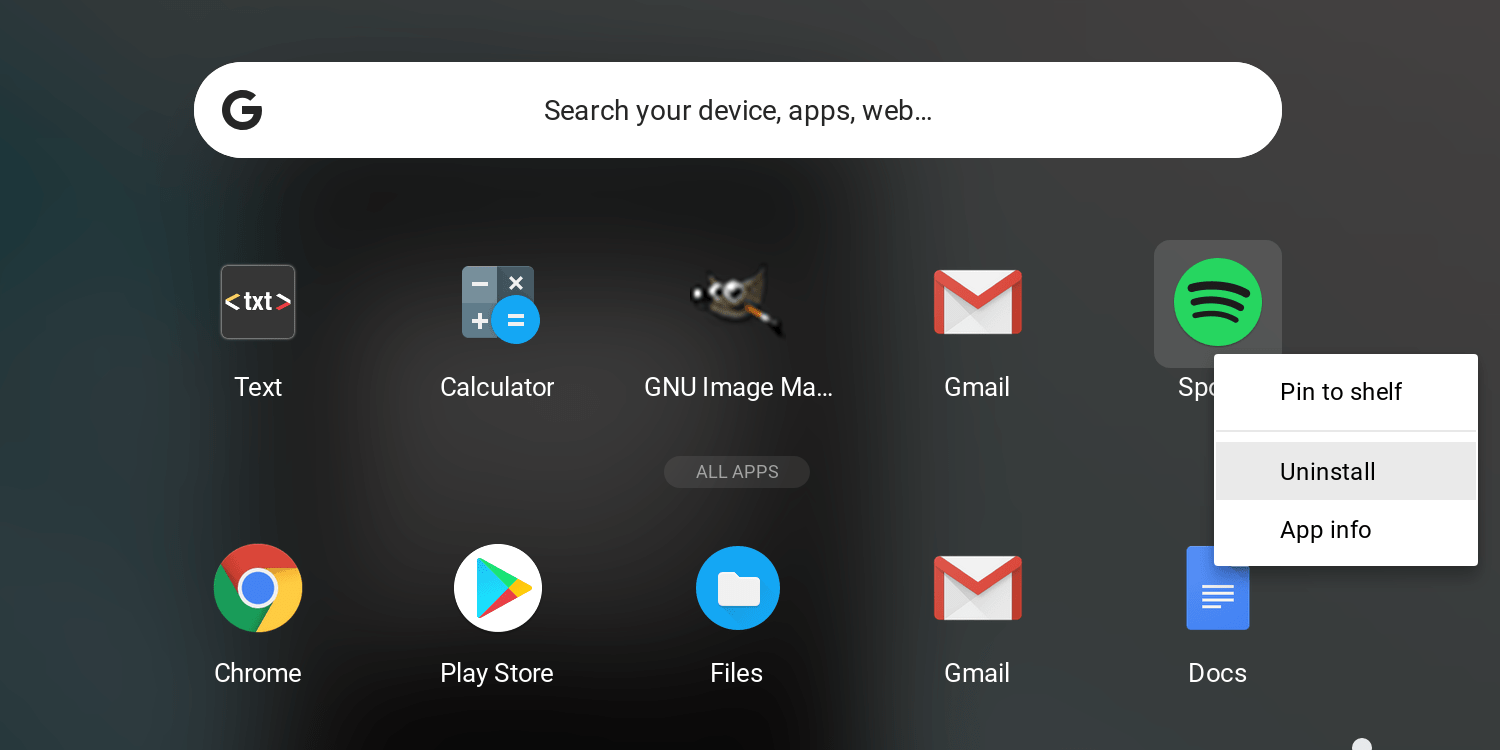 The most recent release of Chrome OS added Linux app support, but it’s clear the feature has a long way to go before leaving beta. A new Chromium code change has been discovered that will bring some simplicity and consistency when you want to uninstall Chrome OS Linux apps.

Because of the inclusion of innovative Linux app support in Chrome OS 69, more users have been getting exposed to the wide world of Linux apps, some for the first time. These first time users may not necessarily have a great experience, as Linux can sometimes be a little rough around the edges.

The best example of this is in app installation and removal. Currently, to uninstall Chrome OS Linux apps, you need to use the command line or a separately installed package manager application. Chrome OS’s Linux app support does not come with an instruction manual, and this procedure is not necessarily intuitive.

According to a new Chromium commit discovered by About Chromebooks, the process to uninstall Chrome OS Linux apps is about to get simplified. With the new changes, Linux apps will have an “Uninstall” option in the right-click menu of their launcher icon. This keeps the experience consistent with how Chrome OS lets you manage Android apps directly from the Launcher.

While this is great for most cases, there are a few exceptions. Any app that doesn’t have a launcher icon by default would not be affected by this change. This may even include Android Studio which only lets you choose to add a launcher icon after installation.

The commit author notes that this is working as intended.

It’s nice to see that Google is taking Linux app support seriously by not only making it work well, but also smoothing over some of Linux’s weak points in a user-friendly way. Being able to install and uninstall Chrome OS Linux apps naturally is one more important step to creating a powerful, yet consistent user experience.