Like on Android, Mac, Windows, and Linux, Chrome OS 69 introduces a visual to the browser’s top chrome. Tabs now feature rounded corners up top that gracefully slope into the rest of the bar, with the previous sharp and angular appearance gone.

When not currently in view, tabs are separated by a simple line, while the ‘plus’ icon to open a new tab loses its outline. The New Tab page has been revamped with a stark white background, matching pill-shaped address bar, and rounded favicons that can be edited by users.

Meanwhile, users can set custom background images here by either uploading their own photo or choosing from a gallery. The system Wallpaper app also receives a Google Material Theme with rounded tab indicators.

The Omnibar is now more powerful, displaying results to Search queries immediately. This includes weather, definitions, sports scores, translations, and answers to questions. Visually, the Omnibar dropdown with URL suggestions now only span the width of the bar, rather than the full page. As of this release, www. still appears in the address bar, but it is slated for removal in Chrome 70. 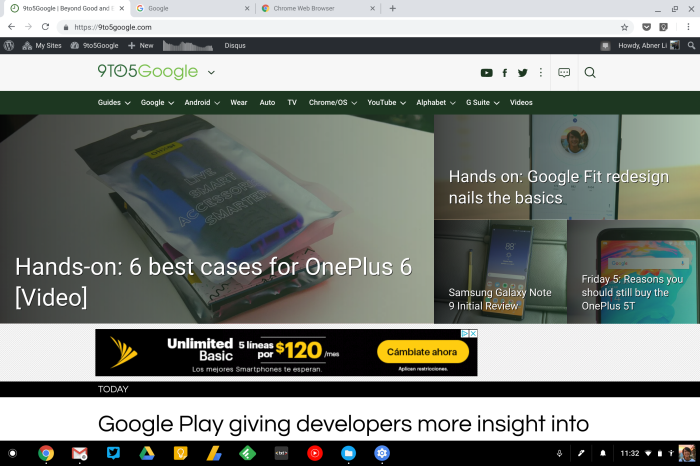 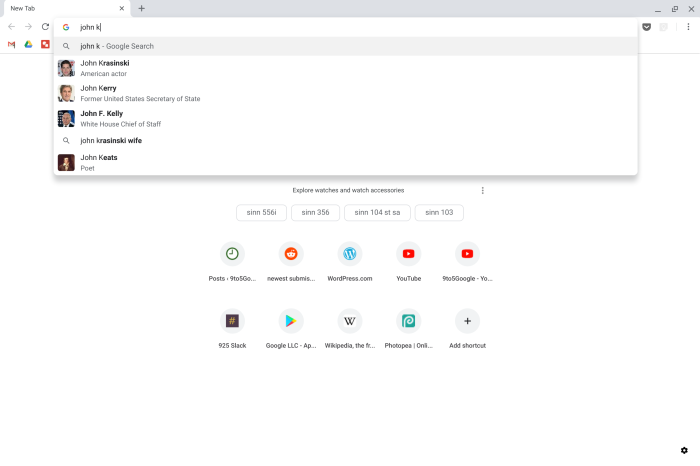 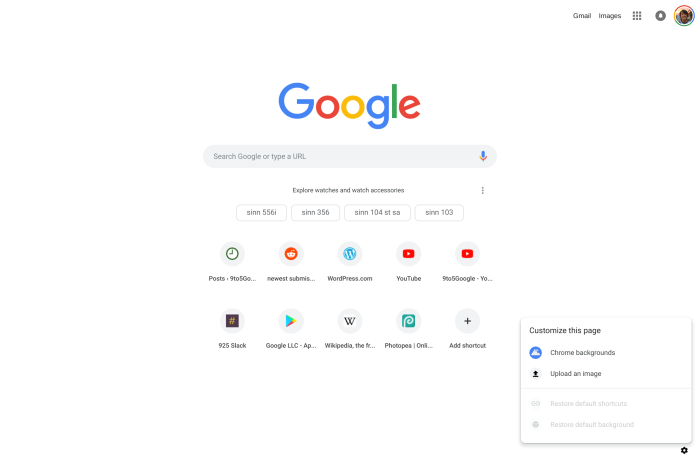 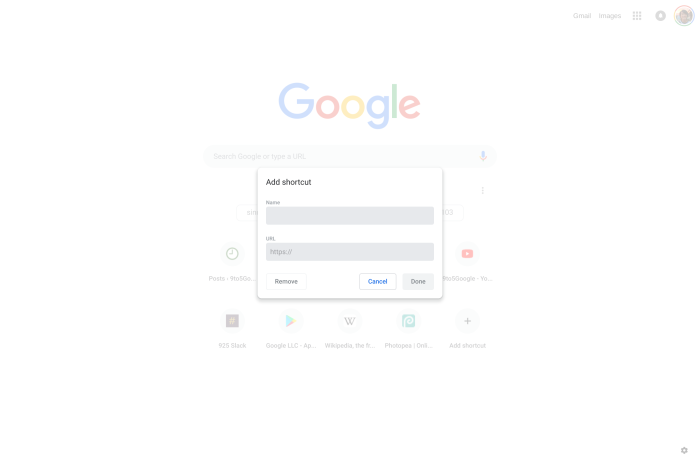 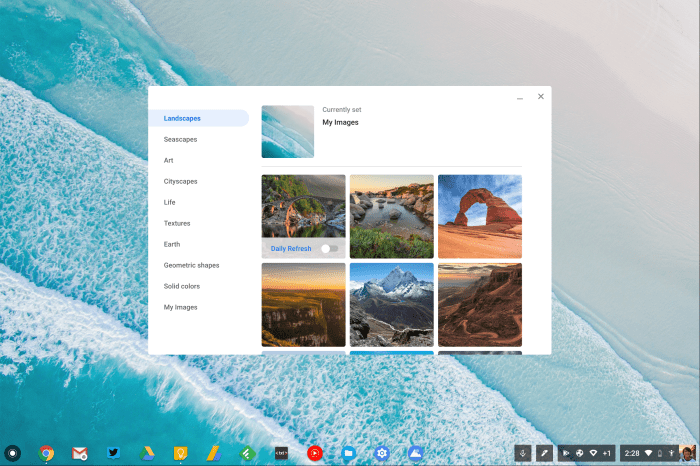 With Chrome OS 69, the Linux for Chromebooks beta is entering the stable channel on select devices (current list below). This allows developer to run Linux applications, editors, and other command-line tools. After setting up, users will have access to a Terminal and be able to install apps or packages. One aim for Google is to allow developers to create and test Android apps (via Android Studio) right on a Chromebook. 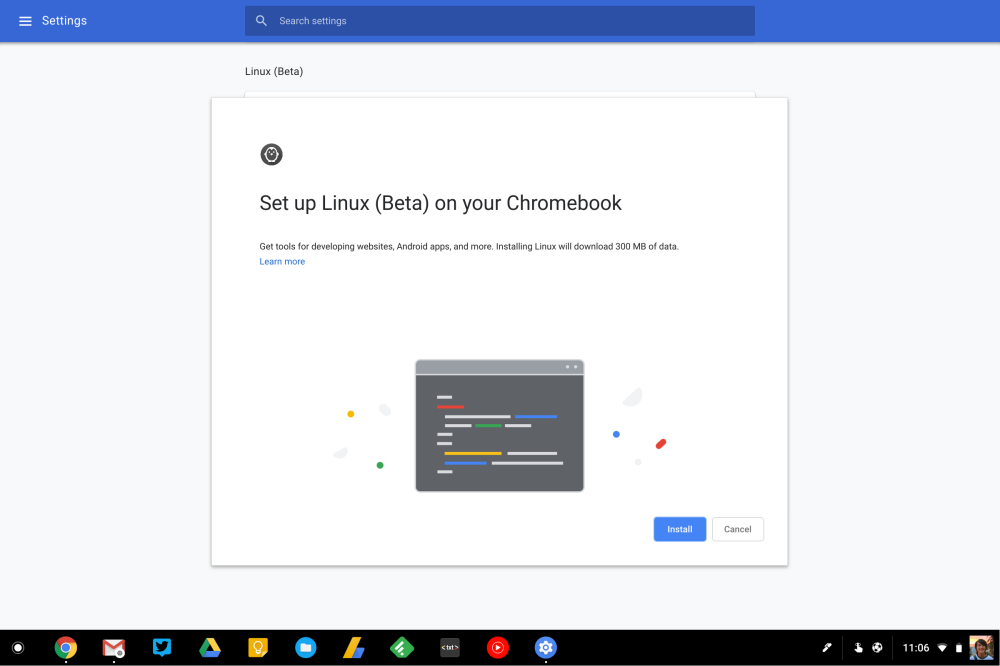 This update also brings Night Light to Chrome OS. Found on many other platforms, including Android, the feature reduces eye strain by managing display color throughout the day. There is an automatic sunrise and sunset schedule, while users can also create their own daily pattern and color temperature. 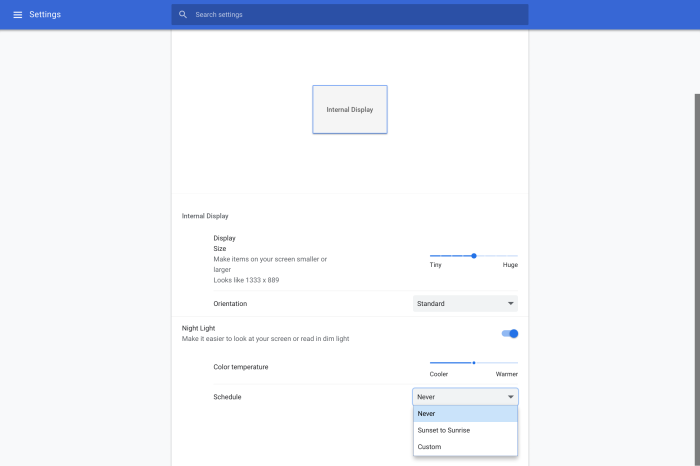 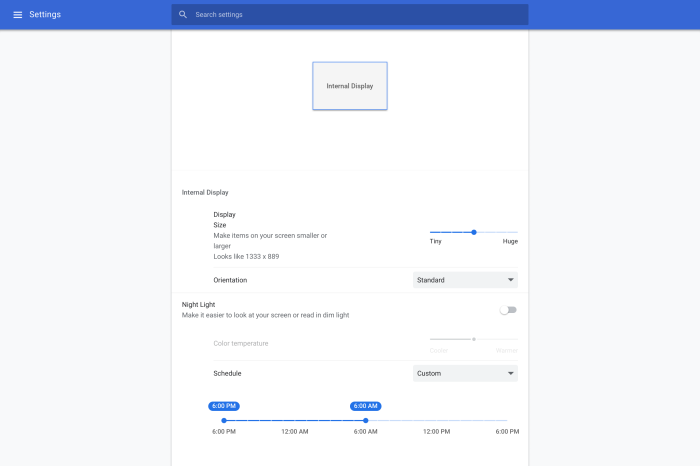 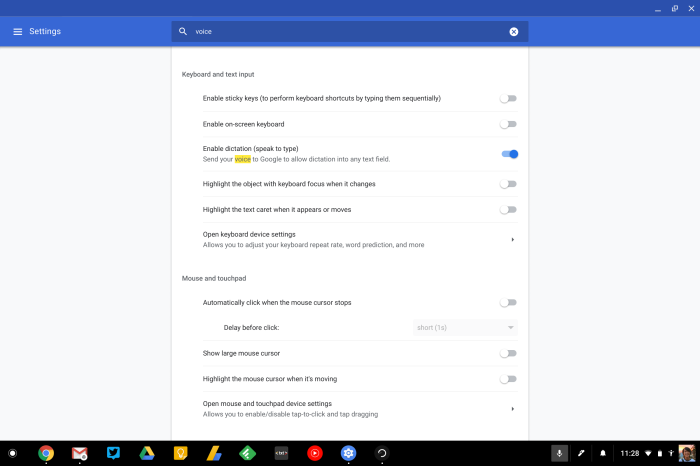 Voice dictation can be more easily accessed on Chrome OS 69 thanks to a new microphone button in the status bar. This standalone accessibility feature is independent of the virtual keyboard or on-screen accessibility keyboard’s microphone icon. It appear to the left of the status bar, while there is also a Search+D shortcut to begin input when the cursor is in a text editing field.

In conjunction with the previous feature, there is a new global text-to-speech Settings page.

Users can set a system-wide synthesized voice, language, pitch, and rate. We’re also working on making this setting smoother for any users who have non-default voice settings in the ChromeVox screen reader options page or the Select-to-speak options page.

The Files app is also gaining native support for Team Drives, a G Suite feature for companies to store, search, and access files. Google has also reorganized the navigation drawer to better distinguish between local and cloud storage.

A new “My Files” section includes Downloads, Play, and Linux storage. There is support for accessing storage from Android apps, with documents able to be saved directly to the Files app via the share sheet. 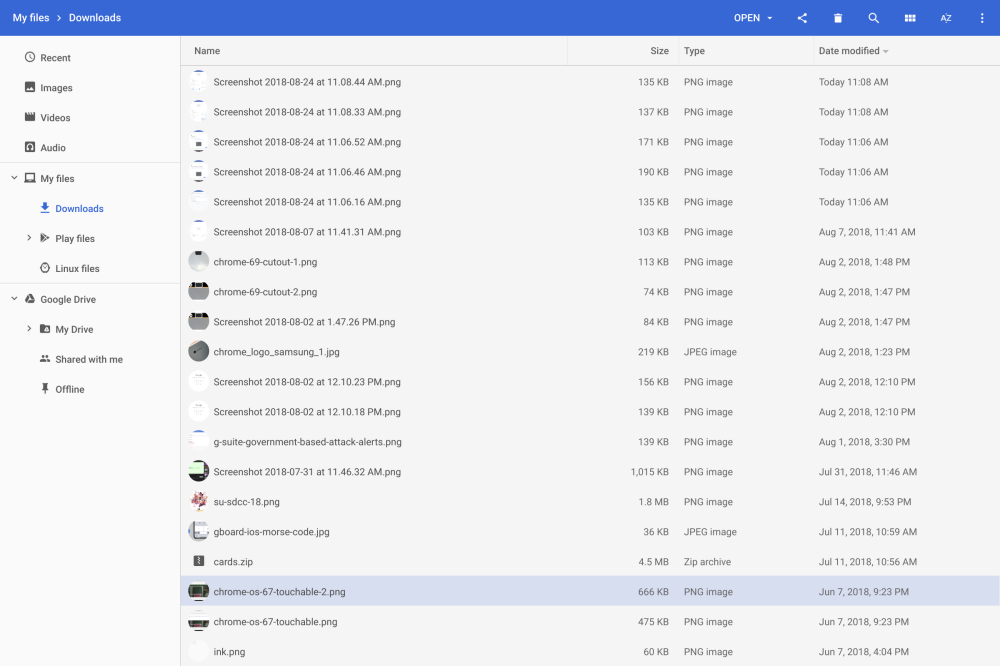 Other changes include the ability to swipe to close apps in Overview and fast access to emojis, as well as: