Google promoting Chromebooks with White Walkers from ‘Game of Thrones’ 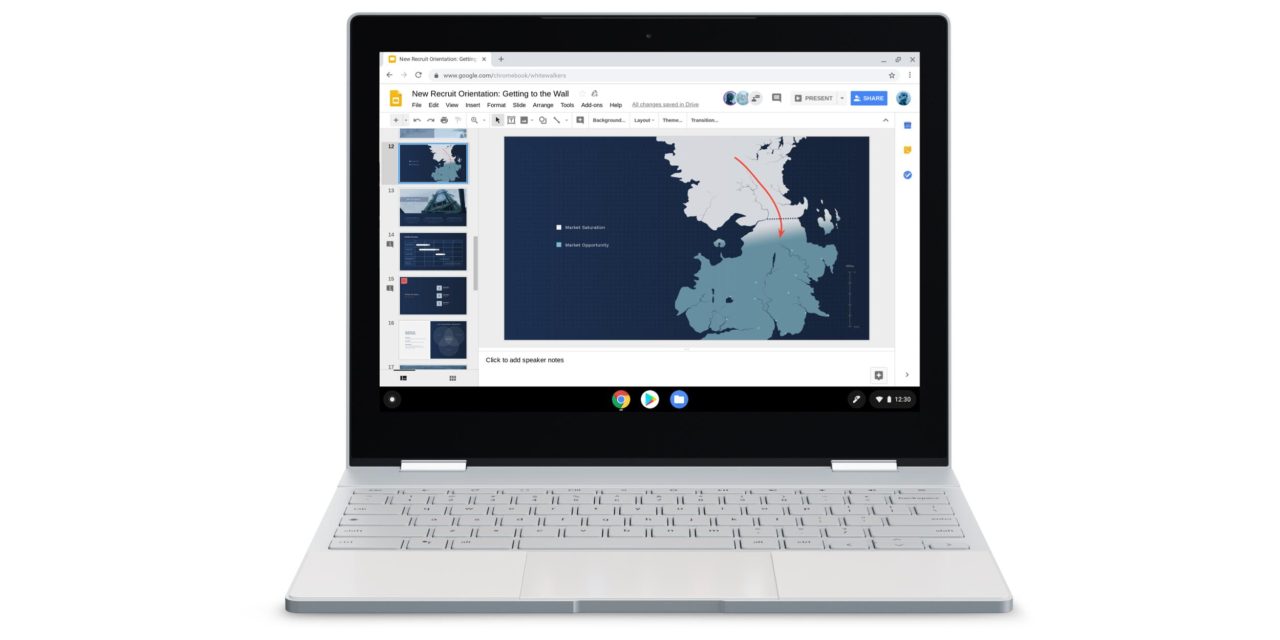 With the Pixel Slate earlier this month, Made by Google announced a flagship tablet that is the first premium device for that form factor. We have yet to review it, but in the meantime, the continued proliferation of Chrome OS is happening at the affordable end. To push that, and tie in with the holiday shopping season, Google is partnering on a new Game of Thrones-themed advertising campaign. Enter the White Walkers, literally.

Announced via a blog post, as well as a dedicated teaser site, the general premise behind this campaign is how the villains in George R.R. Martin and HBO’s hit series “collaborate on Chromebook.”

You’ve heard it countless times. But what you don’t hear much about is the effort that goes into planning the attack on Westeros during the winter—it’s a real operation. There are new recruits to onboard, wargs to avoid, and 700-foot walls of ice to break through. Under these circumstances, a little organization and a Chromebook go a long way.

Pitched as an “orientation” for new recruits, the White Walkers have a presentation to “learn what it means to join the army of the dead.” The entire deck is available on Google Slides to emphasize collaboration and comments between the Night King and a Wight. There is also a “Project timeline” of conquering Westeros on Google Sheets, which is actually amusing and detailed.

Disappointed with your team’s performance? Tell them exactly where they fell short with a comment in Google Slides. Stuck in another meeting about scheduling an invasion? Start doodling alternate routes in Evernote. Need your headshots to look professional, yet terrifying? Make photo adjustments in Adobe Photoshop Lightroom CC to give yourself that icy edge. You can do it all on Chromebook.

There’s also a YouTube video, with our team finding this Game of Thrones tie-in on the cringy end as far as advertising goes. However, the frozen Google Chromebook logo is a very nice and subtle touch.