Feature Made by Google 2018 Video

The Google Pixel Slate — being the first Chrome OS-powered tablet — was one of the stars of the show at the Google launch event. The touchscreen device takes the lessons learned from the Pixel C in 2014 and Google’s recent hardware experiences and fuses them into a standout flagship tablet device running Chrome OS for the first time.

Extra sleek, the Pixel Slate measures in at just 7mm thick, 290mm wide and 202mm tall with a 3000 x 2000 pixel 12.3-inch display. With a  Corning Gorilla Glass 5 being at the heart of the display, it shouldn’t be as susceptible to nicks, scratches and scuffs quite so easily.  YouTube videos and gaming proved to a great experience, even when offered only a mere glimpse of what the device is capable of.

The anodized aluminum chassis and soft-touch edges make it comfortable to hold as simply a tablet device, but it’s the convertible nature of the Pixel Slate that pits it firmly against the iPad Pro and Windows convertible laptops. It weighs just 1.6lbs which is comparable to the 12.3-inch iPad Pro models, but unlike the Apple tablet that features a modified version of iOS, a fully touchscreen realized Chrome OS means many more options for application power.

A Pixel Imprint fingerprint sensor is fused into the power button for added Slate security and faster unlocks. Other things you can find around the body of the device include twin USB Type-C charge ports for charging, faster file transfer and the potential for 4K display output. 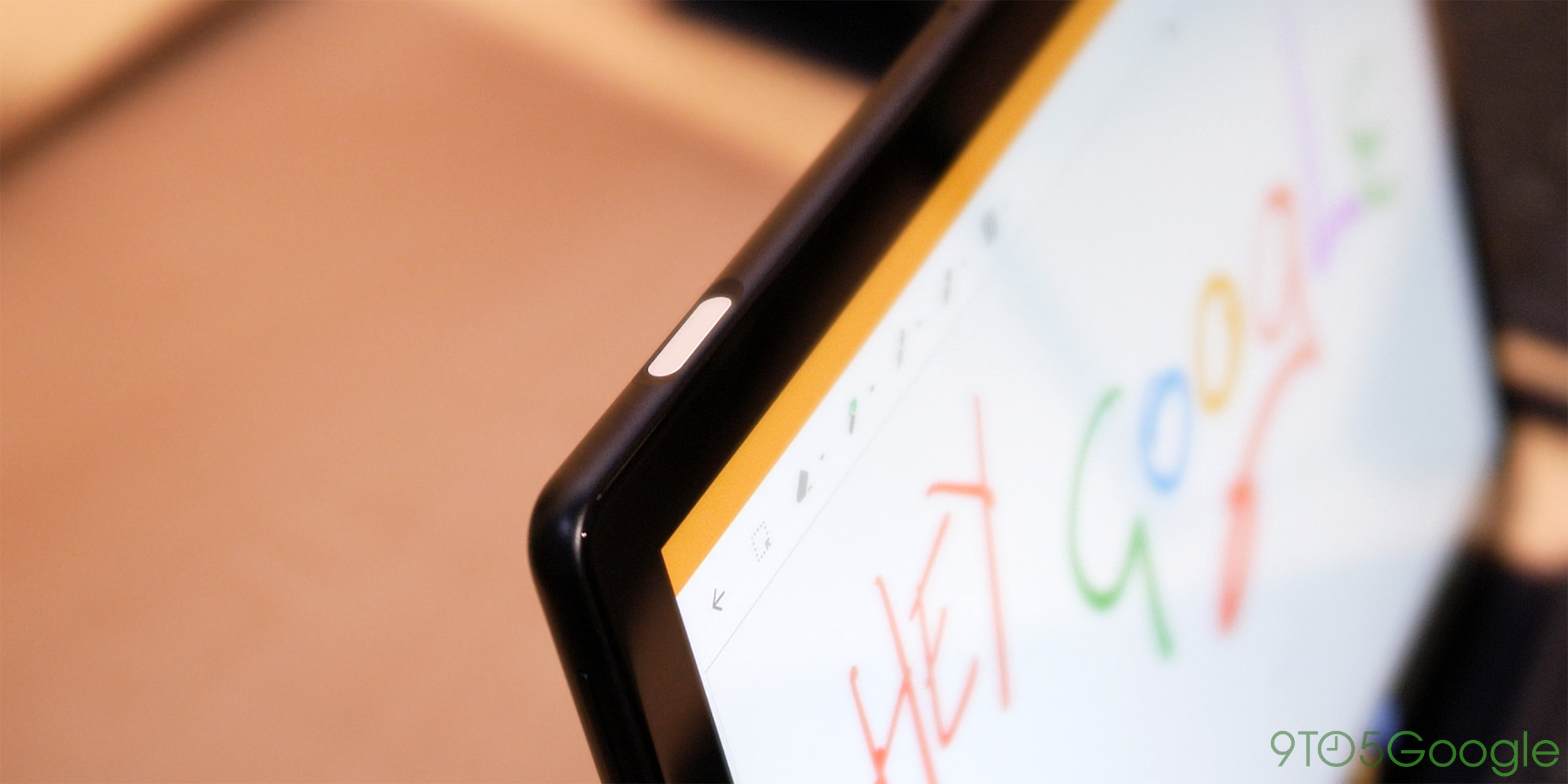 With any tablet device, there is an expectation that there will be a front facing camera for video calling, with the Pixel Slate including an optimized 8-megapixel, f/1.9 aperture wide-angle camera capable of 1080p at 30fps. The device also includes a rear 8-megapixel f/1.8 aperture camera that can capture video at 1080p 30fps. The cameras are more than passable, but performance of the Camera app in our tests weren’t great.

With a 48 watt-hour battery, you can expect up to 10 hours of usage on a single charge, whilst the fast charger included can take the battery from 0% to 100% in around two and a half hours. One bonus is that the fast charger also works with any other Pixel device — I was unable to see the device charging at the event so will have to take the stated charge times as fact until I get my hands on a review unit.

At the launch event, the Pixel Slate model was stated to have the Intel 8th Gen m3 processor and bore a pre-release version of the Chrome OS that we will see on the full debut. Chrome OS in this form factor impressed me much more than I expected it to, mainly due to just how smooth everything seemed to transition from tablet to docked mode, and then back again.

The snap-on keypad combines with the software to give a desktop feel that I think puts this square in the position to make inroads into the Microsoft Surface market. Sure, there are a few issues, like a distinct lack of some important Pro-level applications and a slightly high entry price —  especially if you opt for the $199 keyboard — but overall this a step in the right direction for Chrome OS in my opinion.

Connecting the Pixel Slate to a Pixel Slate Keyboard is quick and simple and increases the thickness to 15mm when docked. The Quick Snap connector means it easily attaches and detaches without needing to be paired or even charged. The keys have great travel at 1.2mm and include backlighting alongside Ultra-quiet Hush Keys circular keys for almost silent typing. 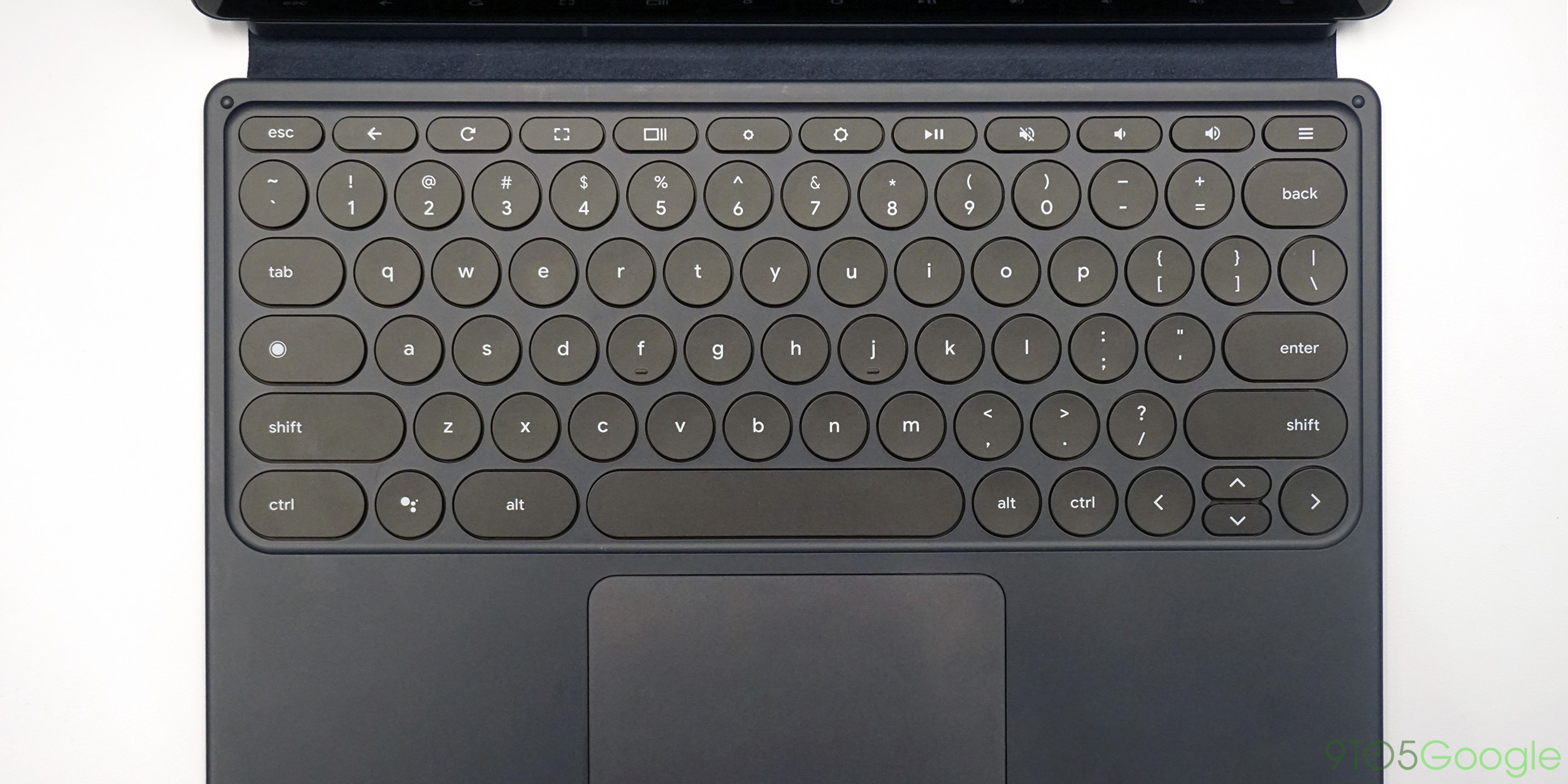 It’s not quite a full layout but does include a dedicated Google Assistant key as standard. The keyboard also has an etched glass touchpad that is capable of multi-touch gesture support. Overall, the typing experience seemed great in our short time with it.

The Pixelbook Pen is fully compatible with the Pixel Slate and comes in a new color to match. Pressing and holding the button on the Pixelbook Pen allows for annotations or summoning of Google Assistant without needing to touch the Slate — but I would have preferred this to activate something else like brush type for instance. I think the Pixelbook Pen one of those extra bits of hardware that at first glance don’t seem that important or necessary but do complete the experience.

It’s add-ons like this that round-out the entire device, as it can compete on a playing field with the iPad Pro and the Apple Pencil. Annotating onscreen is great fun and the pen reacts really well to your swipes, presses and overall handwriting — no matter how bad it looks. I feel that this simple addition could make the Pixel Slate a great learning or creative device for millions of families and teachers.