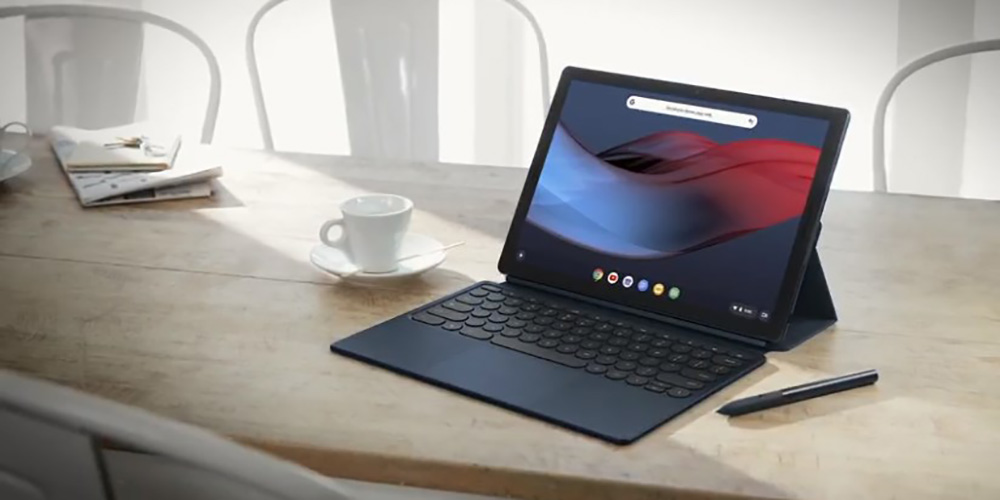 In a shake up to their previous two-year release cycle, Google has revealed the Google Pixel Slate, a new Chrome OS tablet in the Pixel lineup, just one year after the release of the Pixelbook. And yes, the device is just as attractive as its name.

The Google Pixel Slate is a 12.3″ tablet (roughly the same diagonal size as the Pixelbook) with a focus on both content creation and consumption markets. It’s decked out in a gorgeous deep ocean blue, with a sharp silver accent color on the power button, a signature trait borrowed from Pixel phones.

The power button is notched into the upper corner of the device. This is because it also holds the fingerprint sensor, a new feature for Chrome OS devices.

On the bottom of the device, a contrasting orange color is seen on what appears to be the connector for the official keyboard.

The Pixel Slate features smaller bezels than last year’s Pixelbook, with a camera up top, and a speaker embedded on either side.

On the back, the familiar “G” logo is prominently displayed, giving the device the Google stamp of approval. In the next corner, a rear camera can be seen — a first for Chrome OS devices in the Pixel family. 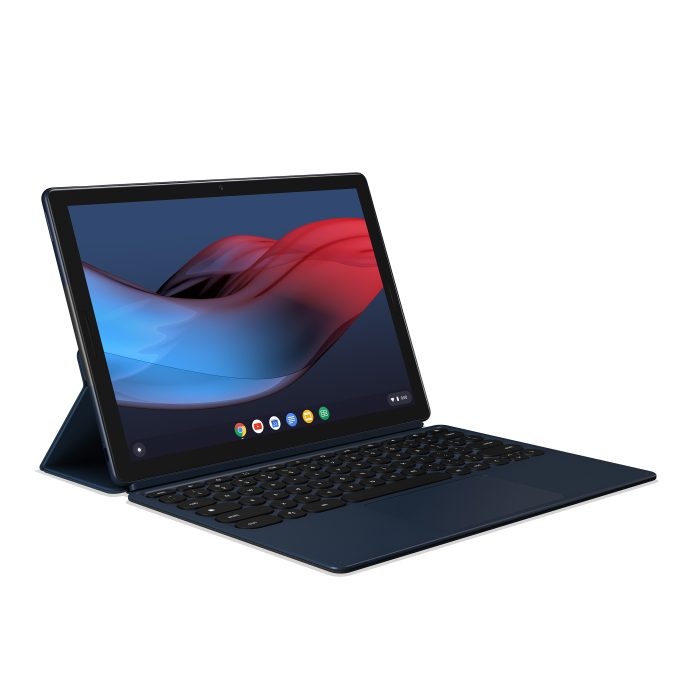 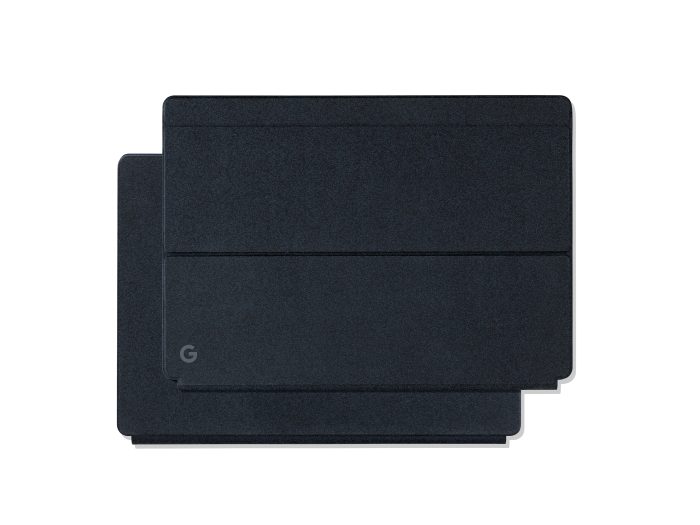 The Google Pixel Slate comes in five distinct models, with the primary differences between them being the processor, storage, and RAM. All models come with an 8th Gen Intel® processor, no less than 32GB of SSD storage space, and a minimum of 4GB of RAM. Otherwise, all models will be the same.

Google has assured us that whichever model you buy, your experience will be consistent, as the Google Pixel Slate was optimized for the lowest end device.

The Google Pixel Slate is equipped with what Google calls a Molecular Display, with a resolution of 3000×2000. Even with this massive display, Google claims the device’s battery will last for up to 10 hours of use.

One thing notably missing from the device is the lack of a headphone jack. This is, unfortunately, consistent with the rest of the devices in the Pixel family this year.

More coverage of the 2018 Made by Google Event:

ChromeOS Made by Google 2018