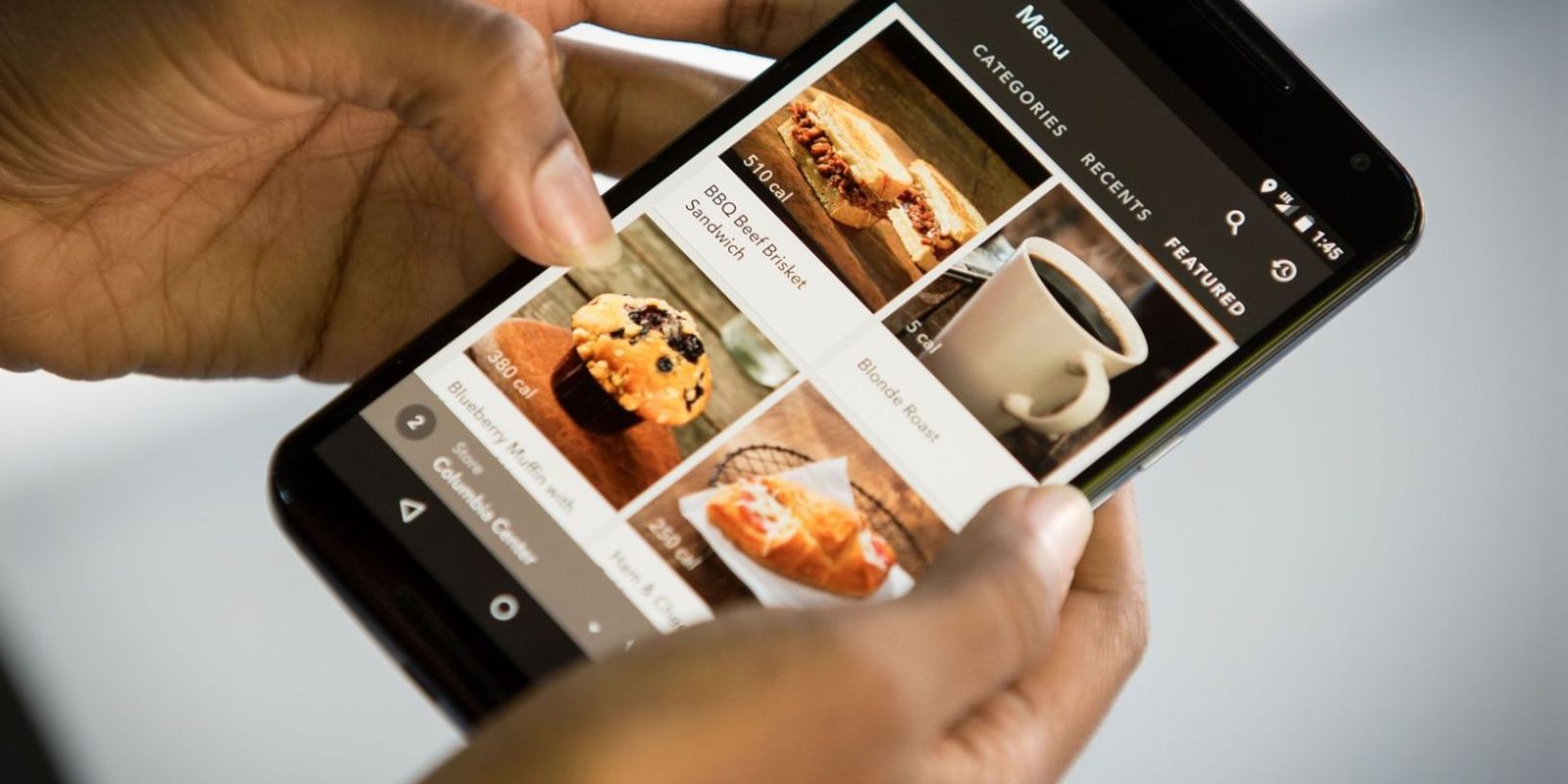 Back in August, Starbucks for Android added the ability to reload your points-earning Starbucks Card with Google Pay. Starbucks 5.0 is now rolling out a bottom bar that cleans up and simplifies the app.

Starbucks 5.0.1 features a five-tab bottom bar that provides quick access to Home, Cards, Order, Gift, and Stores. These sections were previously housed in a navigation drawer that has since been removed.

While there were several more sections previously in that drawer, Starbucks has consolidated some of the elements and cut down on duplication. Your order History and deals Inbox are available at the top of the app, while settings is available to the right.

Version 5.0 alters the FAB from a circular shape to an oval one. Instead of just noting your remaining balance it adds the word “Pay” in front to be more apparent. Meanwhile, tapping “use” brings up options to “Order” and “Add money.” Clicking now immediately opens your card for quick scanning. This process was always an annoying two-step, with those options now available in the bottom bar.

Otherwise, the rest of the app remains unchanged. Other notable apps to adopt a bottom bar include most Google services and Twitter for Android in July. Starbucks 5.0.1 is rolling out now via the Play Store.

Hi there, coffee lovers. We’re excited to share the new navigation in our app. It’s now easier than ever to get what you need, like the barcode screen from the one-tap Pay button. And, your order now stays in your bag as you explore other features in the app. Your thumbs will thank you.

This bottom bar reflects the increasingly tall state of phones today due to 18:9 aspect ratios, and will allow for easier reachability. Additionally, this update reflects how bottom bars are a great way for developers to prune unnecessary duplicity and prioritize the important parts and sections of their app.