As a company, Starbucks does a rather good job of adopting new technology. At I/O 2018, Google announced the ability to order Starbucks via Assistant, while Google Pay does work in stores, even if it’s not advertised.

As part of an update to the Android app today, Starbucks is letting users reload gift and rewards cards through Google Pay. Announced earlier this year, the feature is now live with version 4.11.1 of the app.

Google Pay can now be used for one-time reloads of the Starbucks Card in the app.

Users are able to use Google Pay for one-time reloads with the new option appearing when adding money to a card from the FAB. After confirming the amount, the system Google Pay prompt will appear to confirm  the transaction and purchase.

Unfortunately, auto-reload is not supported by Google’s payment service, with users asked to select a new method. Other payment types that work in the app include credit cards, PayPal, and various bank services.

This update is now widely rolling out via the Play Store. 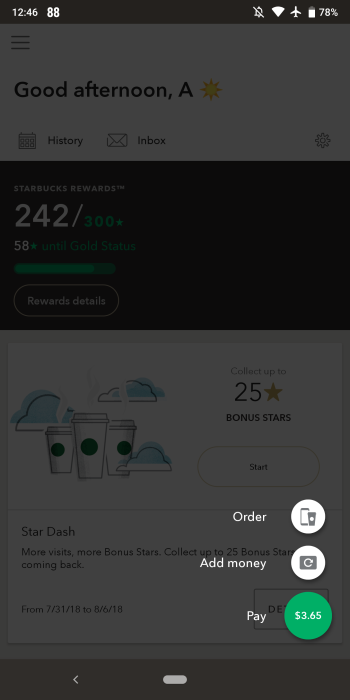 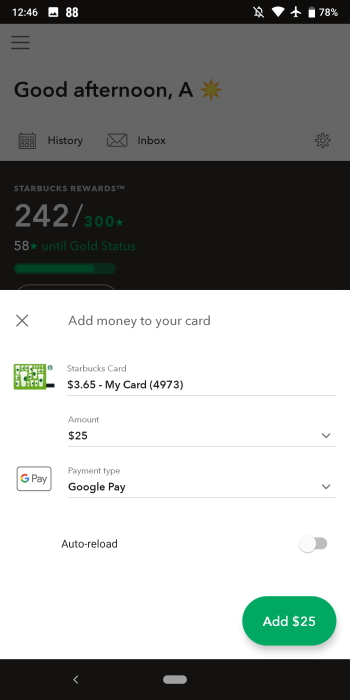