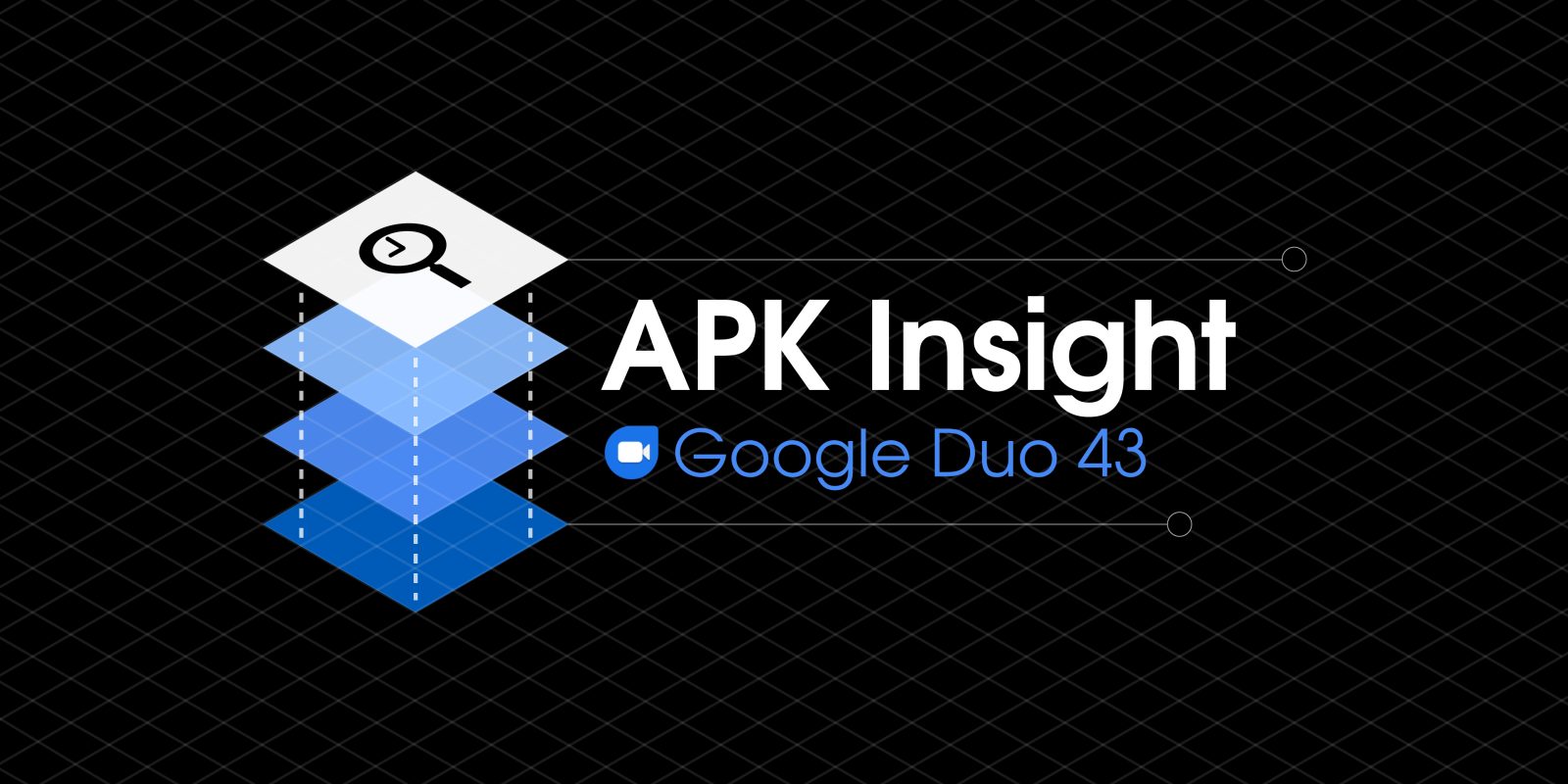 The latest version of Google’s consumer video conferencing client is now rolling out on Android. Google Duo 43 features a handful of visual tweaks, including Material Theme settings. Meanwhile, the app is preparing a Data Saving mode, sending already recorded video clips in an expansion of the built-in messaging feature, and more.

About APK Insight: In this ‘APK Insight’ post, we’ve decompiled the latest version of an application that Google uploaded to the Play Store. When we decompile these files (called APKs, in the case of Android apps), we’re able to see various lines of code within that hint at possible future features. Keep in mind that Google may or may not ever ship these features, and our interpretation of what they are may be imperfect. We’ll try to enable those that are closer to being finished, however, to show you how they’ll look in the case that they do ship. With that in mind, read on…

Removing the color from the app bar, there are still blue accents in the menu. In adopting the Google Material Theme, Google Sans is leveraged, while spacing between items has increased with thin outline dividers.

A previous version changed the background of the voice call screen to dark gray, with Duo 43 reverting back to a shade of blue to match the app’s theme.

For those in resource constrained environments or with expensive cellular rates, Google Duo is working on a “Data Saving mode.” When enabled, it will lower the video resolution of everyone in calls.

Duo allows users to send voice or video messages outside of leaving a voicemail when a recipient does not pick up. Google Duo 43 details the ability to send videos already on your camera roll instead of having to record from inside Duo.

Meanwhile, in a related change that we enabled, Duo is working on a new messaging UI. When sending a voicemail via the contacts menu, call recording will not automatically start after a three-second timer. Instead, users are presented with the screen below that notes user unavailability and a button to manually start recording.

Google Duo 43 is testing a picture-in-picture mode that features both your stream and the recipients. The interface becomes a landscape rectangle.

As seen in the Settings menu above, “Blocked numbers” is now “Blocked users” and coincides with an upcoming ability to block by email rather than traditional number.

Version 43 of Google Duo is rolling out now via the Play Store. We do not post APKs to download directly given the legal challenges associated with copyright and possibility of removal. Meanwhile, that model is perilous given Android App Bundles and Google Play’s Dynamic Delivery.