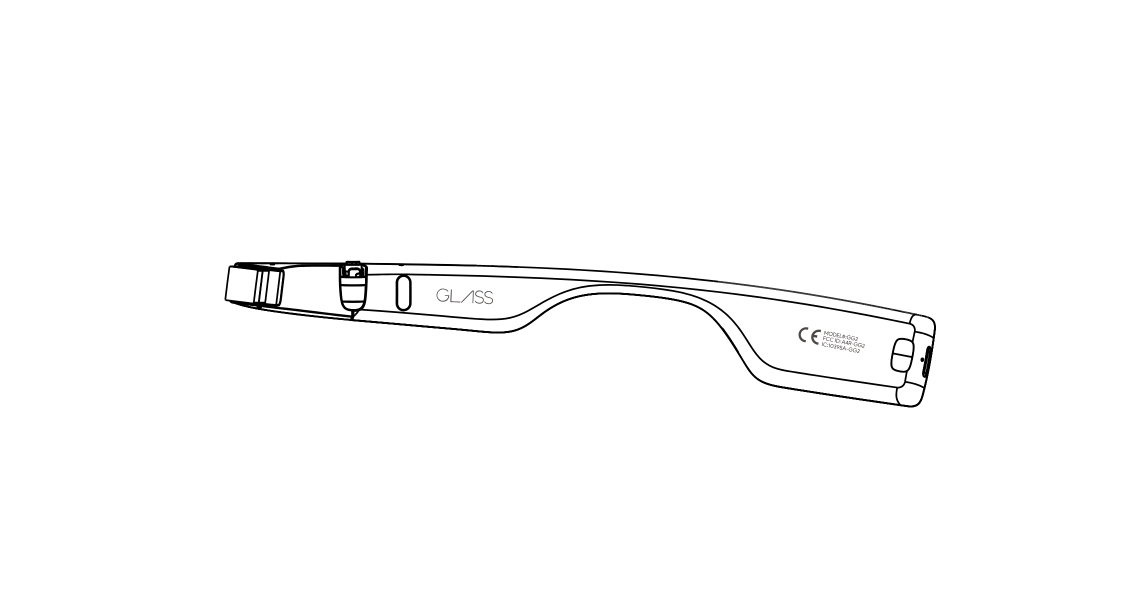 Google introduced Google Glass Enterprise Edition last summer, more than two years after we first broke the news on the device’s existence. Since then, the company has been working on a followup to that enterprise-focused mixed reality headset with some minor tweaks in tow. Today, that device passed through the FCC and we’re getting our first peek at a rough sketch.

As you can see above (that’s from the device label/location info document, which usually gives a pretty reliable look from at least one angle), the new A4R-GG2 Enterprise Edition looks a lot like the current A4R-GG1 Enterprise Edition. There’s the very same button-and-hinge mechanism that allows the device to fold, a power button on the backside, and a Glass logo inside.

The FCC documents don’t tell us much about the device’s actual hardware, but we’ve been told by a source that it’s mostly just spec bumps for performance, battery life, and other core functions.

We detailed the spec sheet for the first Google Glass Enterprise Edition last July, which has an audible speaker, dual-band 802.11a/b/g/n/ac WiFi, an LED on the front (to let you know when the camera is capturing), an Intel Atom CPU, 32GB of storage, and a 780 mAh battery. I’d expect similar specs here, but perhaps a new CPU and larger capacity battery. There’s also likely new measures in place to minimize heat as that’s a problem the first Enterprise Edition suffered from greatly.

We’re told that Google is targeting 2019 for this device’s actual launch, but don’t expect it to see any storefronts or crazy floating showrooms. Google is heads-down focused on signing as many contracts as possible to get these used in businesses, and that strategy isn’t changing soon.

Here’s our hands-on with the first Enterprise Edition, which this device is very similar to: