Google One might be the new all-in-one subscription package for Drive storage, online support for services and include other handy perks, but the system has so far been a US-exclusive. Now, this new system is slowly expanding beyond US borders with UK and Canadian users able to sign up to the service.

Originally pointed out by Android Police, Google One may already available in Argentina, Australia, Brazil, Mexico and India but was absent in a few key markets until now. Back to Canada and the UK though, if you do subscribe you’ll get access to more than just extended online storage.

A few other benefits of the system include credits on the Google Play Store and deals on hotels found in Google Search. Google One subscribers also get 24/7 live support for Google’s products — from Google Calendar to Gmail to Google Docs. Users have long been stuck digging through Google’s support site for help with those products, but now that’s changing.

Update 11/15: France has now been included in the nations receiving access to the Google One online storage subscription service. 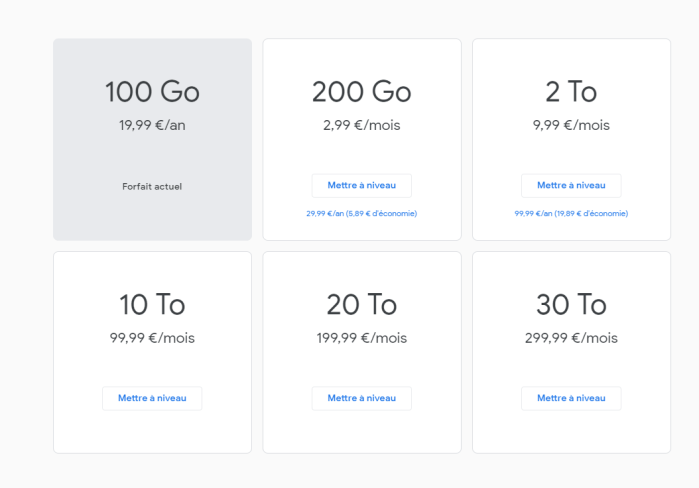 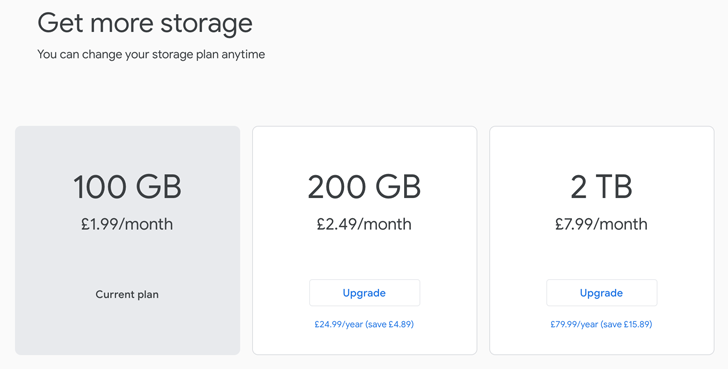 Whilst the pricing is in a different currency, they translate well across the Atlantic for the most part. Here’s the full storage tier pricing for the UK:

The pricing does translate well, but the exchange rate might irk some in the UK a little — for the record I don’t really care. With exchange rate bumping prices for the 2TB plan, for instance, to around $13. That won’t break the bank, but it might sting a tiny bit.

As for Canadian pricing, they translate to around pretty much the same as they do at this side of the pond: 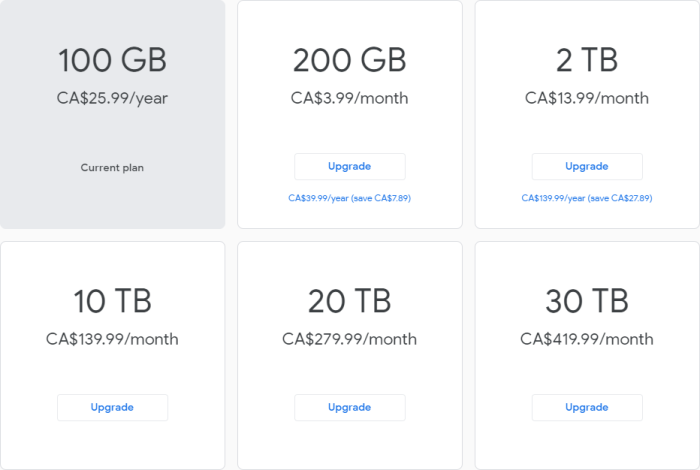