The Google One launch was a bit rough. The service was announced at I/O, then it went up on the Play Store 10 days later, and then it became officially available to “everyone” in mid-August. But the problem with that was that it wasn’t actually available to everyone.

Now Google’s trying to make up for the headache…

In an email Google sent to at least one affected Google One user (via Android Police), Google writes that their initial invitation emails “went out a little too early,” but that the company is “excited to have you as a Google One member now.”

Thanking these users for their patience, Google’s throwing a $5 Google Play Store credit bone, on top of the $5 Play Store credit they already have in their Google One account if they did indeed decide to become a member after all the hub-bub.

It’s not completely clear which Google One users qualify for the bonus, but it’s presumably anyone who got an email telling them they could sign up when the service “launched” in mid-August, but then couldn’t actually sign up until a few weeks later. Also, given the “we’re excited to have you” verbiage, we assume you’d have to actually be a One member to get this bonus.

Regardless, it’s something that Google definitely didn’t have to do, and it’s nice to see them owning up to their mistake. Hopefully similar annoyances will be avoided in the future. 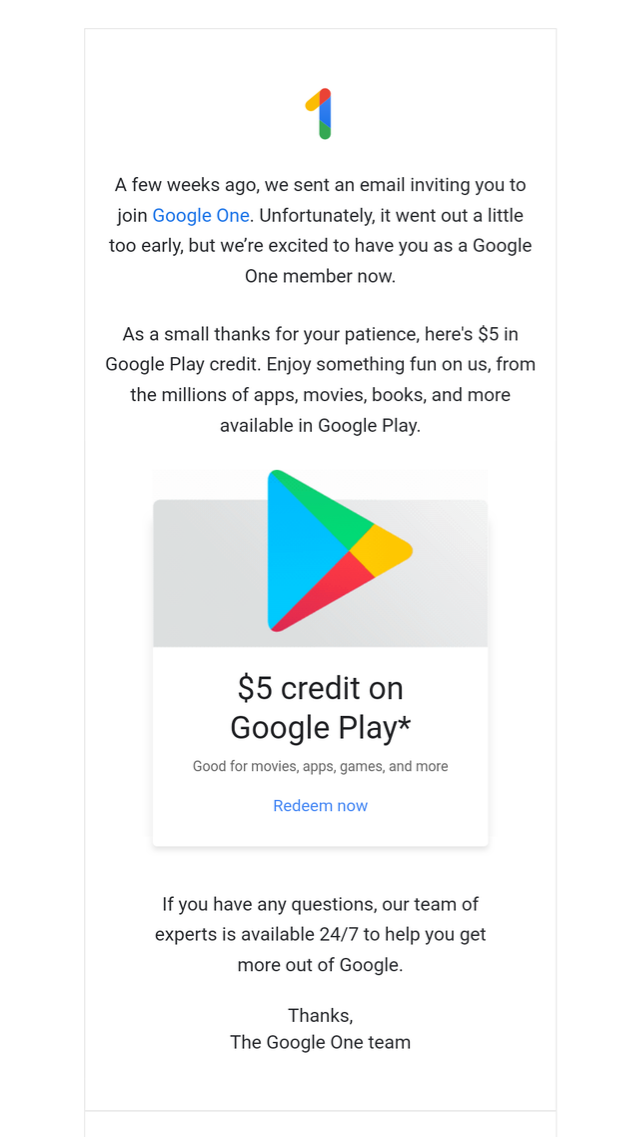