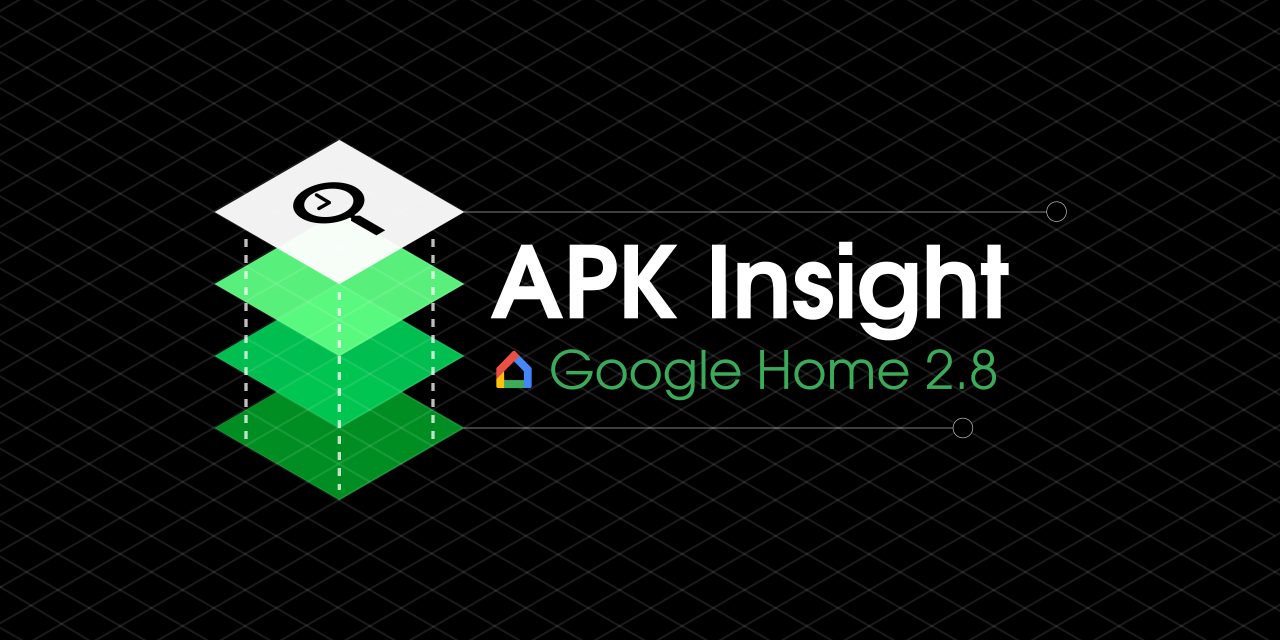 At Made by Google 2018, the Google Home companion app for Android and iOS was revamped with the Google Material Theme and a focus on controlling all your Assistant smart home devices. Google Home 2.8 continues work on that with a new Routines shortcut to manually invoke macros, and more options for devices.

One aspect of the redesign in October introduced quick shortcuts to Play music, send a Broadcast message, and more at the very top of the app. Google Home 2.8 introduces a new Routines button that allows users to initiate one from a panel that slides up. This is the same as invoking using a voice command, but can be done with just taps, just like Home View. Users can choose what device to the play the Routine on, as well as open Assistant settings to manage and edit them.

Smart Displays like the Home Hub can double as a great digital picture frame, with Google on stage noting how AI was being leveraged to remove bad, blurry shots and inappropriate images. The latter ML-powered correction feature might soon get a manual “Restricted Mode” option that users can turn on to filter out those pictures.

Announced at I/O 2018, this kid friendly feature finally launched last month. When a user command includes “please,” Assistant will respond with a “thank you” or other similar phrase noting your courtesy. Google Home 2.8 features a string referencing the feature in a possible sign that “polite_mode” could soon get some manual setting.

<string name=”polite_mode_description”>Nudge all using this device towards having polite conversations with the Google Assistant.</string>

In version 2.7, we detailed that Google Wifi might soon be controllable from the Google Home app thanks to strings detailing various Wi-Fi management settings. Work on that continues in Google Home 2.8.

Google Home 2.8 is rolling out now via the Play Store. We do not post APKs to download directly given the legal challenges associated with copyright and possibility of removal. Meanwhile, that model is perilous given Android App Bundles and Google Play’s Dynamic Delivery.