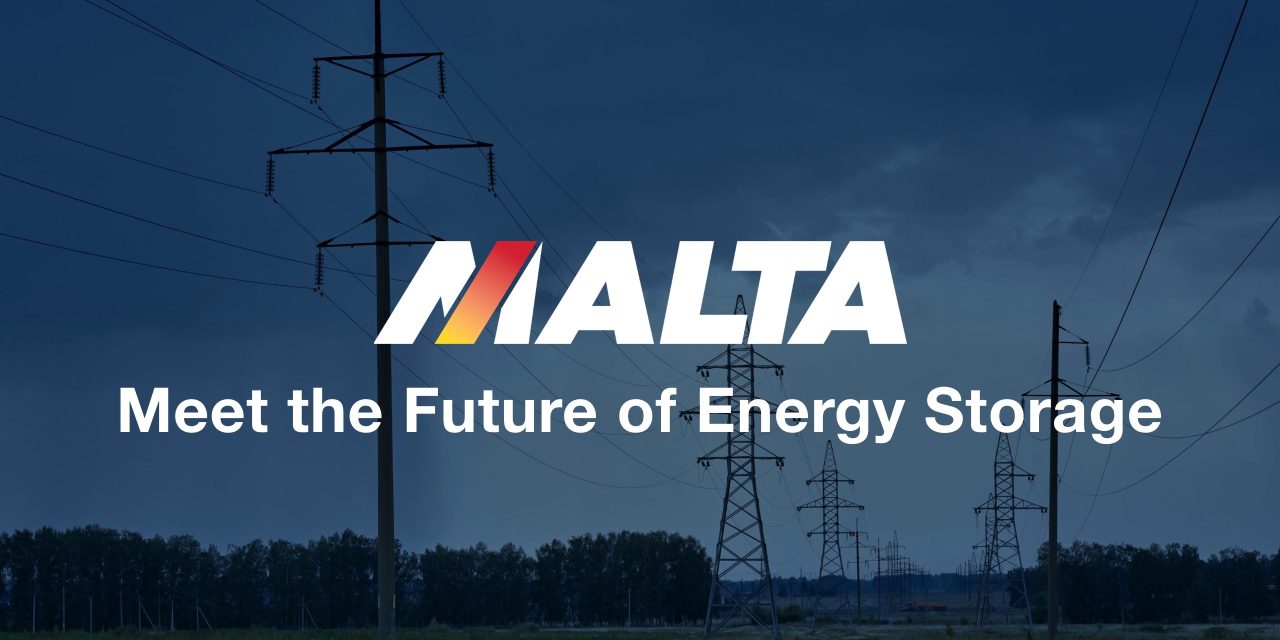 For the past several years, Alphabet’s X has been working on Project Malta to create a new approach for grid-scale energy storage based on salt. Malta is now ready to graduate from the Moonshot Factory as an independent, non-Alphabet company.

The key premise behind Malta is salt-based electro-thermal energy storage to tackle how today’s renewable energy cannot be reliably and affordably saved for future usage. For example, Elon Musk and Tesla have turned to conventional battery power packs for both home and grid use.

Malta’s solution is to store electricity as heat in high temperature molten salt and cold in a low temperature liquid for days, or even weeks, until it’s needed. Malta uses cheap, common materials — like salt, steel, anti-freeze, and air — and a new engineering approach to “time shift” the energy from when it’s produced to when it’s most needed affordably and reliably.

Within X, Project Malta created detailed engineering designs and prototypes, and worked with utility, grid, and power industry experts. Malta’s solution is touted as being cost-effective, easily scaled, and can be placed anywhere. Additionally, it works with conventional energy sources like fossil fuels.

Electricity can be stored for the long-term (6+ hours) after it its converted into heat, and charged thousands of times without performance degradation for an estimated product lifetime of over 20 years. When the electricity is needed, the system operates as a heat engine.

The team, based in Cambridge, Massachusetts, is now graduating X as Malta Inc. to design and build a megawatt-scale pilot plant.

At X we support our projects through the early stage prototyping and de-risking of their ideas, and then we help them find whatever business path or structure works best for the type of problem they’re working on. In Malta’s case, we’re looking forward to cheering them on as an independent company focused on developing an affordable and reliable way to store renewable energy — something that requires partners with very specialized skills and expertise.

Malta is the latest X moonshot to graduate as an independent company rather than joining the Alphabet structure. Dandelion earlier this year focused on geothermal heating and air conditioning that is environmentally efficient. X notes that it is “continuing to look for new ways technology can be used to help reduce carbon emissions,” like Makani energy kites.