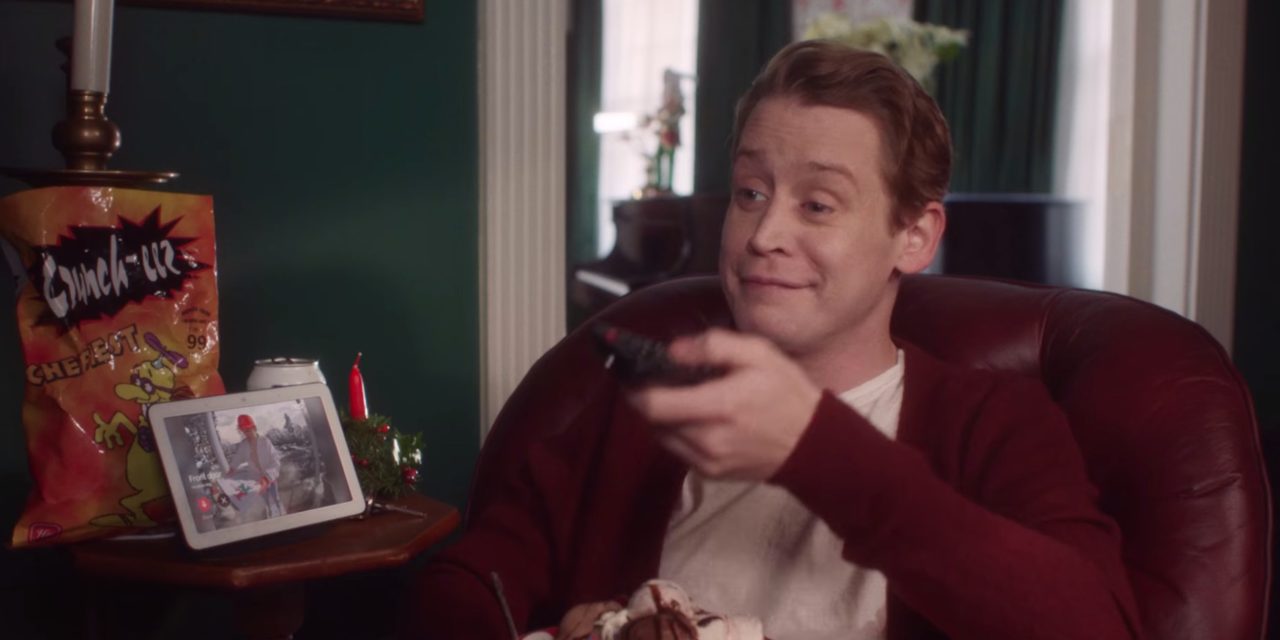 Over the years, Home Alone has become a staple Christmas movie, and Google is taking advantage of that nostalgia with a hilarious new ad. “Home Alone Again” features Macaulay Culkin reprising his role of Kevin McCallister, but this time in a smart home powered by Google Assistant.

Unlike the original movie, Kevin is not really “home alone,” but rather in a house with various Google Assistant gadgets.

Twenty-eight years ago, we met the precocious Kevin McCallister in “Home Alone,” the highest-grossing Christmas movie of all time. Now, Macaulay Culkin has reprised his role as the ever-resourceful Kevin in our new holiday film.

This includes the Google Home Hub, a Pixel 3 XL, Home Mini, and Nest Hello door camera. A variety of other smart gadgets are used, including a propped up mannequin attached to a Roomba in order to simulate people and movement. Of course, it is activated by a Google Assistant Routine this time around.

Update: One immediately criticized aspect of this ad was the poor Pixel 3 XL render in a scene with Kevin. The Assistant UI and homescreen on this year’s larger Made by Google phone — dual front-facing cameras and bottom SIM-card slot — stopped just below the notch, resulting in a very large top bezel.

There was enough online criticism that within 24 hours Google edited the scene (via Chris Welch on Twitter) with the proper notch and interface. Somewhat notable is how the owner of YouTube was able to edit the clip without having to re-upload a new video and therefore retain the view count and comments.

Starting today, Google Assistant will feature a number of “limited time” Easter Eggs that quote back iconic lines from the film:

The ad closes on the “Make Google Do It” tagline first introduced at CES earlier this year.

To continue the fun, check out a behind-the-scenes look at the taping, featuring the funniest moments on set. For Culkin, shooting “Home Alone Again with the Google Assistant” brought him back to his original days on set. “They did a very good job on the set decoration, the props, and all the shots were spot on,” he says. “I am thinking and hoping that people will really dig it.”