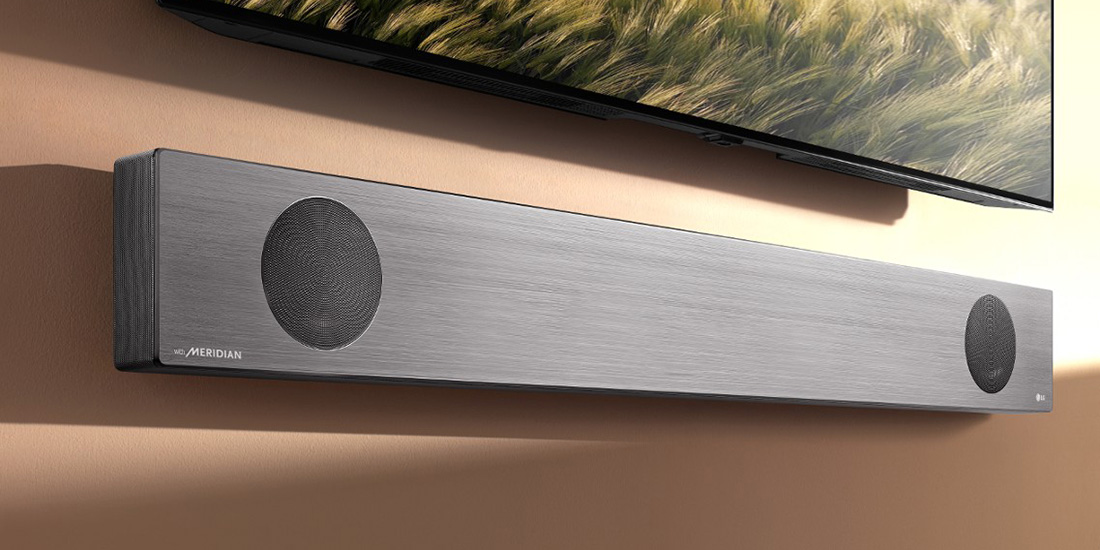 If CES 2019 proves anything like last year, we’re going to see a whole lot of Google Assistant at the show. Kicking things off this morning, just a couple of weeks ahead of the annual show, LG is showing off a new collection of high-end soundbars with Google Assistant built-in.

Announced in a press release today, this new collection of LG soundbars includes three different options – SL10YG, SL9YG, and SL8YG. As you might expect for a high-end soundbar in 2019, they both offer Dolby Atmos and DTS:X. These soundbars are also built in collaboration with Meridian Audio for improved quality.

Most interestingly, though, LG has packed Google Assistant into these new soundbars. Using “Hey Google” voice commands, users can adjust the volume, stream music from their favorite sources, and more. Like any other Assistant speaker, these soundbars can also be used to control connected smart home devices such as lights and thermostats.

…LG’s new lineup of soundbars offer the convenience of AI smart connectivity and voice recognition with the built-in Google Assistant. Users can control their LG soundbar and get information with a simple command such as, “Hey Google, increase the volume,” or “Hey Google, what artist is playing?” Compatibility with the Google Assistant-enabled smart products make it possible to control connected devices throughout the home via voice command. Simply say, “Hey Google, ask LG to turn on the air purifier,” to the soundbar to make adjustments without leaving the couch.

LG hasn’t released any pricing or release information on these soundbars just yet, but we can probably expect a bit more information at CES in January. The company also says that these soundbars can tell if they are sitting flat on a console or mounted on the wall and adjust sound accordingly. Further, they can be connected with a Wireless Rear Speaker Kit for surround sound.