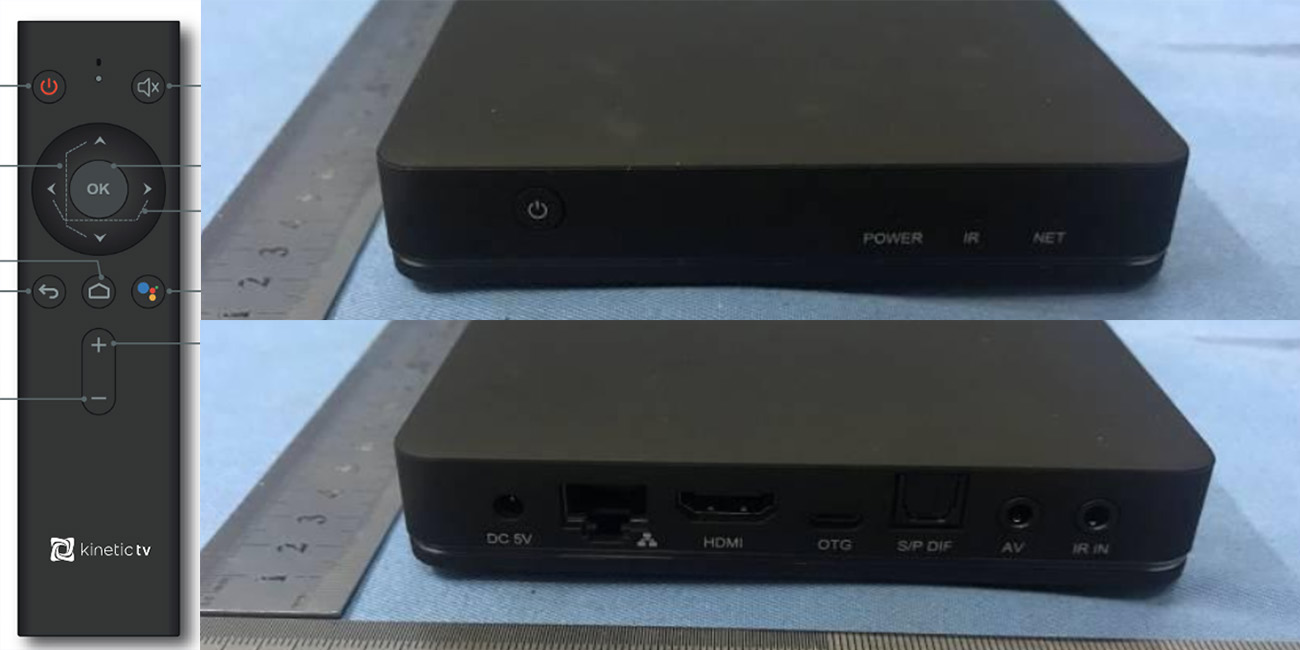 Just this week Google revealed new information about Android TV, confirming that over 100 pay TV operators are using the platform. Now, we’re getting a sneak peek at a new Android TV box from Windstream which, as a bonus, may be launching with Android Pie.

Hitting the FCC today, the “Kinetic TV Box” is a new set-top box from Windstream which uses Google’s Android TV platform. First spotted by @AndroidTVRumors, the box uses a design from SDMC. The DV8219 is based on a quad-core processor, offers 2GB of RAM and 8GB of storage, as well as offering Android TV and a Bluetooth remote.

The design to this box has been changed by Windstream to give it a black paint job, but the buttons and ports remain the same and Android TV is still running the show. There’s an HDMI port for 4K output, Ethernet, a microUSB port for OTG, two full-size USB ports, a microSD card slot, optical audio out, a 3.5mm jack, and an IR in port as well.

As for the remote, there’s a dedicated Google Assistant button and typical Android TV navigation keys.

Notably, SDMC mentions that this box is “Netflix ready” and has Google Play out of the box. Like AT&T’s DirecTV box, the operator tier is mentioned which allows changing the look of Android TV. It’s also good to see that Android Pie is advertised on this box which has been scarce on other Android TV devices so far.

Windstream’s Kinetic TV service is likely going to be the primary focus of this box. That service offers program recording with up to 4 shows at once, video-on-demand, and HD quality as well. Currently, there’s no indication on when this box will debut, but the FCC listing is a good indication that it will be announced in some capacity in the coming months. Perhaps we’ll even get a peek at CES like with TiVo’s Android TV box.