Just last month some new details came out surrounding AT&T’s upcoming DirecTV Now streaming box based on Android TV. Today, we’re getting a first look at the AT&T Android TV interface, and it makes some major changes to the traditional UI.

As first shown off by Android TV Guide, AT&T’s Android TV box is clearly making some adjustments to the Android TV UI that are like nothing we’ve seen on other devices. A big reason why most Android TV devices have mostly the same interface is that Google is strict with changes on the platform.

However, according to this report, the AT&T Android TV box is using an “Operator Tier.” This allows the company to customize the look and feel of the platform in some major ways with only a few guidelines which are required to be followed. As noted in the gallery below, this box boots up to always start with Live TV streamed via DirecTV Now. There are a few tabs available as well for the Guide, “Watch Now,” “My Library,” and “Discover.”

Another tab reveals your apps. Since the Google Play Store is available, you can download any Android TV app including YouTube, Netflix, Hulu, and even YouTube TV. There’s also a search interface with a custom keyboard for finding TV shows and movies. The Settings menu is also completely revamped on this device, but it appears that most of the same options are available. 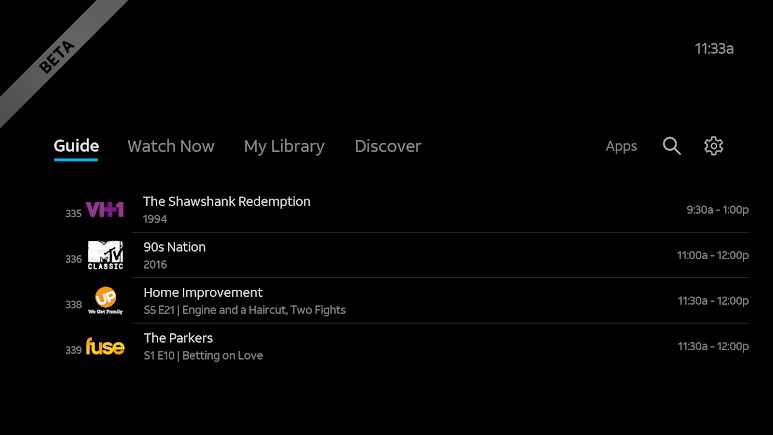 Notably, Android TV Guide also reports that this is all based on Android 8.0 Oreo. Further, this AT&T Android TV box, model number C71KW, has a Broadcom BCM7271 chipset under the hood. Previously, AT&T mentioned that trials would begin in early 2019 for this device.