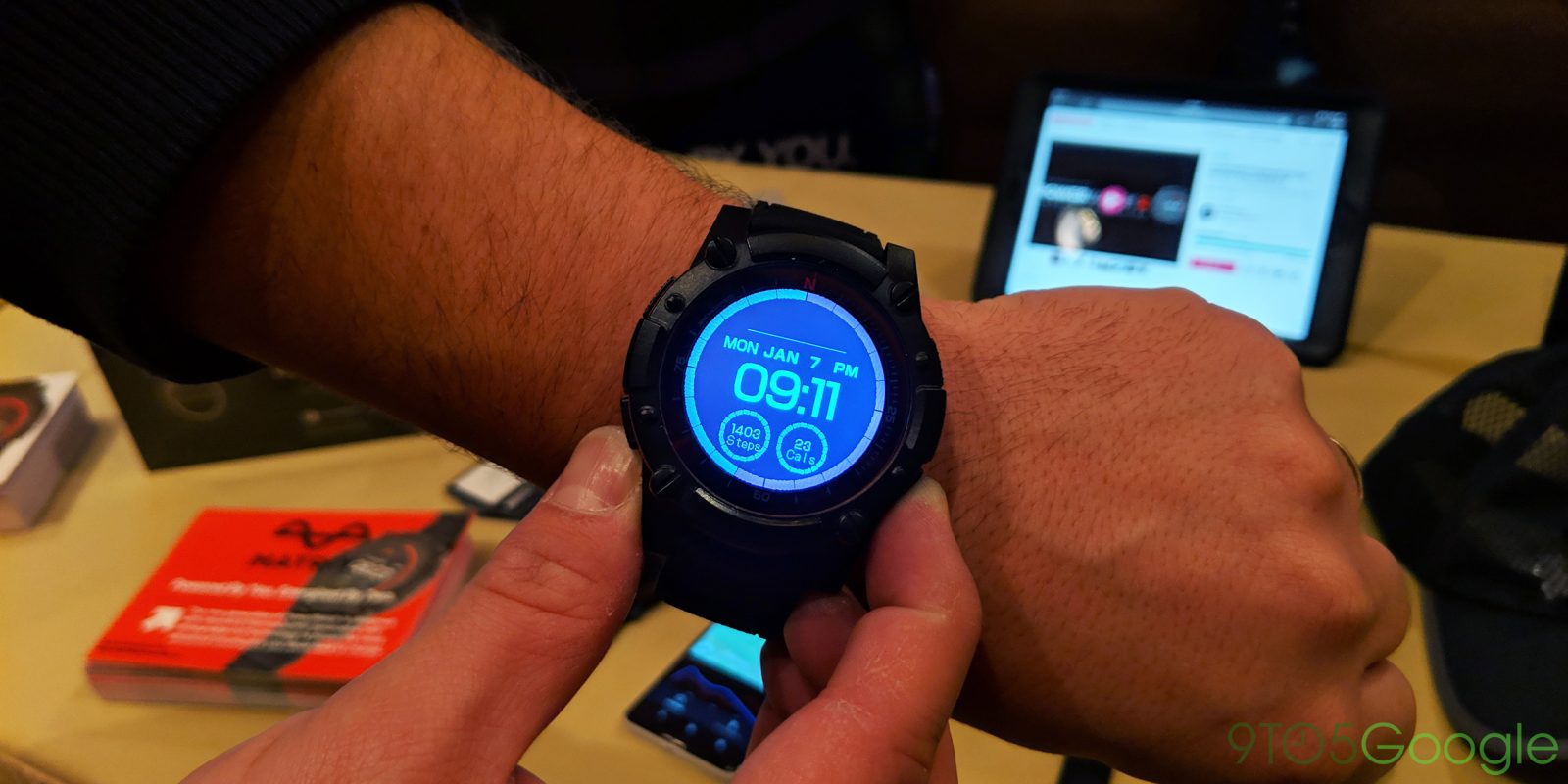 The most popular use for any smartwatch hands-down is the ability to track fitness statistics. This week at CES 2019, the Matrix PowerWatch 2 has gone official with a clever solution for battery life, as well as integration with Google Fit.

A huge issue with most smartwatches though and some fitness trackers is battery life, or at the very least remembering to charge the thing. The Matrix PowerWatch 2, though, completely lacks that problem because it draws its power from the user’s body heat. Watches with this feature are nothing new, but this is one of the only smartwatches to offer it. It also gathers extra power with a solar cell for increased power output.

The watch features a color LCD display along with common fitness features such as GPS, heart-rate monitoring, sensors for tracking steps, sleep, and much more. It’s not a small watch by any means with a thick, 46mm casing. It dwarfs the Fossil Sport that sat on my wrist at CES, but it weighs practically nothing. I picked up a dummy unit at the show before being given a real unit and the weight difference was negligible at best. The company says this is largely thanks to the airplane-grade aluminum used to build it.

For me, the most interesting bit about this watch is that it integrates with Google Fit. The company says this wasn’t possible on the original since Google Fit is too power hungry, but thanks to the solar feature and some work in the software, the Matrix PowerWatch 2 can use it. In its current state, the feature only works one-way with the watch feeding data into Google Fit, but I’m told that future updates will enable Fit data to be shown on the watch.

The Matrix PowerWatch 2 will retail for a hefty $499 when it launches soon, but those interested can join the already 500% surpassed Indiegogo campaign. There, you can score a unit for as little as $199.