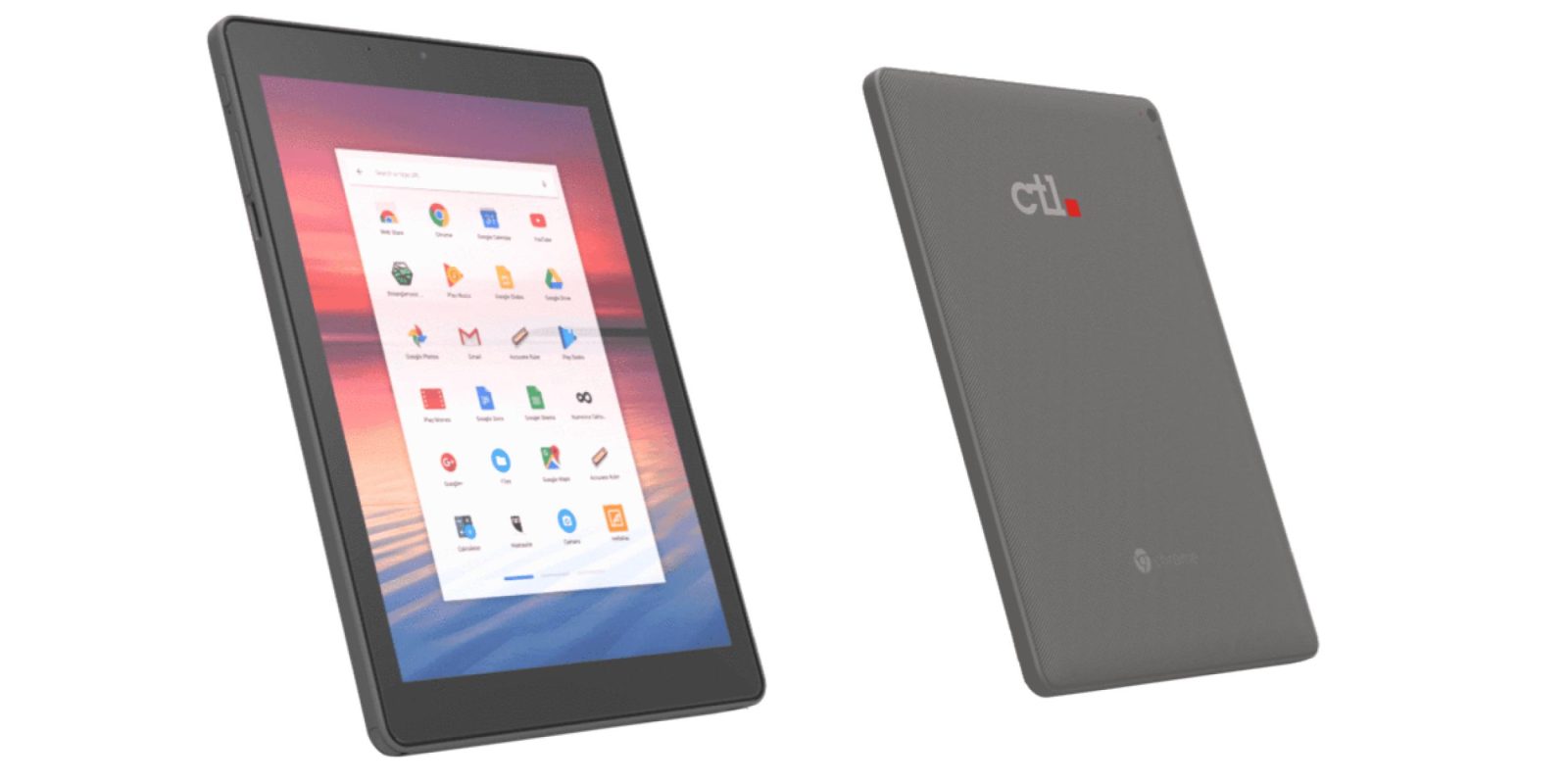 Following the Acer Chromebook Tab 10 and the Pixel Slate, Asus announced its first Chrome OS tablet at CES 2019. Today, the CTL Chromebook Tablet Tx1 for Education is launching as a focused device for the growing school market.

CTL is an education-focused company and has a history of making 1:1 Chrome OS devices. The Chromebook Tablet Tx1 is particularly rugged with a non-slip texture and drop-resistant outer shell design. Despite the protection, it weighs 1.2 pounds, features a 9.7-inch 2048 x 1536 IPS panel, and Gorilla Glass.

It integrates a Wacom EMR stylus in the bottom-left corner that does not require charging and is equally drop and spill resistant. Design-wise, the Tx1 is somewhat underwhelming with thick bezels around the display and a stayed gray rear where the CTL logo is prominently displayed with “Chrome” underneath.

This device is powered by a Google-optimized OP1 hexa-core processor with two Cortex-A72 cores and four Cortex-A53 cores, as well as 4GB of RAM. On the storage front, the 32GB of onboard storage is complimented by a microSD card slot.

Other features include a headphone jack, USB-C for charging the 10-hour rated battery, and two cameras. The front-facer is 2MP, while the “world-view” rear is 5MP. Availability is slated for both the U.S. and Europe at the end of February. It is now available for pre-order at $299.