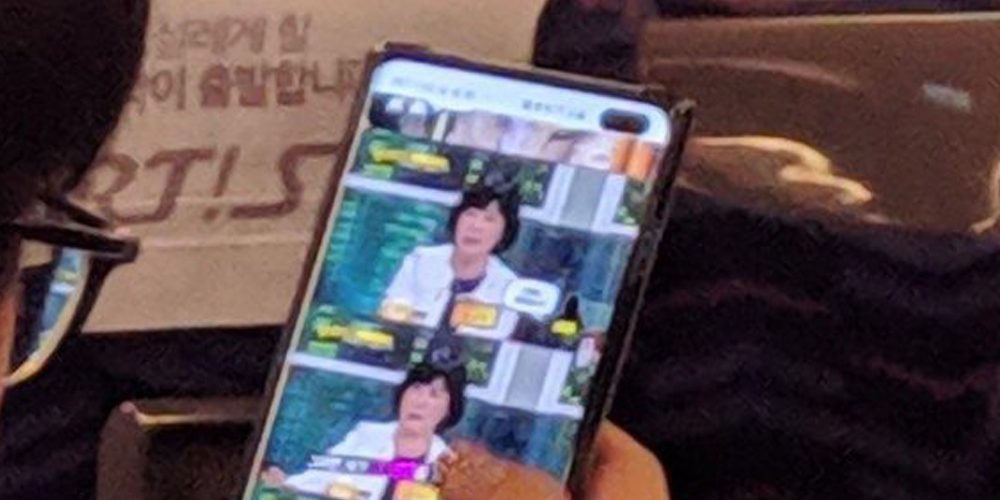 Don’t take test devices out in public if you want to keep them under wraps. That is our advice to OEMs in the lead-up to a major unveiling. Well, that hasn’t stopped what looks like the Samsung Galaxy S10+ from appearing on public transport in South Korea, giving us potentially the first glimpse of the biggest device in the Galaxy S10 lineup.

We believe that the original image was posted on Reddit (or at least shared there first) and shows the dual punch hole display cutout in the upper right of the display in real life for the very first time.

One thing you can notice from the images is the status bar seems to have dipped down to accommodate the extra real estate taken up by this punch hole. The rest of this proposed Samsung Galaxy S10+ looks very much like the renders we have seen already and seems to be in a slim flip case.

We would try to decipher the status bar, but the grainy nature of the images means it’s difficult to really work out exactly how Samsung plans on handling this display accessory. The usual time and battery status indicators have obviously shifted to the left but beyond it’s a case of ‘too much .jpg’ to work out the remainder of the status bar. 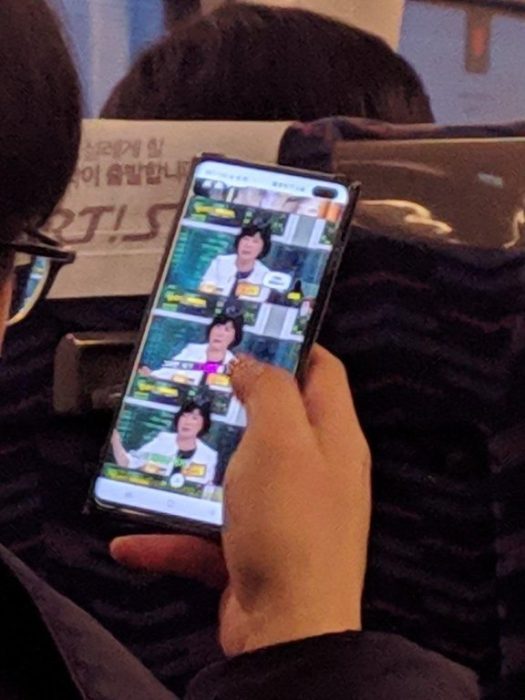 Another weird point we’ve noticed is the inclusion of the on-screen navigation buttons down by that sliver of chin. That’s not exactly anything shocking, just something that seems a bit at odds with the gestures brought in with Samsung’s own One UI and Android Pie. Maybe this employee doesn’t play nicely with the gesture method.

It’s interesting even just to get a glimpse of the slightly wider display cutout to compare and contrast it to a single dot hole. We’re intrigued to see how this will affect the overall UI as there will have to be accommodations made in One UI just for this extra notch space.

I’m not too sure if I like this dual punch hole quite as much as the singular display cutout that we have already seen on the Honor View 20 and the Samsung Galaxy A8s. I suppose we don’t have much longer to wait with the announcement just over a month away on February 20 in San Francisco.