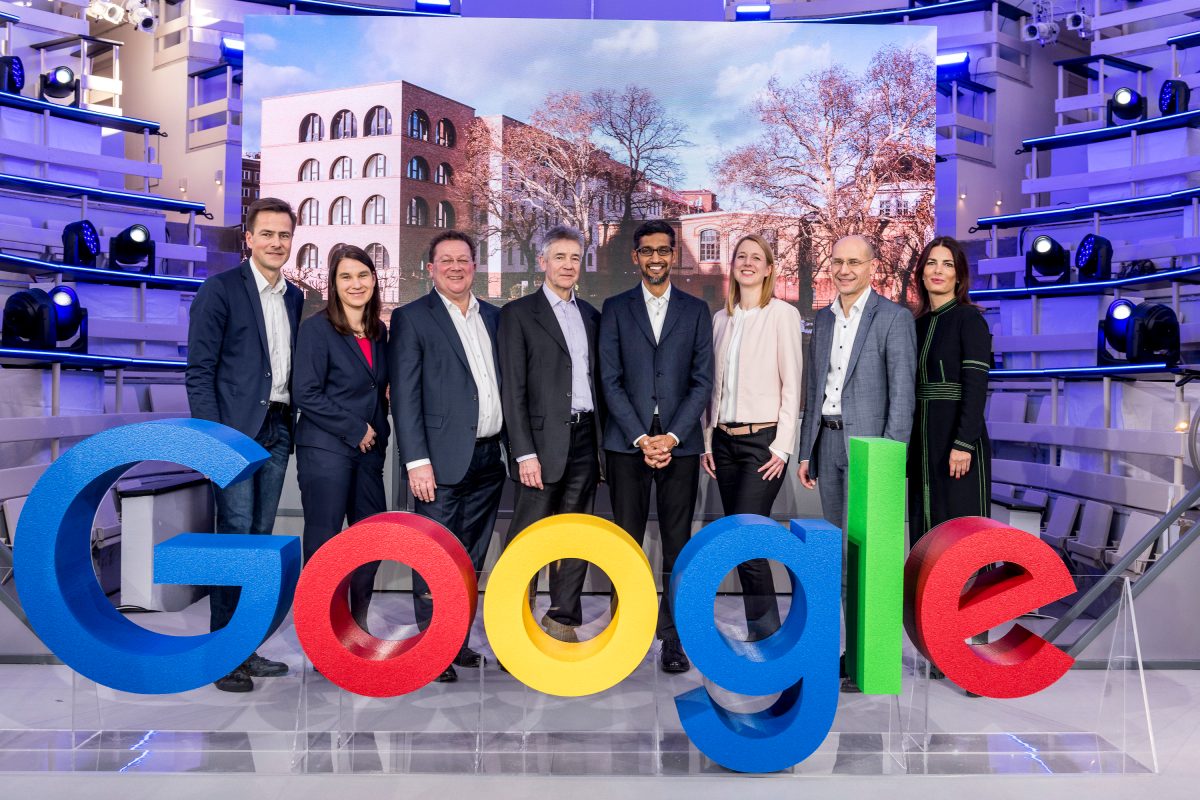 In addition to stateside developments in recent months, Google continues to expand its campuses overseas. Sundar Pichai today opened new offices in Berlin for up to 300 Googlers working on AI, Cloud, YouTube, and more.

Situated in Berlin’s Museum Island, the office has 8,500 square meters of space for employees working on Cloud, Google Play, YouTube, and Google for Startups. It also houses marketing, sales, and policy teams, as well as artificial intelligence researchers focussing on deep learning.

Google already has 1,400 employees in the country across four offices, including headquarters in Hamburg and a development center in Munich.

The new Berlin office features standard amenities like a cafeteria, fitness center, massage room, and “modern conference rooms.” The rooms are amusingly named after “legendary Berlin songs,” like “99 Luftballons” and Davie Bowie’s “Heroes.” Meanwhile, Google is planning on moving its existing YouTube Space in Berlin to this new building later this year.

During remarks, CEO Sundar Pichai provided an update on Google’s contribution to Europe:

Google continues to invest heavily in Europe. We employ around 16,000 people in 39 cities and 25 countries in Europe, the Middle East and Africa. In Europe, since 2007, we have invested more than 4.3 billion euros in five data centers. Between 2014 and 2017, our various partners – creator, publisher, app developer – have earned more than $ 22 billion in EMEA with our Ads, YouTube and Google Play platforms.

Of course, this comes in the context of European regulators scrutinizing Google on Shopping, Android, and soon AdSense for antitrust violations. Additionally, Article 11 and Article 13 of Copyright Directive could restrict the company’s services.