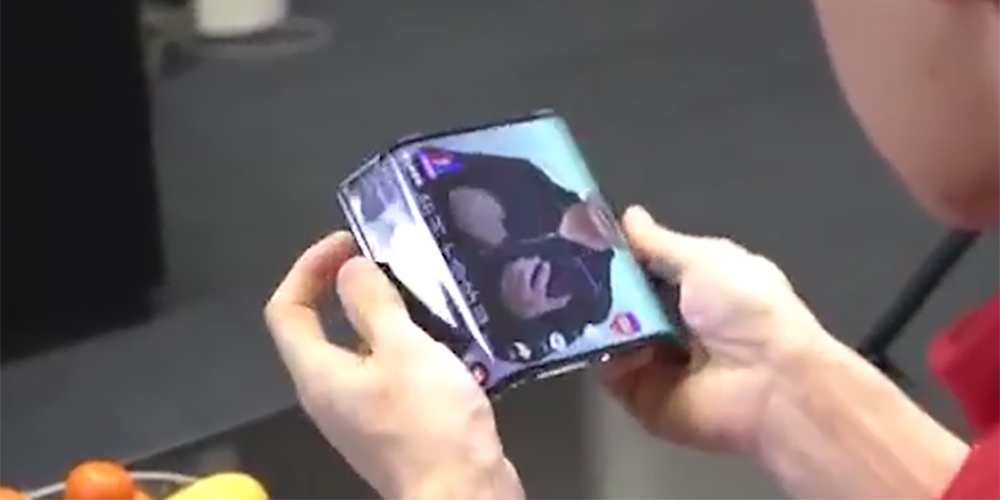 Beating the upcoming Samsung Galaxy F to the punch by at least a few weeks, Xiaomi has released a video of a prototype folding smartphone live to the world via social media and it looks insane.

I can honestly say that I am still a little sceptical of the whole folding display in your pocket. But Xiaomi is showing us a device that actually looks like it could be both useful and functional in the real world.

Xiaomi global spokesperson Donovan Sung posted the video to Twitter that showed company co-founder Bin Lin using the unnamed device. It starts off in a small tablet form factor before Lin folds the ends of the device and continues to use the phone to browse social media.

The device really doesn’t have much in the way of bezels either and when flipped you can see the folded display portions wrap around back neatly and still remain lit when Din Lin scrolls through his home screen. It’s all pretty slick compared to what we’ve seen already from other companies.

Although this test device simply showcases that Xiaomi is capable of taking a concept from paper to palms, this one prototype has reignited our interest in the folding smartphone or tablet device.

It’s quite a different approach to what we saw with the supposed Samsung Galaxy F prototype at the tail end of last year. And it is infinitely more neat without the middle hinge separating the user from content.

There is a tiny bit of lag on the prototype device, which of course, isn’t a problem but is worth noting. How it would stand up to everyday usage is another question entirely. Would a device in this form factor with such slim bezels be able to withstand hundreds of folds over the course of a year?

How would the display itself look? Would the fold regions become unusable after a drop? We thought the glass sandwich design was sometimes one of most stressful when a potential drop occurred.

Check out the video below for yourself and let us know in the comments section what you think about this prototype.

Check out this special video from #Xiaomi President and Co-founder Bin Lin, showing off a very special phone prototype… 😎

What does everyone think we should name this phone? 🤔#InnovationForEveryone pic.twitter.com/1lFj3nM7tD