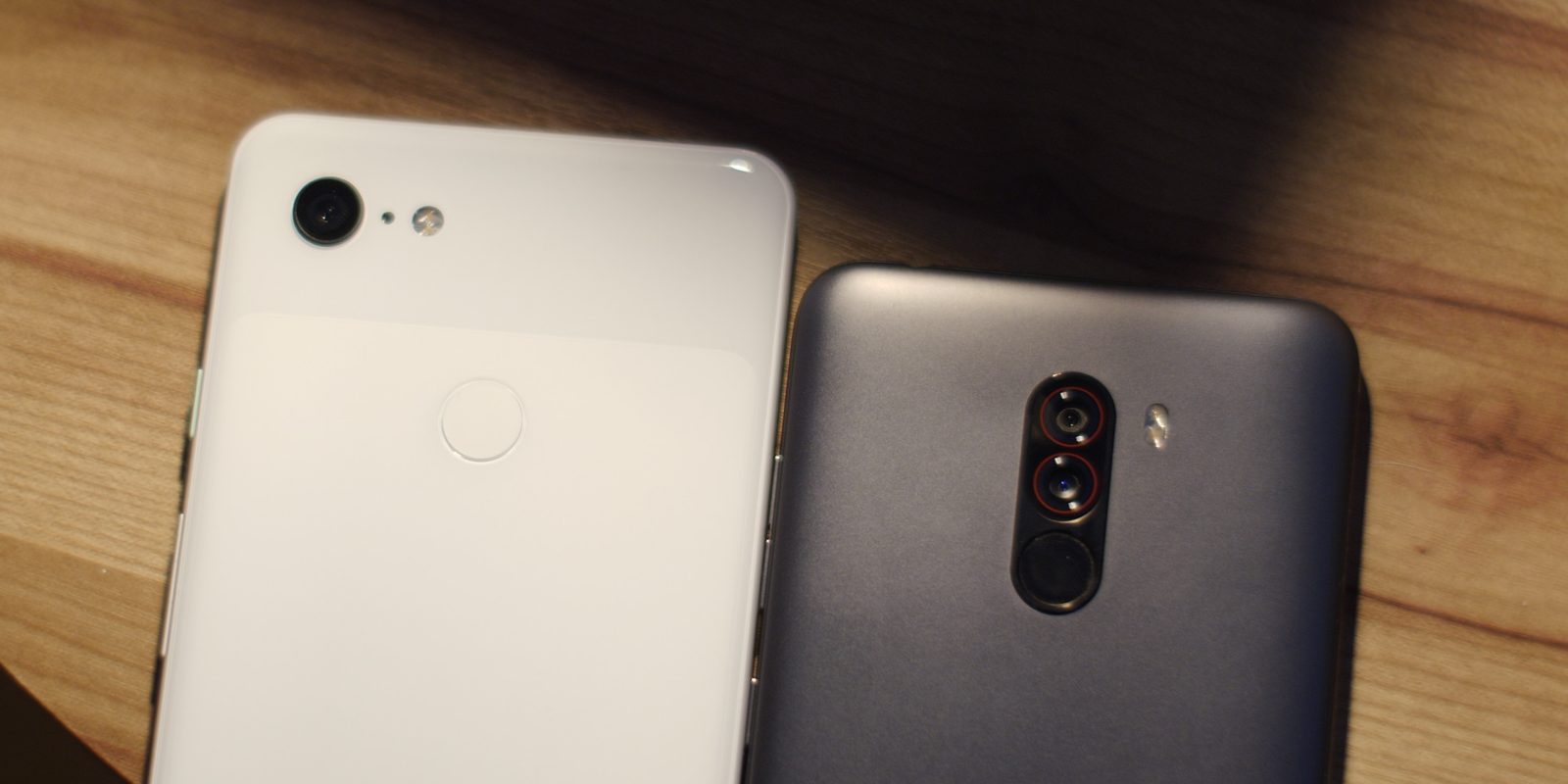 After the Pocophone F1 nearly came out on top in a blind social media camera shootout in a video by YouTuber Marques Brownlee (aka MKBHD), we thought it might be worth comparing the budget flagship against the superb Google Pixel 3 XL to see if our actual perception of the Google camera was really pixel perfect.

When you compare the prices of both smartphones, of course, you’d expect it to be absolutely no contest on paper. Then you factor in the computational photographic capabilities of the Pixel and it most definitely seems as though the Pocophone shouldn’t stand a chance whatsoever. It turned out that in his Twitter camera test, MKHBD proved that at least when uploaded online, we really do tend to favor certain traits in our pictures.

Oddly, the cheap and cheerful device has quite a good camera. It’s even arguably better than some devices that cost double the entry price of the Xiaomi-made smartphone and many of those competitor devices have already received lots of praise.

One thing I will add is that I tried my utmost best to give both devices a fair shot. There will be some night photography included. With regard to Night Sight, as you’d expect it does destroy the Pocophone in that arena. We are also aware that there is a Google Camera port for the Pocophone F1 available to download. As this is strictly stock camera vs stock camera comparison it will not feature. Although with that said, we may test with Google Camera on the Pocophone F1 against the Pixel 3 in future. 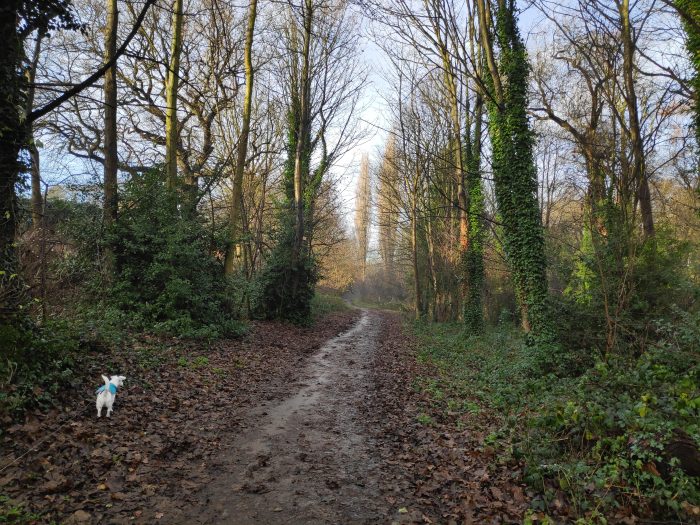 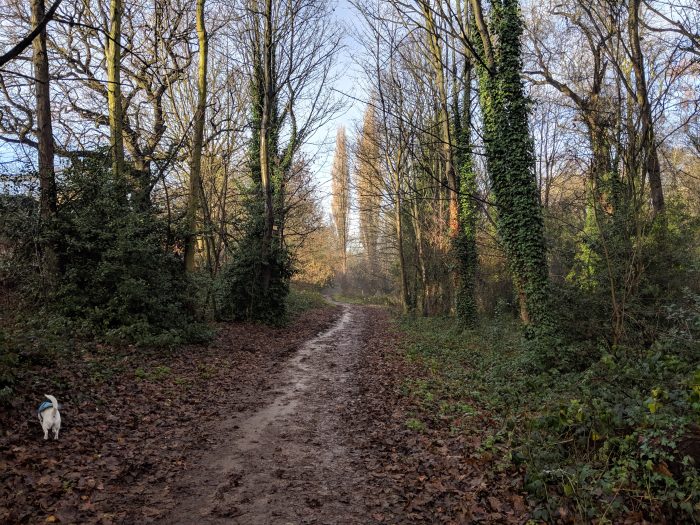 At first glance, it might be difficult to tell these two images apart. Look a little closer though and you really can see what you’ll realize are signature signs from both devices. The Pixel is incredibly accurate at color reproduction and that generally can be to the detriment of the visual appeal.

The Pocophone is really no slouch, I am genuinely surprised at how it can trade blows with the Pixel in the camera stakes. The image produced is sharp, detailed and although it feels a tad warmer; I genuinely love the end result.

Look at the sky and you can see how the Pocophone has brightened the entire scene. Even my dog looks a lot whiter than she should be! I can see why people chose the camera in blind tests and this is just the first image! 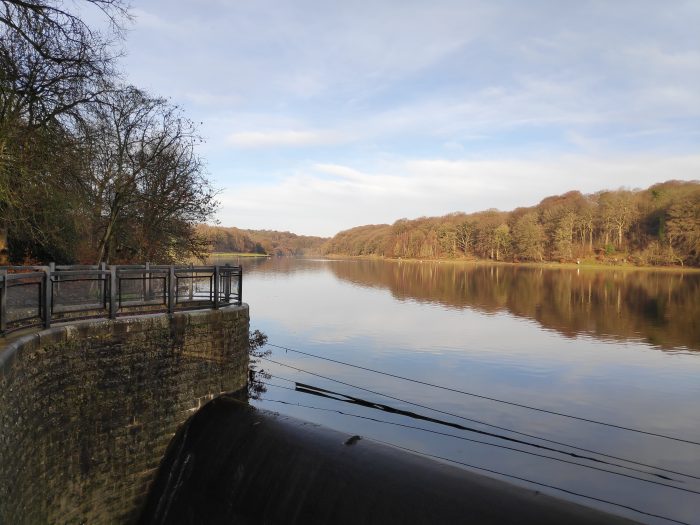 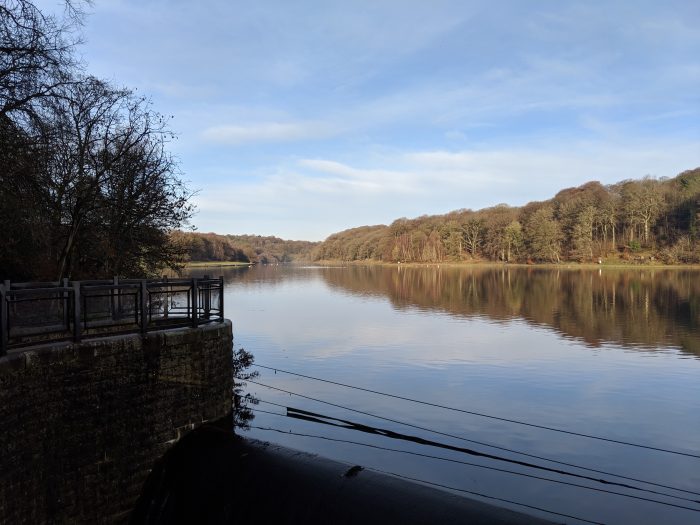 Look at how well both cameras have faired. I prefer aspects of each image from each camera. The Pixel has superb accuracy, especially with the far shoreline and trees that line it. The Pocophone does a fantastic job with some post-processing that gives the nearby wall and viewing platform a little more life and light.

One issue I’ve often found is that when looking at the phone display directly after taking, you can’t quite see the little nuances of each image. Sat at a larger screen it’s clear that especially in the far reaches of this image the Pixel really is crushing the Pocophone. There is less noise and the colors are just way more accurate.

Looking at the sky again shows you the difference between both cameras again. This was taken on a really bright day but in a shaded area and the increased exposure, whilst visually appealing, just isn’t even remotely accurate. For me, there is absolutely no disgrace in the Pocophone losing out to the Pixel here. 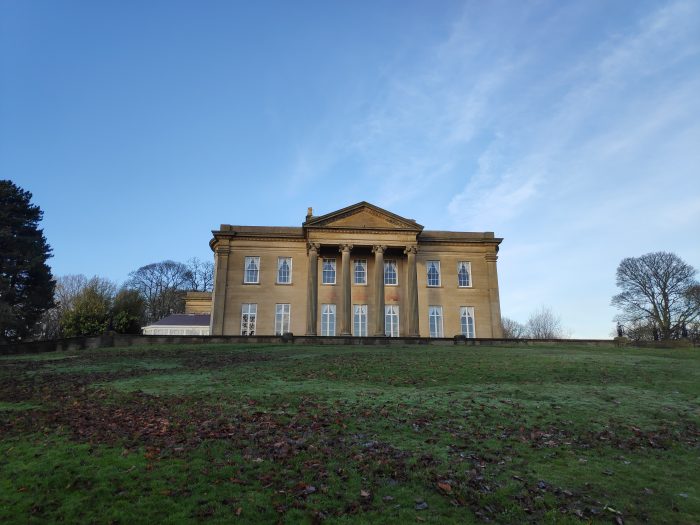 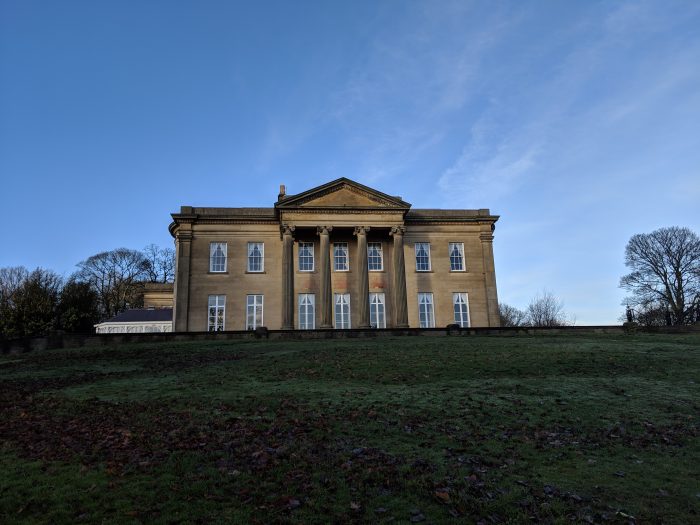 It’s scenes like this where I feel the ‘look’ of what the Pixel 3 XL produces suffers. It’s genuinely the most accurate of the two images but I can’t wholeheartedly say I like it more.

The Pocophone lifts the brightness and shadows. I genuinely see why the phone managed to make it so far in blind tests. Maybe it’s because I know the Pixel image is more color accurate (having taken the images in person) I am veering towards bias in favor of the Google camera results?

With that said, I would choose the Pocophone image as it really is the one I prefer, that’s even despite knowing instinctively that it’s not quite right. At this point I’m confused. 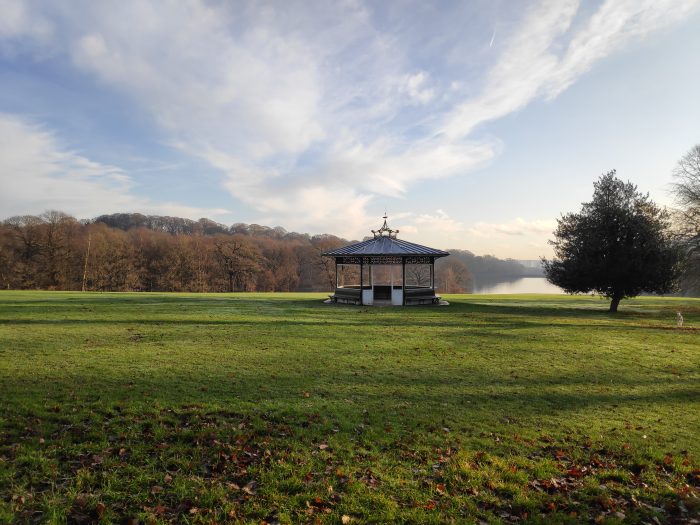 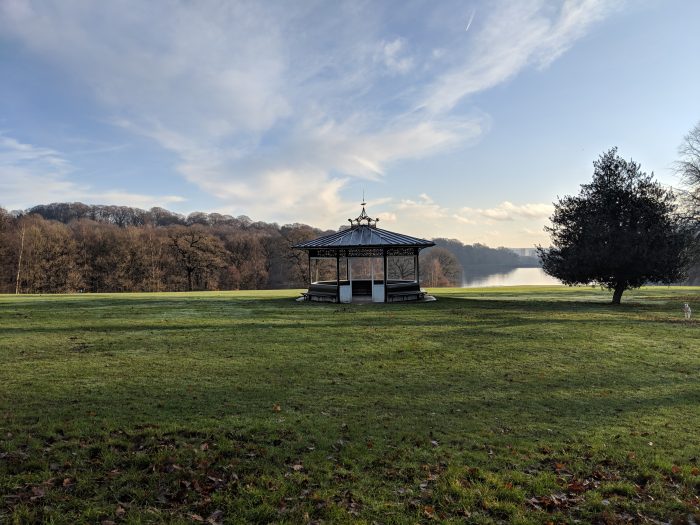 I actually really love both images for different reasons here as I feel the shadows are the core differentiator in this instance. The sky is absolutely perfect on the Pixel image, the grass, unfortunately, is browner than the Pocophone has produced but I do really love the overall aesthetic of that image.

By bringing up that brightness there is quite a big loss of detail, especially with the far buildings and the dew on the grass in the foreground. There is also a real lack of detail in the shadows of that tree on the right too.

Even with all that said, my eyes are drawn to it. It’s almost as if a filter has been applied just after pressing the shutter. The contrast between the two pictures is only massively apparent when you take in all of these minor details. The lake is far too flat straight out of the Pocophone and the clouds are a little mushy for me but kudos to Xiaomi. It’s no shock but I am really impressed thus far. 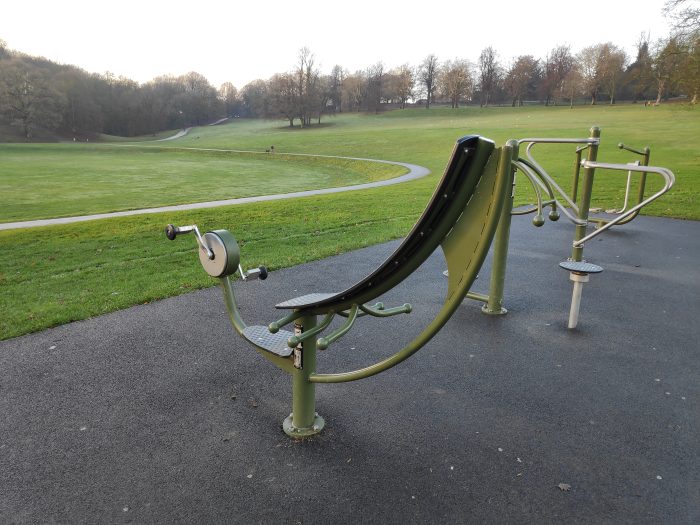 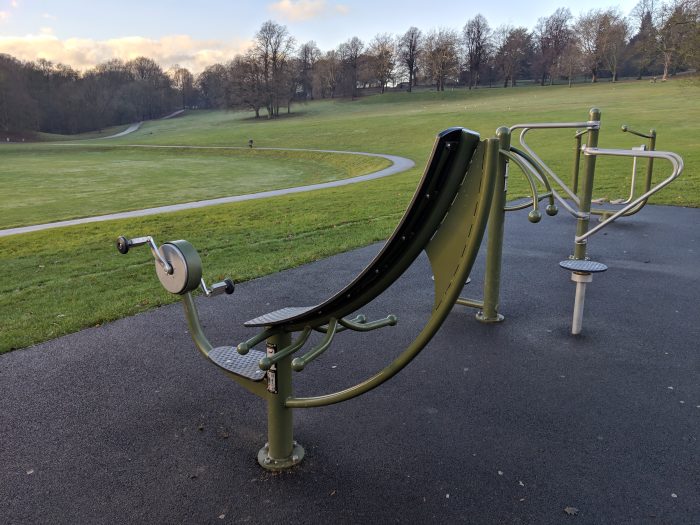 I took this picture and didn’t even realize until getting home and comparing just how much it shows the somewhat major differences between the two camera results. Look at that overblown sky and surround from the Pocophone. It has literally lost all detail and definition although the foreground and park gym equipment is still really sharp and clear.

The Pixel does what it does best, the skyline looks gorgeous and even though are plenty of shadows, there is so much extra detail and intricacy. The soft tarmac/asphalt was actually a tiny bit darker than either image has produced, so you could knock them both down in that instance if you were being overly harsh.

A look again at the grass in the far distance and you can see just how blurry and mushy the Pocophone image is. This was the first time I saw the Pocophone camera really start to struggle. That in itself is impressive and disappointing in equal measure given how many images I took prior to this with no real issues to speak of. 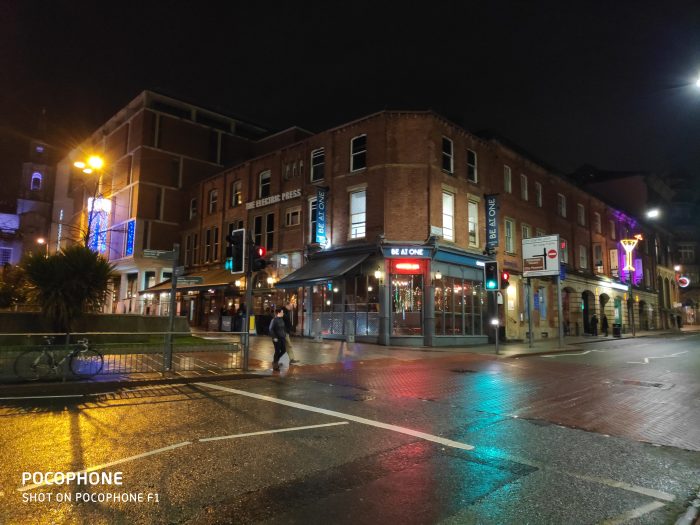 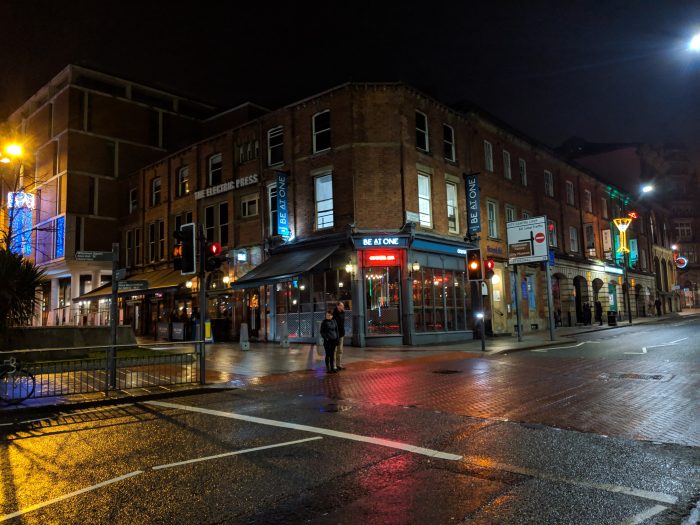 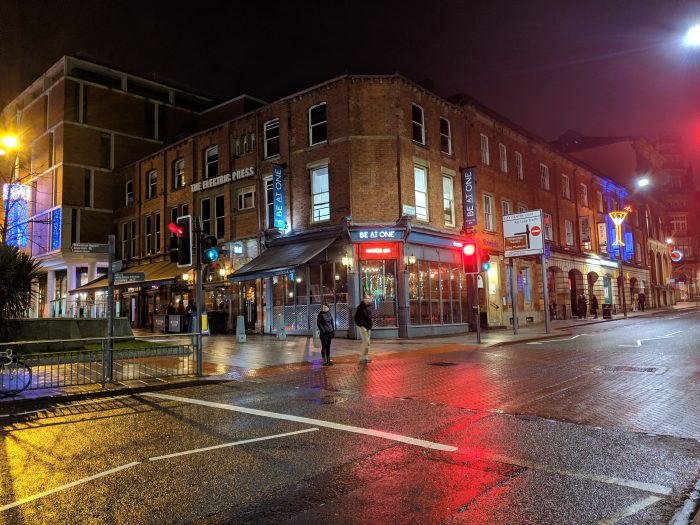 Surprisingly (although not that much given the comparison so far) I think the first Pocophone picture looks initially better than the image straight out of the Pixel. With a little closer inspection the Pocophone night picture is soft and not really in focus throughout the image. This is a problem I have noticed when using HDR at night, it introduces extra noise and results in average night pictures.

The Pixel produces a slightly less exposed but slightly sharper image right out of the camera. Night Sight is exponentially better than both other attempts. But I think I would opt for the Pixel as I do prefer the accents, shadows and overall character.

I can genuinely see why in a blind test on social media, the Pocophone would perform so well. I just had to try it for myself in person to better understand why this was the case. I recently reviewed the superb Pocophone F1 after it finally became officially available here in the UK but I still think the US buyers should steer clear.

It’s easy to start pulling apart the images from the Poco once you get them blown up and on a big display but genuinely the camera is superb for the price. We are aware of the Google Camera port but have yet to get thoroughly hands-on with it.

If you’re like me when you take photos, you’ll want something that immediately pops when viewing it. Clearly, OEMs are recognizing this and ensuring that our pictures really catch the eye straight out of the camera. The Pocophone F1 is clearly no different.

The Pixel highlights just how versatile it is in any given scenario but I couldn’t definitively say that it has a camera twice as good as the one found in the Pocophone F1. So no, double the entry price doesn’t equal double the camera performance. Granted that is my opinion.

We’d love to know what you think, it’s really interesting how MKBHD pointed out a general trait that most of us seem to share: we all like bright, somewhat saturated images. The finer details seemingly matter to us in isolation or when we are looking for them. Are you finding that you are biased towards a specific smartphone camera? Let us know in the comments section and let’s start a civil discussion.

Get the Pocophone F1