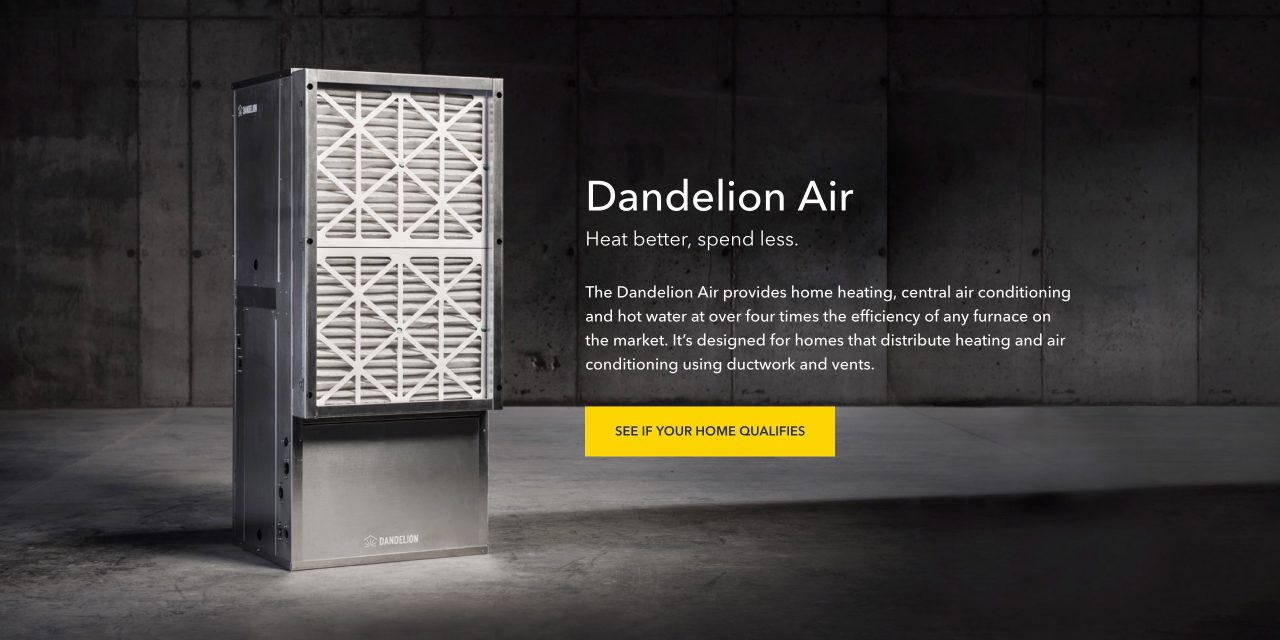 Projects in the X Moonshot Factory often graduate to independent companies within the Alphabet umbrella. Other times they leaves the research lab without any affiliation, as was the case with Dandelion Energy. GV and Comcast Ventures today announced a $16 million investment in the geothermal-based home heating and cooling solution.

In addition to heating and central air conditioning, the Dandelion Air can provide hot water at “over four times the efficiency of any furnace on the market.” The tall metal boxes house a multi-speed fan and compressor that work continuously with existing ductwork and vents. Like other smart home devices today, it features a cloud-component for real-time monitoring.

Dandelion Energy today announced that it completed a $16 million Series A round that brings its total funding to $23 million. The round was co-led by GV and Comcast Venture, with the former reflecting that Alphabet remains interested in green energy solutions. Each firm adds a board member with their investment. Other prior investors include NEA, Collaborative Fund, Ground Up, and Zhenfund.

“In a short amount of time, Dandelion has already proven to be an effective and affordable alternative for home heating and cooling, leveraging best-in-class geothermal technology,” said Shaun Maguire, partner at GV. “Driven by an exceptional leadership team, including CEO Kathy Hannun, Dandelion Energy is poised to have a meaningful impact on adoption of geothermal energy solutions among homeowners.”

The company will use the added resources to accelerate growth by expanding operations in New York with new warehouses and a larger team, as well as investing in research and development.

Dandelion’s Home Geothermal System is competing against the likes of natural gas, heating oil, propane, and other fossil fuel-backed heating methods. It’s half-the-cost of traditional geothermal installations, with the company arguing that the technology is now “economically viable for millions of homeowners.” After launching the Air in May 2018, Dandelion touts how it’s the largest residential geothermal installer by volume in New York.