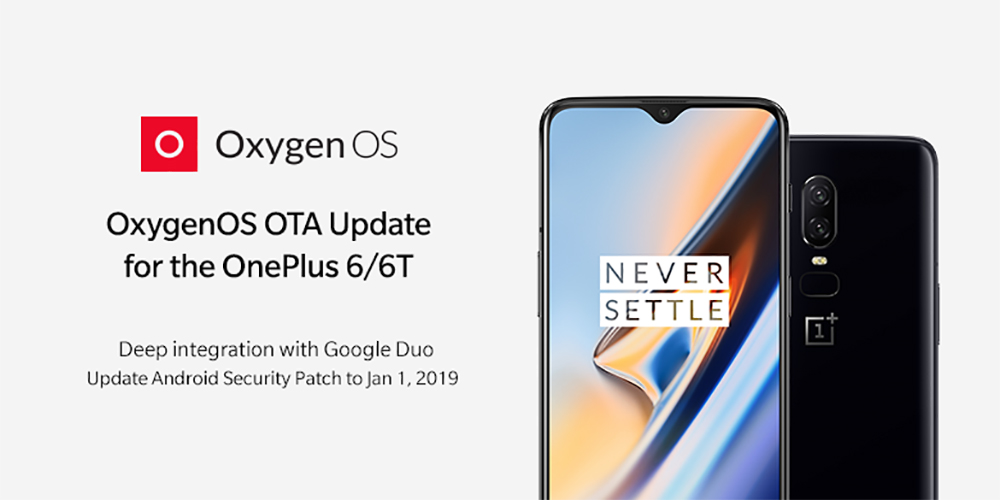 The latest OxygenOS OTA for the OnePlus 6 and OnePlus 6T is rolling out with the regular bug fixes and system improvements. This update also includes the January security patch and some deeper integration with Google Duo.

As is customary, the update was announced officially on the OnePlus forums by Global Product Manager, Manu J. The update was spotted early by a few eagle-eyed users on Reddit (/u/herbertportillo, /u/kkberg).

Our first question was: “What does this deeper integration with Google Duo actually mean?”

Well, it means that native video calling is handled by Google Duo rather than you relying on third-party applications like Skype, WhatsApp or Facebook Messenger to video call your friends and family. When you access your recent calls list, Duo calls will be listed here too now.

For anyone with a OnePlus 6T device, there are some display optimizations, which, again, we’re not too sure what this manifests as in the real world. It could simply mean some calibration tweaks for better performance.

What is disappointing is that both OxygenOS OTA updates only include the January security patch when the February patch is now rolling out. Hopefully, we’ll see another update in the next couple of weeks to remedy this.

[Update: Article wrongly stated this was the OxygenOS Beta — of course this is a full OTA. Amended accordingly, normal service resumes.]

If you haven’t received the OTA already, it’s definitely worth checking manually to see if you have the update ready to download.