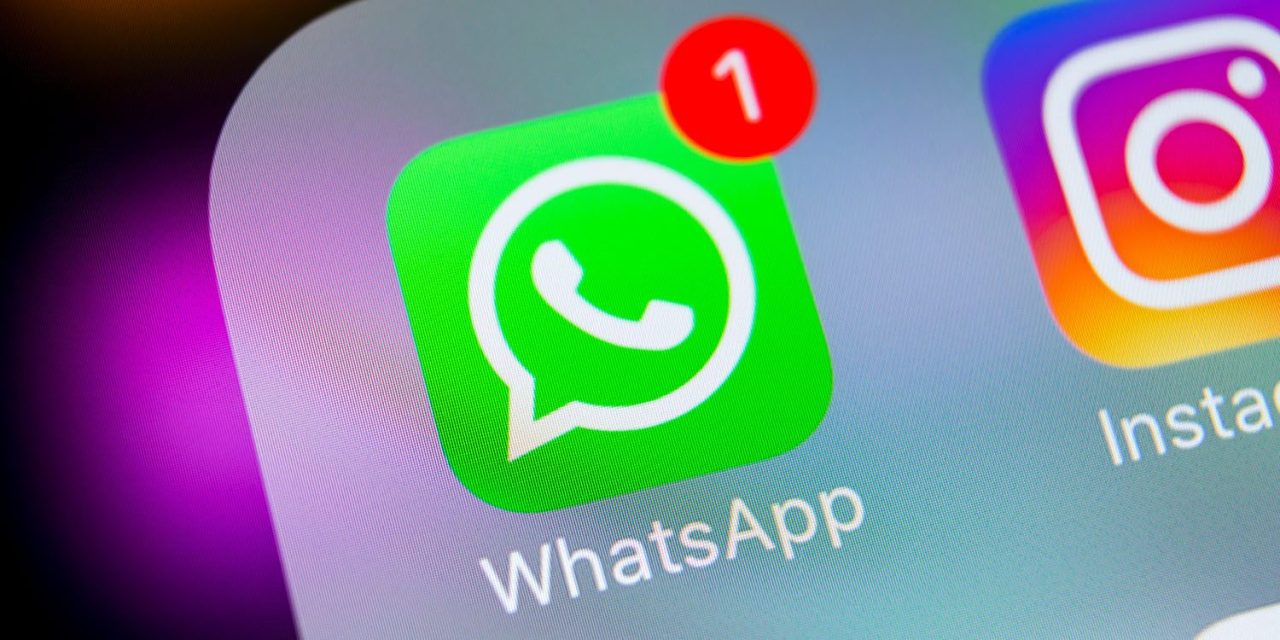 When the world’s biggest messaging platform makes changes or updates it’s important to take note. WhatsApp is not only developing a proper Group Invitation System, it is also experimenting with an updated algorithmic feed for the Status system.

The WhatsApp Group Invitation feature is not yet available but was uncovered by WABetaInfo, who discovered that this new feature allows you to set privacy controls for who and when other contacts can add you to group chats or groups.

Getting added to a group chat without your permission is one of the biggest frustrations with WhatsApp. This upcoming feature will allow all WhatsApp users to set their own privacy controls for all numbers.

At present, the feature is only available to those on the iOS beta program but the feature will rollout for Android devices in the future too. That said, the feature is naturally under development so it isn’t working at all currently.

How will this Group Invitation System work?

You will have a few controls on who can add you to groups, along with your privacy settings for each type of chat or message. 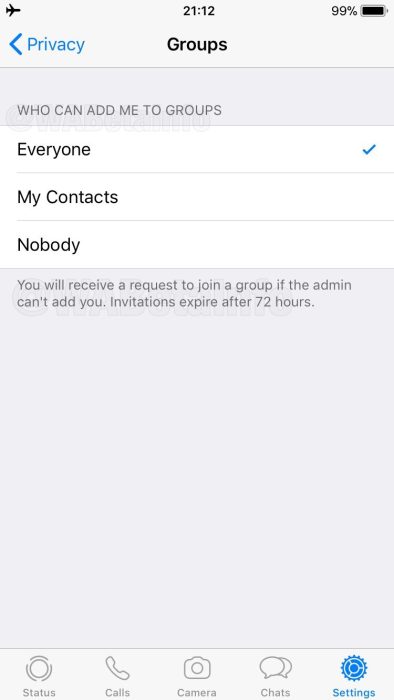 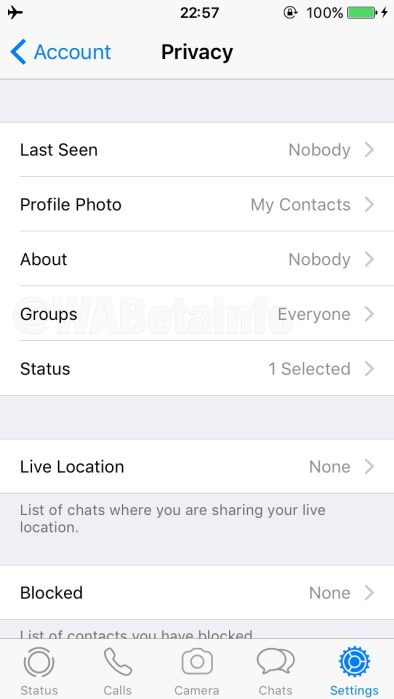 It opens doors to a new possible group privacy feature for all WhatsApp users in future, seen that the server is configured for it.

It’s worth noting again that this WhatsApp Group Invitation feature still isn’t available yet and there is no exact timeframe when it will be rollout to a wider user base.

WhatsApp is also experimenting with the Status layout (via Mashable). If you were unaware, Statuses within the WhatsApp application are essentially the same as Instagram Stories. You can add snippets of video, images and text throughout the day. At the moment the most recent images, videos and text are added to the end of a Status.

Users in Brazil, Spain and India are experimenting with the Status sorting updates by relevance, as opposed to this chronological order. This is thanks to an algorithm that will work out how often you interact with each users Status.

This does pose questions as to how and what the Facebook-owned company will do with the data collected on how we interact with each user story within our feed. For a company that prides itself on privacy, this might not be ideal. It’s also worth pointing out that Facebook itself made a similar move to an algorithmic news feed on its own interface. That didn’t go down too well.

It will be interesting to see how this affects users on WhatsApp. It is the most used application on my Pixel 3 by far but I can’t honestly say that I have ever used or seen another contact using the feature since it debuted. That said, according to TechCrunch, over 450 million global users access it every single day.