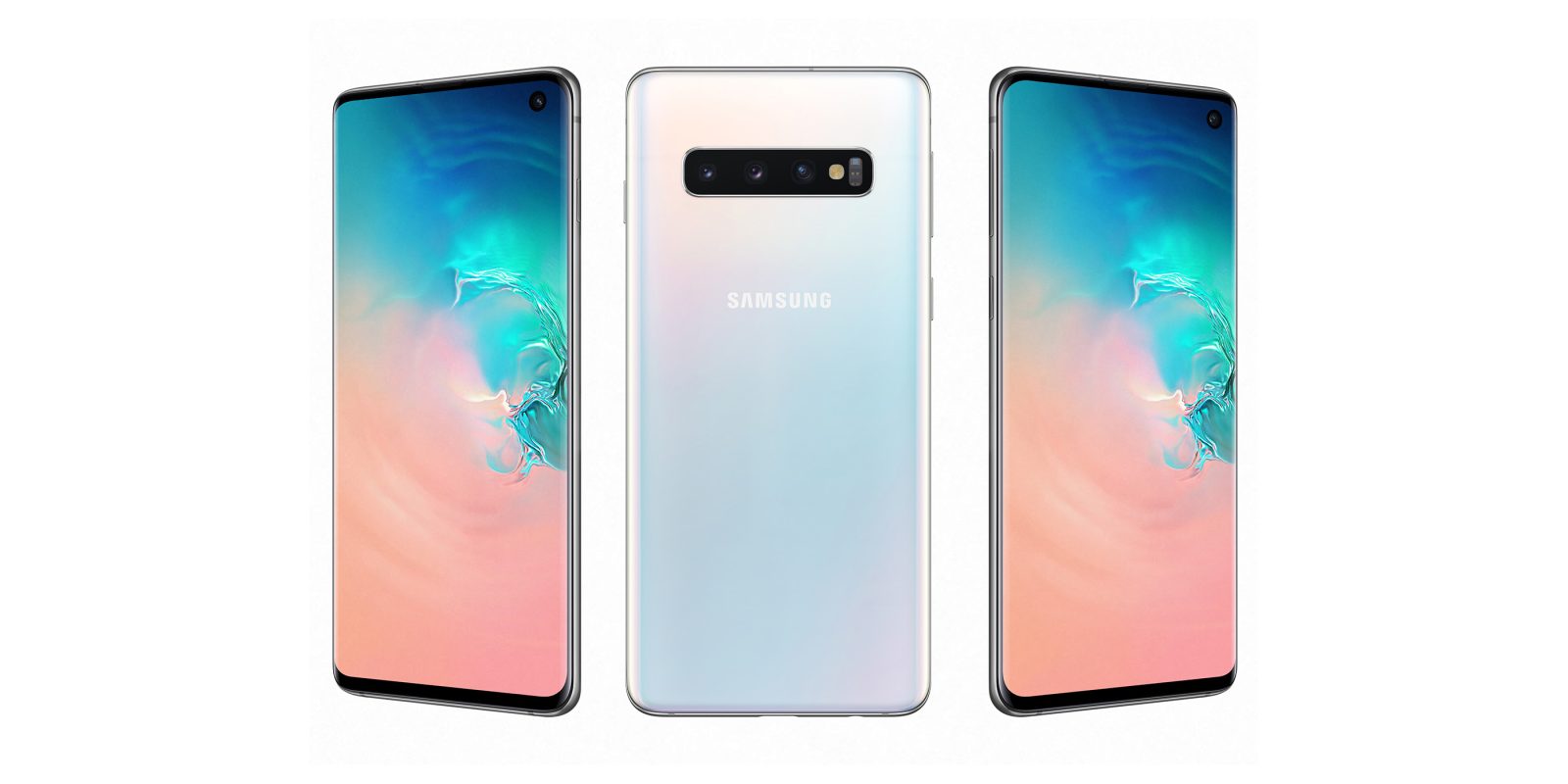 After several weeks full of rumors, reports, and leaks, Samsung officially unpacked the Galaxy S10 and S10+ today at a San Francisco event. The company’s new lineup brings a ton to the table, and a lot of the exciting bits and pieces about the device didn’t make it to the presentation on stage. Here are a few Galaxy S10 details you might have missed.

You can officially make the Bixby Button do whatever you want

If you ask me, this is the biggest news of the day. On the Galaxy S10, Samsung is officially letting you remap the Bixby button to any app on your device. Can I get a hallelujah up in here?

As pointed out by The Verge, there’s a setting on the Galaxy S10 which lets you assign a single or double tap of the Bixby button to any application on your device. However, it seems like it’s one or the other. If you assign a single tap to open Google, for example, a double-tap will open Bixby. In either case, a long-press still triggers Bixby Voice. Currently, it’s unclear if this same setting will extend back to older Samsung devices with the devil’s button. 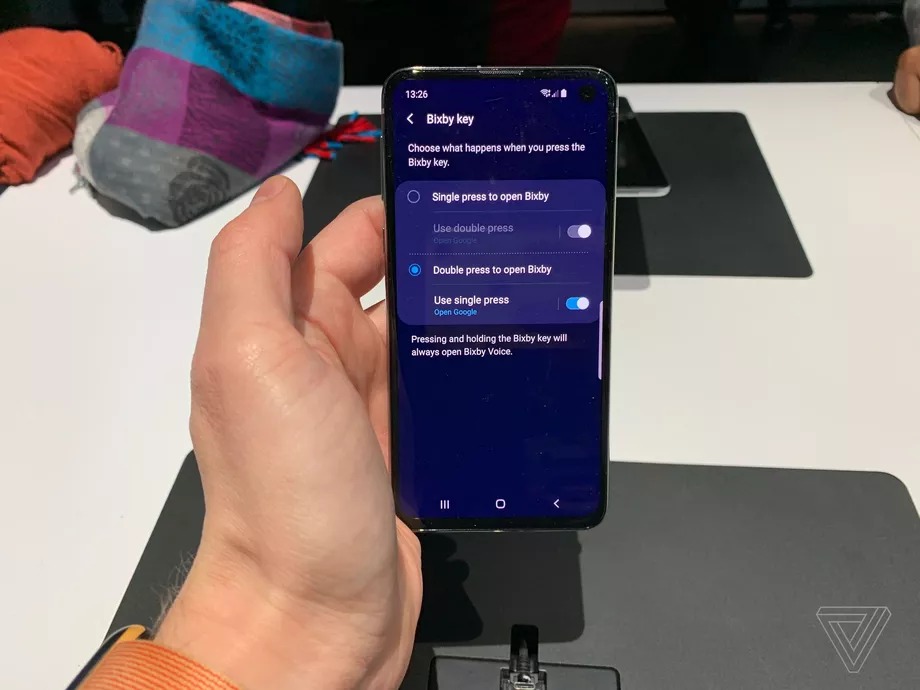 The ultrasonic fingerprint sensor is FIDO-approved

One of the biggest concerns with in-display fingerprint sensors so far has been security. Optical sensors have proven relatively easy to break into, but it seems Samsung has worked things out with the ultrasonic sensor in the Galaxy S10. Apparently, this is the first ultrasonic fingerprint system ever to feature FIDO Alliance Biometric Certification. That means it meets globally recognized industry standards for detecting users, offering “vault-like security” to keep the device safe.

These new colors are awesome

Samsung is launching the Galaxy S10 and the Galaxy S10+ in a slew of new color variants. There is, of course, the standard Prism White and Prism Black options, but also Green, Blue, Yellow, and Pink options. Some are vibrant, and others are just beautiful. If you can take a peek at Android Central’s shot of the Prism Blue Galaxy S10 below and not want to buy it, my apologies.

The Galaxy S10e doesn’t have a tele camera sensor

Samsung’s Galaxy S10e has only two cameras where its bigger brothers have three, but it keeps the ultra-wide sensor instead of the tele sensor. That means you won’t get the bit of optical zoom that sensor usually provides, but if you ask me it’s a very worthwhile tradeoff.

1TB will cost you a pretty penny

The Galaxy S10 family sees a hefty price increase from the S9 before it. Where that device started under $800, the base S10 costs just shy of $899, and the S10+ hits $999. However, if you want the top of the line, ceramic-backed, 1TB-housing, 12GB of RAM-ridiculousness Galaxy S10+, you’ll be paying a whopping $1,600 for it. The Verge points out that that comes out to $53.34 a month on AT&T’s payment plan, easily making it one of the most expensive devices available today. Until the Fold.

While the Galaxy S10 does keep the headphone jack, it does lose another quickly disappearing part of Android’s older days. For the first time on a Galaxy S device, the S10 lacks a notification LED (via SamMobile). Admittedly with added features such as the always-on display, the clock was ticking on this feature anyway, but still, Samsung was one of the last holdouts with the option. I can see the pitchforks going up already, but in all reality this probably shouldn’t stop you from buying a Galaxy S10. 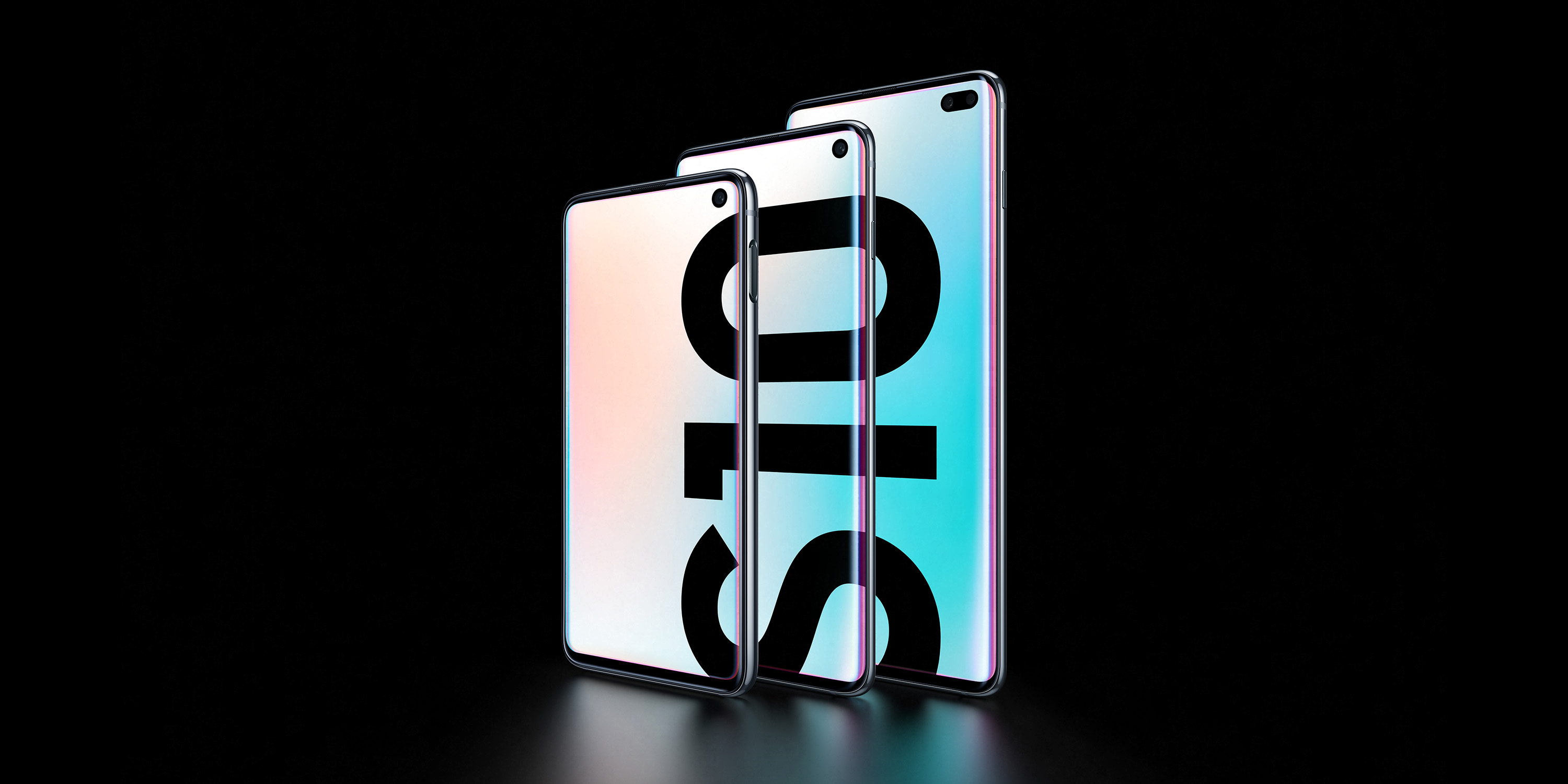 While the Galaxy S10 5G will be exclusive to Verizon in the United States for a while, it’s going to hit several operators out in Europe. Samsung details that major mobile network operators in France, Germany, Italy, Spain, Switzerland and the UK will carry the S10 5G this year.

Bixby was barely mentioned on stage at Samsung’s launch event today, but there was a new addition to the assistant today in the form of Bixby Routines. Arriving on the S10, Bixby Routines is basically Siri Shortcuts, but for your Samsung phone. It can program specific tasks to a key phrase, such as saying “Good night” and having Bixby turn on your phone’s Blue Light filter, turn off the ringer, and maybe set an alarm for the next morning.

The phone that learns your habits to blend seamlessly into your day. #GalaxyS10 #SamsungEvent
Learn more: https://t.co/1q8ihACGjB pic.twitter.com/zNIlrP46kd

The Galaxy S10 5G definitely looks like the power user phone out of this lineup, but you might want to hold back for just a second. While it does have the biggest screen, biggest battery, and the addition of things like a DoF sensor on the front, it lacks a microSD card slot as SamMobile points out. Most likely, the phone needs the extra space for 5G radios, which is why it’s probably so big in the first place.

There are other compatible glass screen protectors

Earlier this week one accessory maker claimed to be the only tempered glass screen protector that would work with the S10’s ultrasonic fingerprint sensor, but it seems that’s not the case. Belkin says that its “InvisiGlass Curve” protectors will work on the S10 and S10+ with the fingerprint sensor when they debut on March 8th. Samsung also mentioned to The Verge that it’s working with third-party accessory makers to make compatible glass screen protectors.

Fast charging is a very important part of smartphones today, so it’s a shame when flagships come with chargers that are slower than they can and should be. Apples aside, Samsung has been including the same fast charging tech in its flagships since the Galaxy S6, and it’s getting old at this point. The Galaxy S10, S10+, and S10e still ship with that same Adaptive Fast Charger, but the S10 5G ups the ante a bit.

As Android Police points out, the Galaxy S10 5G finally includes USB-C Power Delivery. That’s the same standard found on Google’s Pixel phones and plenty of other Android phones with USB-C. It’s probably only there because of the huge 4,500 mAh battery, but hopefully, it’s a sign of what’s to come on future Galaxy flagships.

The LED Cover has some seriously cool tricks up its sleeve

As noted in leaks leading up to the launch, Samsung is bringing a whole lot of new accessories alongside its new smartphone family. This includes a new LED cover which has some really cool tricks. HerGadgetMatch shows in a Facebook video that the case can actually show a timer for taking phones of yourself using the rear cameras. That’s probably just scratching the surface, but it’s insanely cool.

Samsung was the first OEM to get access to Fortnite on Android, and the Galaxy Note 9 came with an exclusive skin that people still ask for to this day. With the launch of the Galaxy S10, Samsung is launching another exclusive Fortnite skin, and this time it’s modeled after Jung Chan-woo, a member of South Korean boy band iKon. As The Verge points out, this skin is exclusive only to the S10+, so it won’t be available for the standard S10 or S10e either. 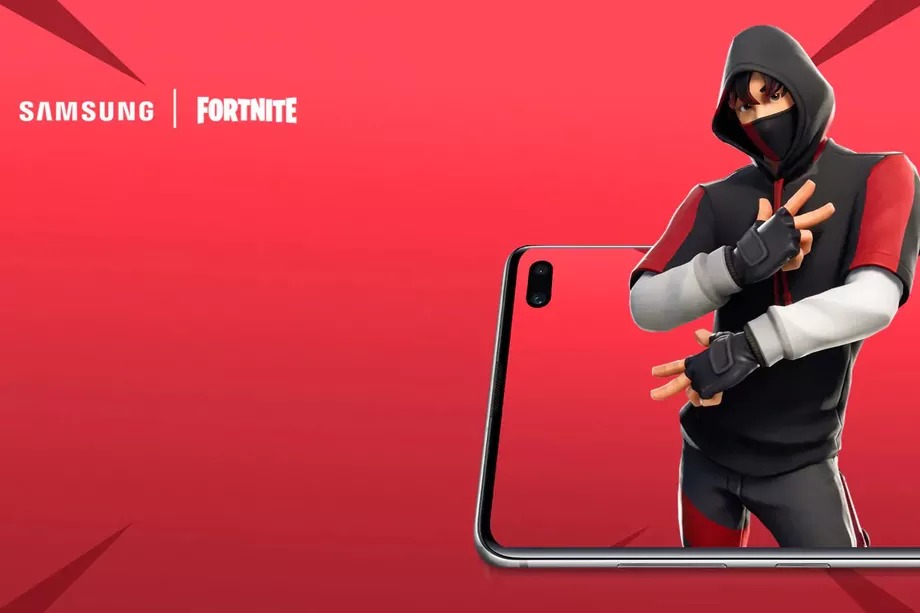