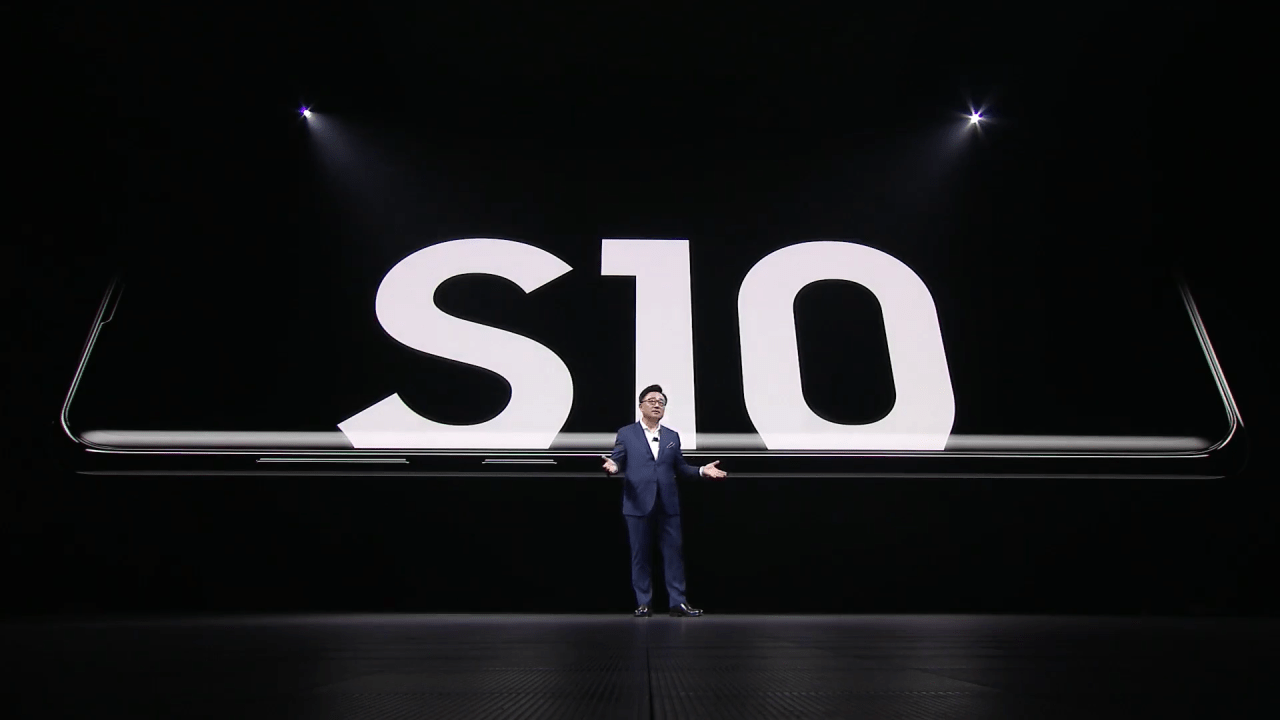 At its latest Unpacked event today in San Francisco, Samsung has officially debuted its latest flagship smartphones. Following months of leaks, the Samsung Galaxy S10 and Galaxy S10+ are official. Here’s what you need to know.

The biggest new change to the Samsung Galaxy S10 from its predecessor comes from the new “Infinity-O” display. Samsung’s take on a notch puts the selfie camera in a free-standing hole-punch in the top right corner of the device.

The Galaxy S10 has a 6.1-inch display with one camera in that cutout, with the Galaxy S10+ having two within that space, but on a larger 6.4-inch panel. Samsung says that this is the first “Dynamic AMOLED” display and gets 100% color accuracy, all with HDR10+. Also hidden under the display on the Galaxy S10 is an ultrasonic fingerprint sensor.

Under the hood, the Galaxy S10 and S10+ both use a Snapdragon 855 processor. That’s paired with at least 8GB of RAM on both devices, with an optional 12GB on the S10+. 128GB of storage is the base option across the board, with 512GB and 1TB options available on the S10+, and the latter on the S10. microSD cards are still supported as well. Samsung, of course, ships the Galaxy S10 and S10+ with Android 9 Pie and the company’s new One UI software layer. 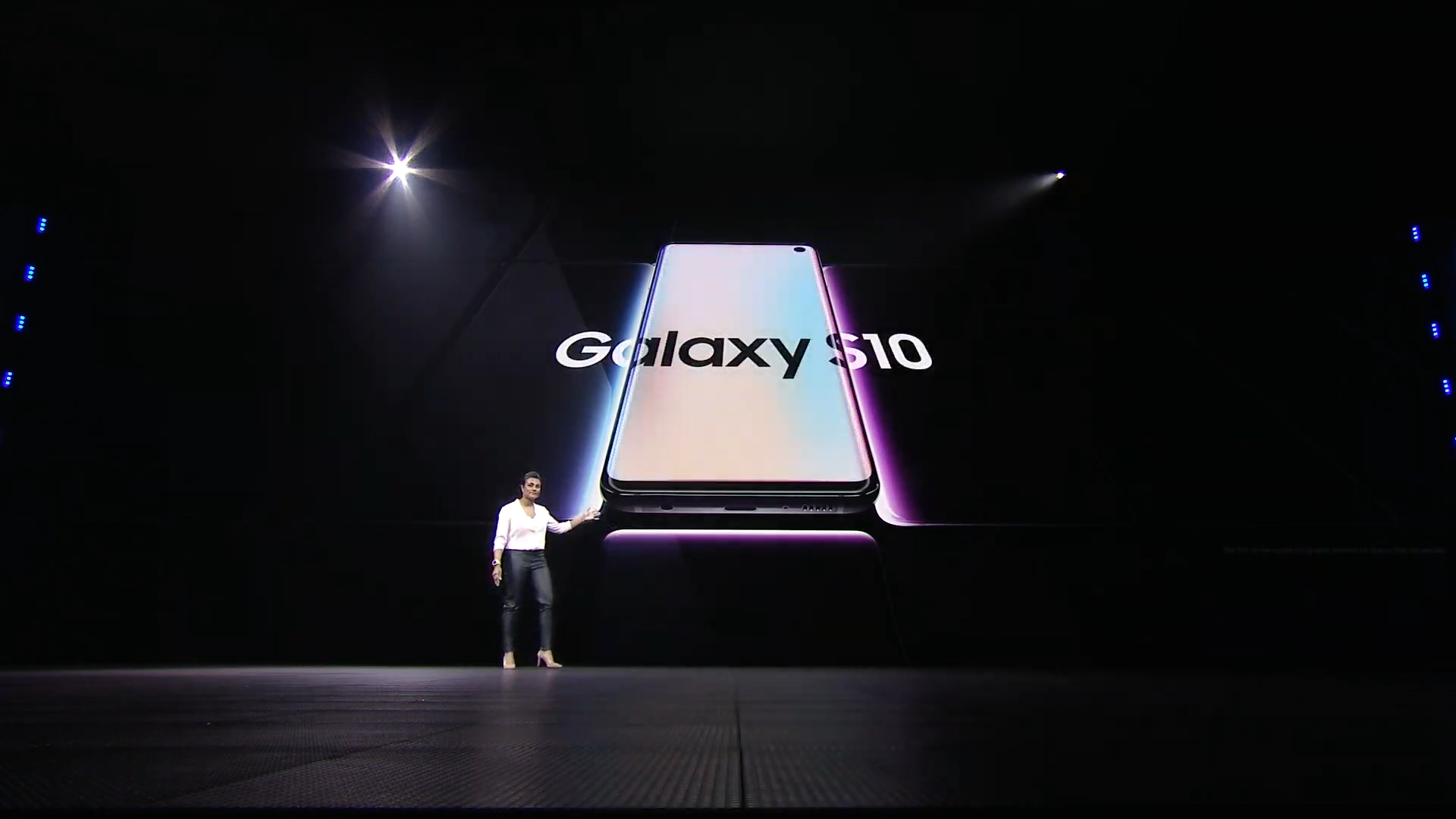 Around the back, the Galaxy S10 and S10+ both have three cameras. The primary sensor is a 12MP sensor with a 12MP telephoto lens and a new 16MP ultra-wide sensor added on. That ultra-wide lens is 123-degrees which Samsung says matches what the human eye can see. As for selfie shots, Samsung is using a 10MP primary sensor on both phones, and the S10+ gets an 8MP RGB depth sensor to go with that.

Samsung has also improved video performance on these cameras as well. This is the first smartphone that can shoot footage in HDR10+ quality. Further, the addition of Super Steady Recording uses digital stabilization to enhance video footage and remove shake from handheld video.

Wireless charging is also back this year, and Samsung is also including a new option which lets you wirelessly charge another device using your S10. USB-C is on board for charging, and the Galaxy S10 has a 3,400 mAh battery. As for the larger S10+, there’s a 4,100 mAh battery.

As for pricing, the Galaxy S10 costs $900, and the S10+ lands at $1000. Pre-orders open up tomorrow, February 21, and come with a free set of Samsung Galaxy Buds too, February 21. Both phones are available in Prism White, Prism Black, Prism Green, Prism Blue, Canary Yellow and Flamingo Pink. The S10+ will also be available in Ceramic Black and Ceramic White. The phone ships March 8th. For those looking to save a bit of money, the Galaxy S10e starts at $749.

Samsung notes that the Galaxy S10 is the first mobile device that officially supports Wi-Fi 6. The standard S10 doesn’t support 5G, though, but there is a special edition that does support that.