MWC announcements are in full swing today, and amongst showing off some foldable concepts, TCL is also making some announcements with BlackBerry and Alcatel. The BlackBerry Key2 is getting a new variant with a slick red paint job and Alcatel just unveiled four new Android devices. Here’s what you need to know.

Launching globally starting today, BlackBerry’s latest Key2 variant takes a note from the cheaper Key2 LE. The new BlackBerry Key2 Red Edition is pretty much the same QWERTY device we first got at last year’s MWC, but this time in a gorgeous red paint job. All of the metal bits ditch the silver and black colors of the standard variant, this time for a limited edition deep red color. It’s not quite as flashy as the “Atomic” color from the Key2 LE, but personally, I’m very much on board.

Specs are the same with a 4.5-inch display, physical QWERTY keyboard, Snapdragon 660, and 6GB of RAM. The only changes here are to the color, as well as the addition of some revised software. Hub+ includes a new “Action Bar” and both the BlackBerry Hub and Calendar get refreshed UIs.

Alcatel is also kicking off MWC with the announcement of four new Android products. This includes three new smartphones and a tablet too. 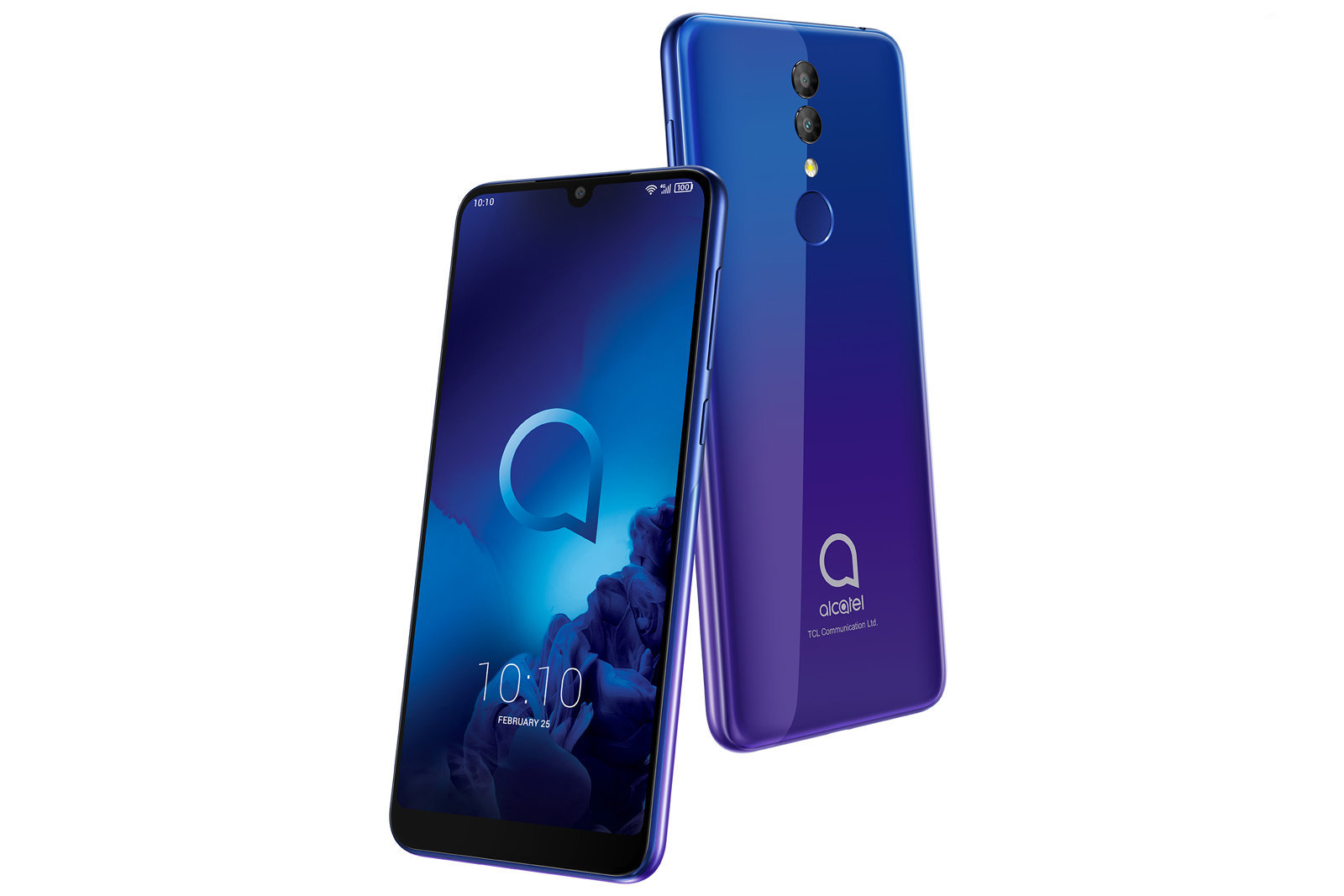 Firstly, there’s the new Alcatel 3 and Alcatel 3L. Both of these devices offer 5.9-inch HD+ 19.5:9 displays with a teardrop notch and surprisingly slim bezels given the budget status. A dual-camera array made up of 13MP and 5MP cameras are also found on both devices as well as 3,500 mAh batteries.

They differ under the hood mainly. A Snapdragon 439 paired with 3/4GB of RAM can be found on the Alcatel 3 where the 3L gets a Snapdragon 429 with either 2GB or 3GB of RAM. The Alcatel 3 also has a fingerprint sensor on the back where the 3L relies solely on Face Unlock. For €159 ($180) and €139 ($158) respectively, these look like solid offerings, although there’s no word on a US launch as of yet.

The Alcatel 1S, on the other hand, is a super low-cost device at €109 which has an 18:9 HD+ display, a 13MP/2MP rear camera offering, and a less impressive design too. There’s also an unnamed octa-core chipset, 3GB of RAM, and 32GB of storage with the 3,060 mAh battery. The 1S also offers a fingerprint sensor and Face Unlock.

Finally, there’s a new Android tablet from the company. With a 10-inch HD display, this €179 tablet offers up a “long-lasting” 4,080 mAh battery and, like everything else on this list, Android 9 Pie and Google Assistant. Alcatel advertises the 3T 10 with an optional “Audio Station” which offers better audio quality and enables an on-screen interface with at-a-glance information. That station is available in a bundle for €229.