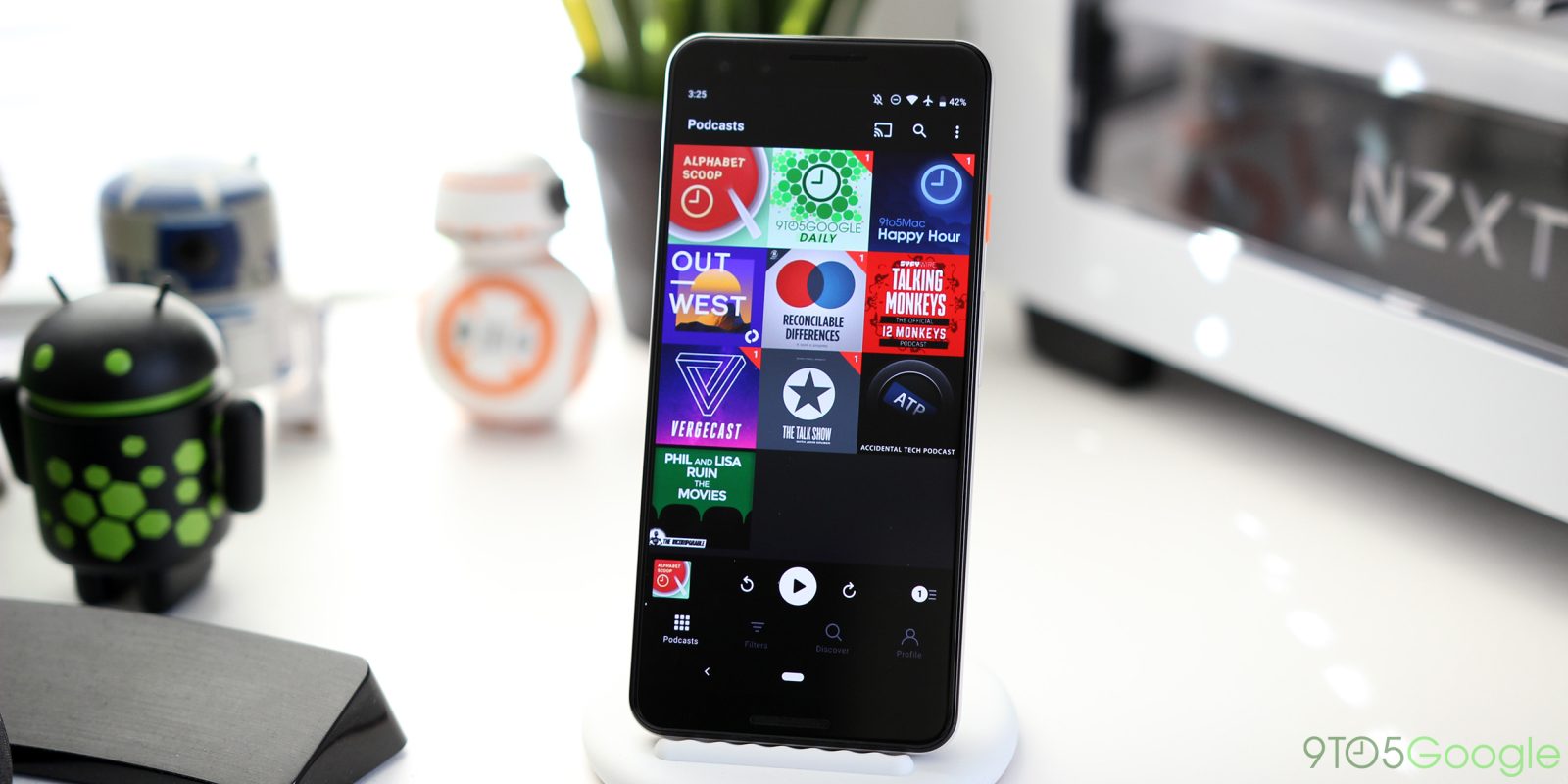 After being acquired by a public radio consortium last May, Pocket Casts announced a major overhaul for the web, iOS, and Android in November. The podcast app for the latter platform is today exiting beta with a Material Theme redesign and several new features.

According to Pocket Casts, the nearly four month beta that any user could join was “crucial,” given the “thousands of Android phones each with different configurations.”

We also wanted to gather as much feedback as we could and make changes where required. We committed to leaving it in beta until we ironed out all the known bugs and fixed usability issues.

The end result is a “vast increase in quality and stability before launch.” Pocket Casts 7 features a Material Theme that was briefly shown off at Google I/O 2018. A bottom bar replaces the navigation drawer for quick access to Podcasts, Filters, Discover, and Profile. Now Playing controls are docked just above it with a redesigned player that provides quicker access to your queue, tools, and show notes.

In the Podcasts tab, users can customize the grid density or default to a list view, with version 7 doing a better job at surfacing various options for badges, layout, and sorting. Light, dark, and extra dark themes are also available in Apperance settings.

Episode lists will note what’s already downloaded and if an episode is on the Up Next queue, which now syncs across devices. Swiping presents convenient Play Next and Play Last shortcuts, while podcasters can now tag shows.

When viewing a show listing, Pocket Casts 7 introduces the concept of archiving to manage episodes. It allows users to keep podcasts they want to return to, but already played. It also comes as you can now play an episode without subscribing to the show.

Meanwhile, the new “Discover” tab reflects the joint ownership by NPR, WNYC Studios, and WBEZ / This American Life. The app features both human and algorithmic selections to deliver recommendations by region.

Pocket Casts 7 on Android is also accompanied by a web and iOS revamp. The app still costs $3.99 with the free update available now for all users via the Play Store.