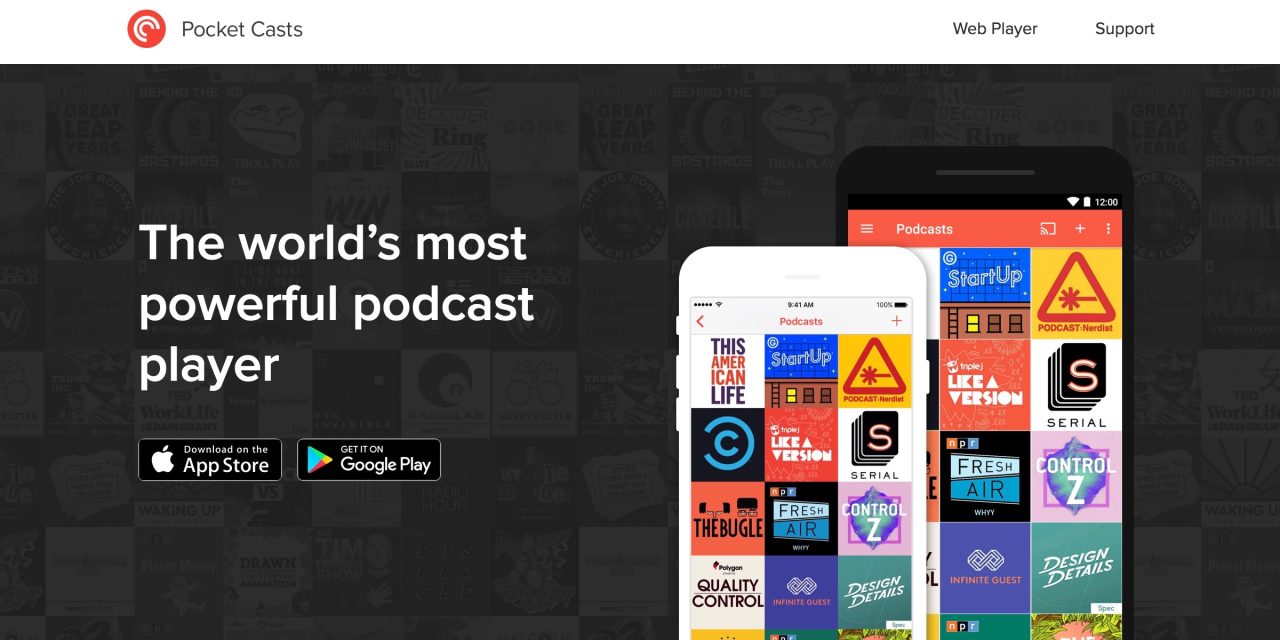 In recent weeks, Google announced significant podcasting plans beginning with Search and Assistant integration, while it explores AI features for the future. The space was long brewing before the Google initiatives, and today a consortium of very well-known U.S. public radio stations is acquiring Pocket Casts.

Created by the Australia-based Shifty Jelly, Pocket Casts is widely considered to be one of the best podcasting clients on Android due to its use of Material Design and quick support for new Android features. There’s also an iOS client and a web version of the service.

A press release (via The Verge) this morning announced the deal, with the buyers including NPR, WNYC, WBEZ, and This American Life.

This unprecedented collaboration furthers public radio’s leading role as an innovator in audio discovery and distribution, while ensuring the continued support and growth of one of the most popular listening platforms on the market.

The existing developers of the app and the Shift Jelly founders will remain at the helm, with the new venture being jointly owned by the consortium. Meanwhile, the new CEO of Pocket Casts is iHeartRadio / Clear Channel veteran Owen Grover.

For the moment, the app is not undergoing any changes, with the app remaining podcast-focused and international, versus just U.S. public radio. However, things might change in the future:

Going forward things are going to be different. We’ll be moving faster, we’ll be more ambitious in the things we do and we’ll have some amazing insights from the top podcast producers in the world to help guide our future steps.

The Shift Jelly developers note that this acquisition offer was different from past ones. They accepted the consortium’s offer due to the shared mission to improve the podcasting space.

We’ve had a lot of companies in the past contact us about acquiring us and or Pocket Casts and we’ve always had one simple answer for them: thanks, but no thanks.

That’s why when a combined group comprised of WNYC, NPR, WBEZ and This American Life approached us with the goal of partnering for the good of the entire podcast industry, we knew that this opportunity was something else entirely. Everything from their not for profit mission focus, to their unwavering belief that open and collaborative wins over closed walled gardens resonated deeply with us.