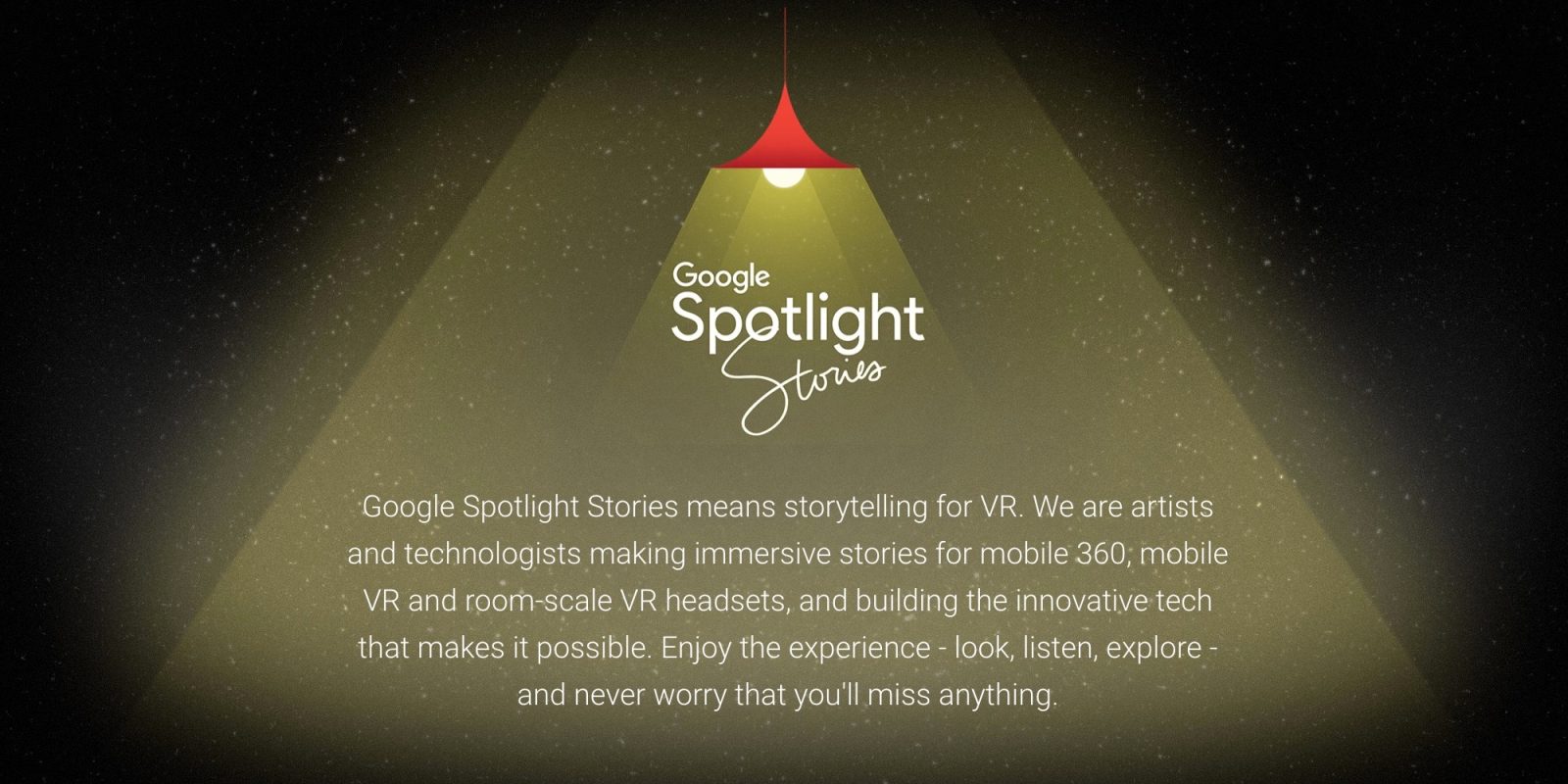 Despite selling Motorola to Lenovo in 2014, Google retained the Advanced Technologies and Projects group. Projects like Ara never came to fruition, but Tango merged into Google AR & VR, while Jacquard is a purchasable product today. One other project was Spotlight Stories, which Google is now shutting down.

The Spotlight Stories team was focussed on VR storytelling, and created 13 short films and experiences that were interactive. Users could explore by holding their phone out in front of them or wearing a VR headset, even Cardboard. Google worked with a wide-range of critically acclaimed directors including Justin Lin (Fast and Furious), Patrick Osborne (who directed Pixar’s Feast short), and Aardman Animation of Wallace and Gromit.

Variety last night reported that Spotlight Stories is shutting down after six years, with Google later confirming the closure. According to the report, Google “invested significant amounts of money into Spotlight Stories,” with no “mandate to monetize.” However, the studio did work with on a Behind the Scenes look for Isle of Dogs and The Simpsons.

Rather, the ATAP holdout appears to be prestige play on Google’s part to boost the company’s creative standing and artistic prowess. For example, Pearl was nominated in 2017 for an Academy Award for Best Animated Short Film. It did win a Creative Arts Emmy for Outstanding Innovation in Interactive Programming that year.

Meanwhile, the videos — many of which are on YouTube — or Android and iOS apps — ranked up a number of views. Google never moved to limit availability to its Daydream VR platform, for example.

The lost of the interactive studio is unfortunate, but we are increasingly entering an age where 360-degree content is now commonplace thanks to compute power and widely available camera rigs. Google continues to make content through YouTube Premium and has various artistic pockets like the Creative Lab and Arts & Culture, which just sponsored a Jacquard artist residency.