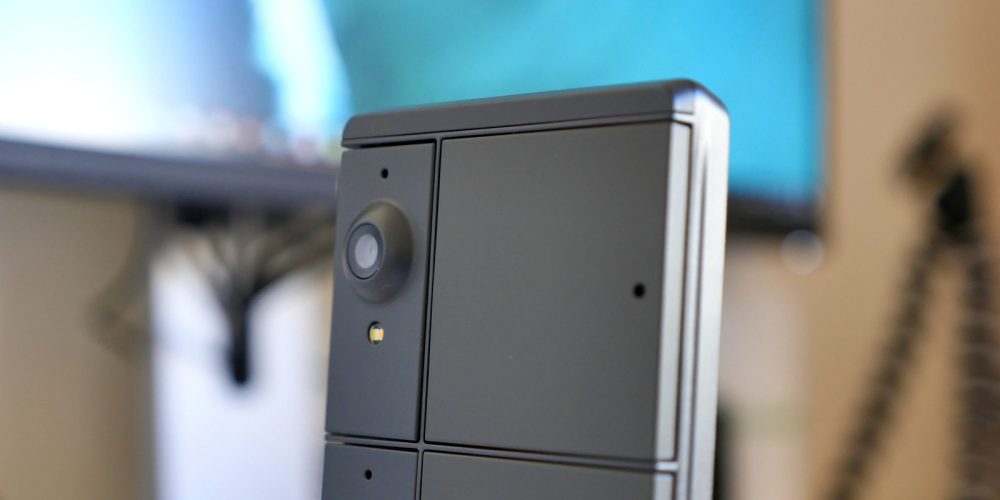 Google cancelled Project Ara — the smartphone project that hoped to bring modular to the masses — a couple of months ago, but that has left a lot of longtime fans of the project (myself included, obviously) wondering about what the device could have been. Now, thanks to Nick Gray at Phandroid, we’re starting to learn a bit more about one of the many Ara concepts…

The above photo is just one of several that Phandroid has uploaded in a gallery over at its website, but its looks weren’t exactly much of a secret. Since they actually have the phone in hand, they also managed to pull the full specifications. Based on the photos we’ve seen in this gallery and the video that the site uploaded earlier this week, this looks to be the same model that Google showed off earlier this year at Google I/O 2016.

This particular model happens to have a Qualcomm Snapdragon 810 (MSM8994), 3GB of RAM, a 5.46-inch 1080 x 1920 resolution TFT-LCD display, 32GB internal storage, a 3,450 mAh battery, and all the connectivity interfaces you would expect like WiFi, Bluetooth, GPS, and more. We’re not sure if this is correct, but the site lists the rear camera as “2.1 MP” and the front-facing camera as 5MP, both with a fixed-focus lens and 1080p video capture. And yes, there’s a headphone jack.

It may not have been clear in the marketing material, but these photos (and the below video) seem to make it a bit more obvious why this project was cancelled. While it’s a novel concept, Google’s ATAP division was a few years into its development when they showed off this prototype at I/O, and the phone was still a monster. I can’t see anyone actually wanting to buy this. But I guess the things Google learned with this cancelled project — as with many others — probably won’t go to waste in the end.

Phandroid says that it has more information coming on the device soon, and head on over to their site to check out Nick’s gallery of Ara photos. RIP Project Ara. We hardly knew ye.