Our APK Insight of Google Photos in November spotted a new “Express” backup option, which began rolling out to India last December. This new upload quality and Data Cap limit is now widely rolling out to the country, and coming soon to several others around the world.

“Express backup” joins the free, unlimited “High Quality” option in Google Photos, and “Original Quality.” It comes as data around the world is still constrained, with Google finding that “over a third of people using Google Photos in India have some photos that hadn’t been backed up in over a month.”

This “free fast backup at reduced resolution” compresses images to 3MP, which should be good for physical prints at 6 x 8 inches. Video is also reduced to 480p, with Google noting that closed captioning might be lost.

Aimed at poor and infrequent Wi-Fi connections, it rolled out to a small percentage of Google Photos on Android users in India last year. By the end of this week, it will be available to all Indian users on the latest version of the app. 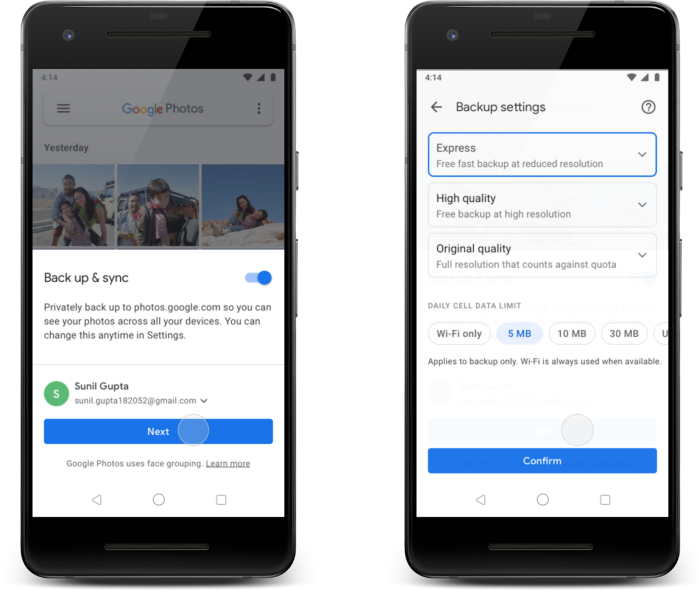 Meanwhile, Google is also adding a new Data Cap option for uploads. Applied daily, it lets you set how much cellular data is used for backups. Increments include 5MB, 10MB, or 30MB, as well as Wi-Fi only and Unlimited.

Google is bringing Express backup to dozens of other countries, though a list was not specified. It’s unlikely to come to the U.S. or Western markets, and likely targeting countries with constrained data environments. “Rolling out slowly,” Google is listening to feedback and adapting functionality for each region.