This Chrome extension brings the look of Inbox over to Gmail

Inbox is on its last legs, as the service is set to be killed off tomorrow. While there’s no true replacement out there yet, Gmail is where most users will end up. Now, there’s a free Chrome extension that makes Gmail for web look a lot like Inbox did.

Gmail still doesn’t have a lot of the features Inbox did, and one of those is the interface. A member of our own team told me how he can’t stand Gmail’s interface and preferred the clean look of Inbox. Luckily, there’s a Chrome extension for that.

As pointed out by ComputerWorld, a free Chrome extension can copy the majority of Inbox’s look and bring it to Gmail. After installing “Inbox Theme for Gmail” from the Chrome Web Store, Gmail can get a cleaner, slightly more organized look in just a couple of clicks.

This won’t revive any of Inbox’s features in Gmail, such as the missing bundles. However, it won’t break any of Gmail’s normal features either. Everything is themed to look just like Inbox, even the messages screen. This works on all Gmail accounts, even G Suite managed accounts. 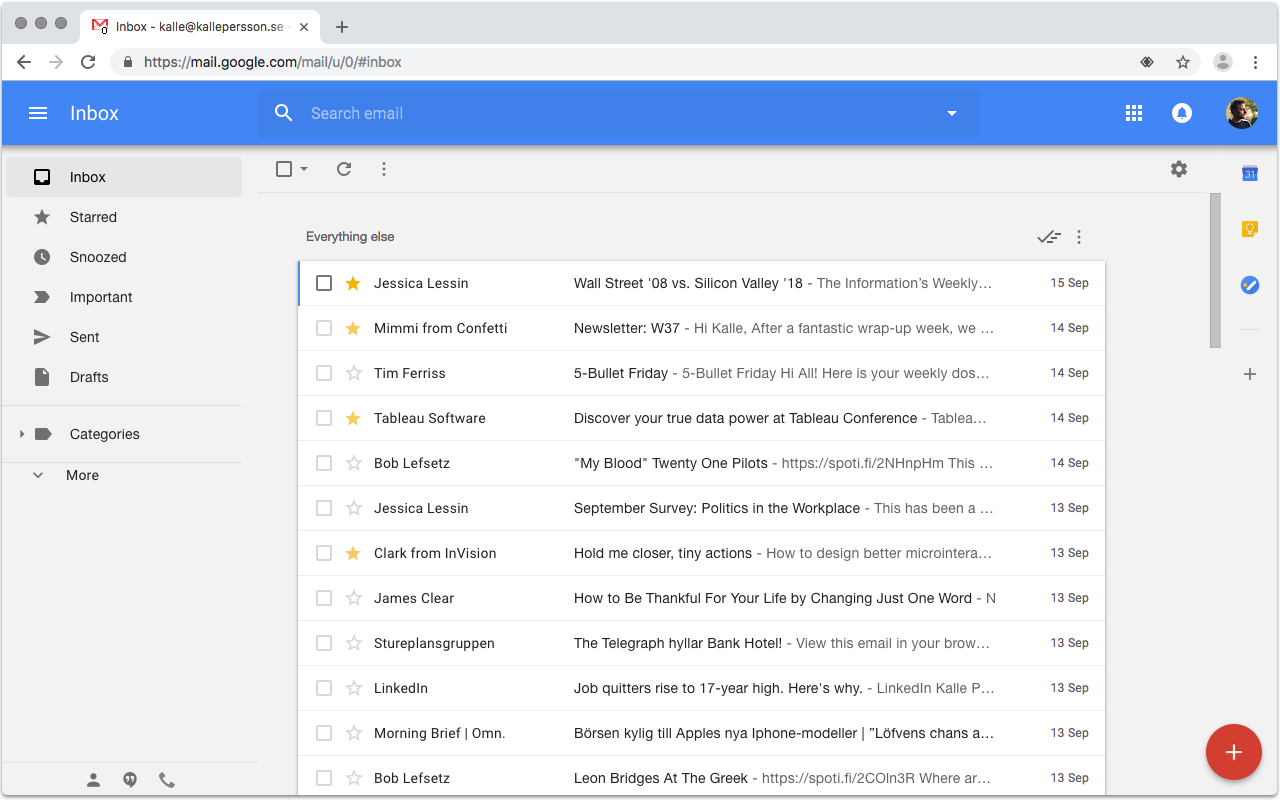 Notably, the developers behind this extension do say that they plan to bring support to both Firefox and Safari at some point.