Inbox by Gmail officially shuts down on April 2nd, 2019 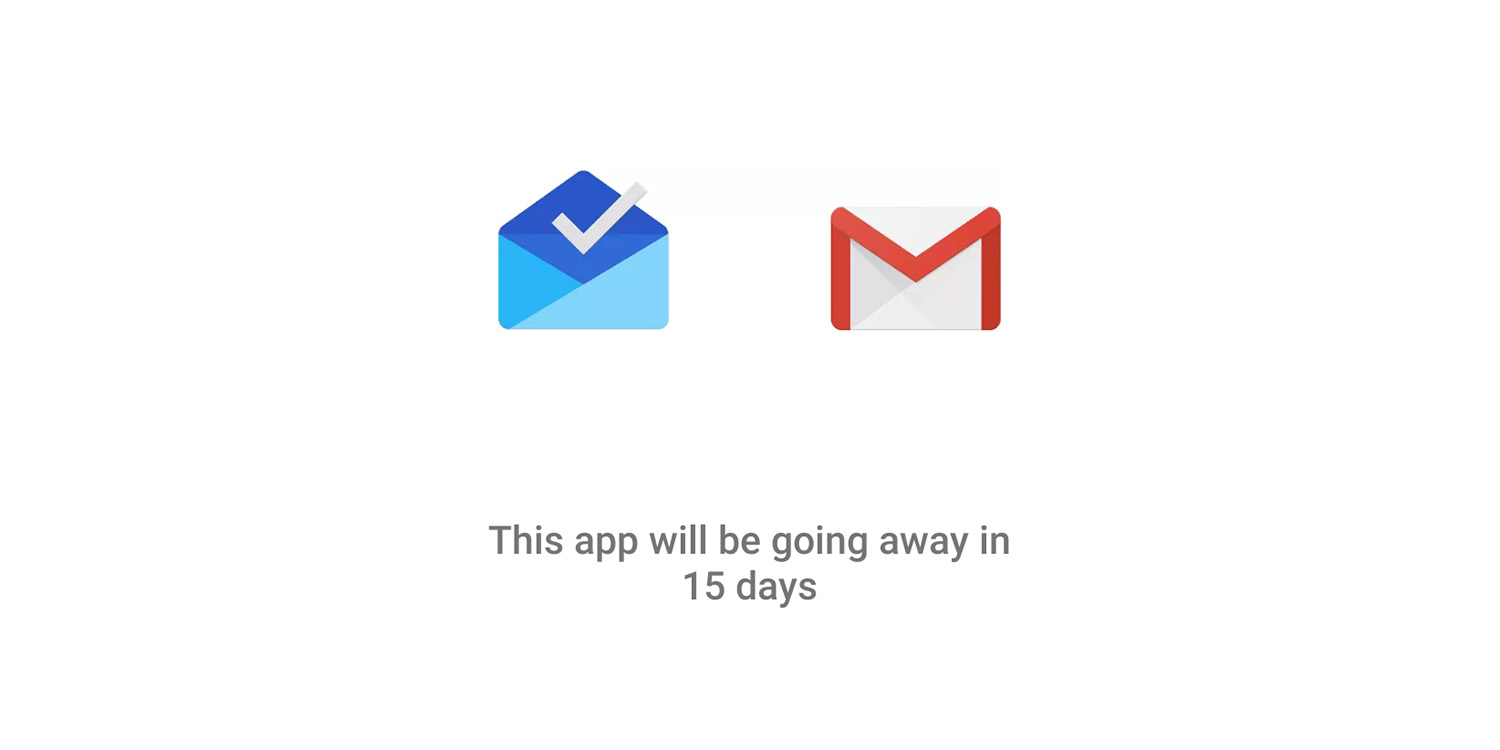 Google confirmed quite a while ago that its popular email app, Inbox by Gmail, would be shutting down sometime in Spring of 2019. The company neglected to confirm a specific date, however. Today, that date has been confirmed. Inbox by Gmail shuts down on April 2nd.

According to a notice sent out to Inbox users over the past few hours, Google has pegged down the official shut down date of Inbox by Gmail for 15 days from now. That lands the app’s official closure for April 2nd, 2019. Ironically, that’s the same day Google+ bites the dust.

Previously, the only timeline Google offered was “the end of March.” The in-app notice reads as follows:

This app will be going away in 15 days. You can find your favorite Inbox features in the Gmail app. Your messages are already waiting for you.

Along with the brief, heartbreaking message, Google offers a shortcut that opens up the Gmail app. Slowly but surely, Google is moving features from Inbox into the standard Gmail app, but many are still missing. Fortunately, Google says that it is “working hard” to bring the rest of those features over.

RIP Inbox. You’ll be missed along with all of the other stuff Google is killing this month.