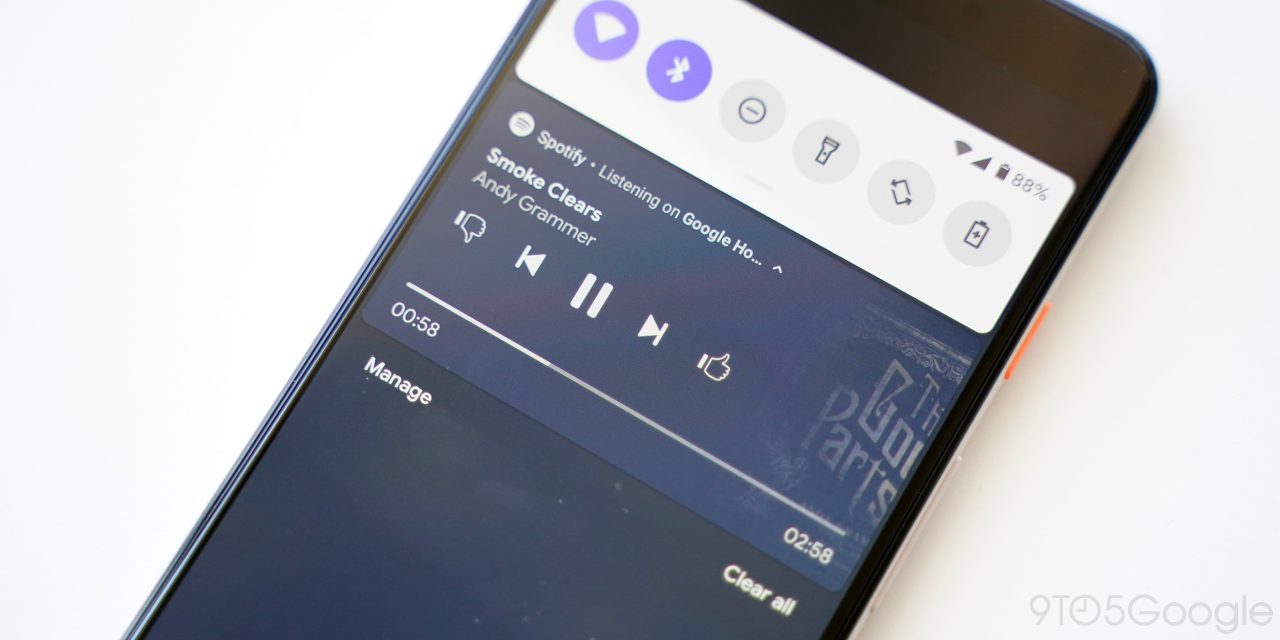 It seems like every Android release tweaks how notifications are handled in some way. In today’s second Android Q beta release, Google has added a progress bar to music notifications.

If you fully expand a media notification on Android Q beta 2, you’ll be greeted with a new progress bar for the currently playing track. This shows how long that media is as well as your current spot in the track. It works with all media, including both music and video, so long as it supports a typical Android media notification format.

In our quick testing, we were able to get this working with both Spotify and YouTube without a hitch. Spotify worked both with audio playing locally on the device as well as a connected source such as a Google Home speaker.

Unfortunately, this isn’t a full progress scrubber, at least on all apps. There’s no way to adjust your placement in the track from the notification beyond the typical Next/Previous buttons. That’s a shame, but this addition is still more than welcome. It does seem, though, that the scrubber functionality works with some apps. We were able to note it with YouTube Music, as seen below.